Registrant’s telephone number, including area code: (713) 881-3600
Check the appropriate box below if the Form 8-K filing is intended to simultaneously satisfy the filing obligation of the registrant under any of the following provisions:
Securities registered pursuant to Section 12(b) of the Act:
1
Item 1.01 Entry into a Material Definitive Agreement.
Cadence Credit Facility
On October 27, 2022, Adams Resources & Energy, Inc. (the “Company”) entered into a Credit Agreement (the “Credit Agreement”) between and among the Company, GulfMark Asset Holdings, LLC and Service Transport Company, each a wholly-owned subsidiary of Adams, as borrowers (the “Borrowers”), Cadence Bank, as administrative agent, swingline lender and issuing lender, and the other lenders party thereto (collectively, the “Lenders”). All capitalized words used in this description of the Credit Agreement without definition have the meanings assigned to them in the Credit Agreement.

The Term Loan amortizes on a 10 year schedule with quarterly payments beginning December 31, 2022, and matures on October 27, 2027 unless earlier accelerated. The Term Loan may be prepaid in whole or in part without premium or penalty, and must be prepaid with proceeds of any future debt issuance, the proceeds of any equity issuance to the extent proceeds exceed $2 million in any quarter with limited exceptions, and the proceeds of certain asset dispositions. The Term Loan bears interest at the SOFR Rate plus the Applicable Margin for SOFR Rate Loans as described above.

Pursuant to the terms of the Credit Agreement, Adams is required to maintain compliance with the following financial covenants on a pro forma basis, after giving effect to any borrowings (in each case commencing with the fiscal quarter ending December 31, 2022): (i) the Consolidated Total Leverage Ratio shall not be greater than 2.50 to 1.00; (ii) the Asset Coverage Ratio shall not be less than 2.00 to 1.00; and (iii) the Consolidated Fixed Charge Coverage Ratio shall not be less than 1.25 to 1.00. Each of such ratios is calculated as outlined in the Credit Agreement and subject to certain exclusions and qualifications described therein.

The Credit Agreement contains certain customary representations and warranties and affirmative and negative covenants. The affirmative covenants require Adams to provide the Lenders with certain financial statements, business plans, compliance certificates and other documents and reports and to comply with certain laws. The negative covenants restrict each of the Borrowers’ ability to incur additional indebtedness, create additional
2
liens on its assets, make certain investments, dispose of its assets or engage in a merger or other similar transaction or engage in transactions with affiliates, subject, in each case, to the various exceptions and conditions described in the Credit Agreement. The negative covenants further restrict each of the Borrowers’ ability to make certain restricted payments.

KSAI Stock Repurchase
On October 31, 2022, the Company entered into a Stock Repurchase Agreement (the “Stock Purchase Agreement”) with KSA Industries, Inc. (“KSAI”) and certain members of the family of the late Kenneth Stanley Adams, Jr., the Company’s founder (collectively, the “Sellers”). Prior to the transaction, KSAI was the Company’s largest stockholder. Under the terms of the Repurchase Agreement, the Company purchased an aggregate of 1,942,433 shares of its common stock from the Sellers for an aggregate purchase price of $69.9 million, at a price per share of $36.00 per share. Following the transaction, the Company will have 2,452,404 shares of common stock outstanding. The purchase price was funded with the proceeds of the $25 million term loan under the Company’s new credit facility with Cadence Bank, described in more detail above, with the balance funded with cash on hand.

The transactions contemplated by the Repurchase Agreement were reviewed and approved by a special committee of the Company’s board of directors, which received (among other things) fairness and solvency opinions from leading national advisory firms.

•Clarify that stockholder meetings and board meetings may be held by means of remote communication;
•Provide that notice of a stockholder meeting will be provided between 10 and 60 days (formerly 50 days) prior to the meeting, which is the period permitted by Delaware law;
3
•Reflect updates to requirements about stockholder lists at stockholder meetings and meeting adjournment notices, consistent with recent amendments to the Delaware General Corporation Law;
•Enhance procedural mechanics and disclosure requirements in connection with stockholder nominations of directors and submission of stockholder proposals (other than proposals to be included in the Company’s proxy statement pursuant to Rule 14a-8 under the Securities Exchange Act of 1934, as amended) made in connection with annual and special meetings of stockholders, including:
◦Requiring advance notice by a stockholder wishing to submit a stockholder proposal for consideration at an annual meeting, to be delivered to the Company in most cases not less than 90 days nor more than 120 days before the anniversary of the prior year’s meeting, which notice must include certain information about the stockholder proponent, any material interest of such stockholder in the matter, and any agreements such stockholder has with other parties and, in the case of a stockholder seeking to nominate a director, information about the proposed nominee, and a representation whether the stockholder intends to solicit proxies under the new “universal proxy” rules adopted by the SEC; and

◦Requiring any stockholder-nominated director candidate to provide the Company with certain information in questionnaires, with a representation and agreement stating, among other things, that he or she has not given any commitment or assurance that he or she will vote a certain way on any matter, and agreeing to comply with board policies in place that apply to directors;

•Outline procedures to be followed at a special meeting called by stockholders and the required form and content of a request for a special meeting by stockholders;
•Provide that no special meeting called by a stockholder shall be held if, among other things, the request does not comply with the Bylaws or applicable law or if an identical or substantially similar item of business is included in the Company’s notice of an annual or special meeting that has been called but has not yet been held or that is called for a date within 90 days of the stockholder’s request for a special meeting, or if an identical or substantially similar item was presented at an annual or special meeting of stockholders held not more than 12 months before the request for a special meeting, or not more than 120 days before the request in the case of election or removal of directors and certain related matters;
•Address the establishment of a record date for determining the stockholders entitled to act by written consent, and the appointment of an inspector of elections to confirm the validity of any action by written consent of stockholders;
•Simplify the description of the duties of certain officers;
•Provide more detailed provisions about establishing record dates for determining stockholders entitled to receive notice of a stockholder meeting, to vote at a meeting, or to receive dividends or other distributions;
•Include a Delaware forum selection provision to provide that the Court of Chancery in the State of Delaware (or, if the Court of Chancery does not have jurisdiction, the federal district court for the District of Delaware) shall be the sole and exclusive forum for certain corporate-law related claims;
•Include a federal forum selection provision for claims asserting a cause of action under the Securities Act of 1933, as amended; and
•Provide that the vote required in order for stockholders to approve amendments to the Bylaws is the majority of the outstanding stock entitled to vote on the matter.
4
The foregoing general description of the amendments to the Bylaws does not purport to be complete and is qualified in its entirety by reference to the full text of the Bylaws set forth in Exhibit 3.2 to this Form 8-K and incorporated in this Item by reference.
Item 8.01. Other Events.
On November 1, 2022, Adams issued a press release announcing the execution of the new Credit Agreement and the execution of the Repurchase Agreement. A copy of the press release is attached hereto as Exhibit 99.1.
Item 9.01 Financial Statements and Exhibits.
(d)    Exhibits.
5
SIGNATURES
Pursuant to the requirements of the Securities Exchange Act of 1934, the registrant has duly caused this report to be signed on its behalf by the undersigned hereunto duly authorized. 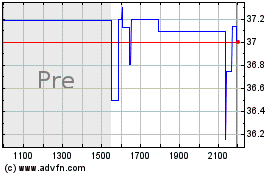