Proxy Statement Pursuant to Section 14(a) of the

Filed by the Registrant ☒

Filed by a Party other than the Registrant ☐

(Name of Registrant as Specified in its Charter)

(Name of Person(s) Filing Proxy Statement, if other than the Registrant)

Payment of Filing Fee (Check all boxes that apply):

AMENDMENT NO. 1 TO DEFINITIVE PROXY STATEMENT

The following information supplements and revises the Definitive Proxy Statement on Schedule 14A filed by AIM ImmunoTech Inc. (the “Company” or “AIM”) with the U.S. Securities and Exchange Commission on September 19, 2022 (the “Proxy Statement”) in connection with the Company’s Annual Meeting of Stockholders to be held on November 3, 2022, at 11:00 a.m., Eastern Daylight Time, at 2117 SW Highway 484, Ocala, Florida 34473 (including any adjournments, postponements or continuations thereof, the “Annual Meeting”).

The purpose of this Amendment No. 1 is to (i) provide updated biographical information on our Board’s proposed nominees—Thomas K. Equels, William M. Mitchell and Stewart L. Appelrouth—for election as directors at the Annual Meeting; and (ii) clarify the instructions on the attached form of proxy. The Company intends to mail this Amendment No. 1 and a revised WHITE proxy card to all stockholders.

As previously stated, your vote will be especially important this year. As you may be aware, Jonathan Thomas Jorgl (together, with the other participants in Mr. Jorgl’s solicitation, the “Dissident Group”) submitted documents to the Company purporting to provide notice (the “Purported Nomination Notice”) of Mr. Jorgl’s intent to nominate director candidates for election to the Board at the Annual Meeting. The Company has informed the Dissident Group that the Purported Nomination Notice is invalid due to its failure to comply with the Company’s Restated and Amended Bylaws. Mr. Jorgl has sued the Company and its directors in the Court of Chancery of the State of Delaware (the “Delaware Chancery Court”), seeking, among other remedies, declaratory judgment that the Purported Nomination Notice was valid. This case is pending, and the Delaware Chancery Court has scheduled a hearing on Mr. Jorgl’s motion for a preliminary injunction for October 5, 2022.

This Amendment No. 1 is being mailed to you with an updated WHITE proxy card. Because directors will be elected under Proposal 1 by a plurality of the votes cast at the Annual Meeting, there will be no option to vote “AGAINST” any director nominees at the Annual Meeting. We have revised the instructions to Proposal 1 to clarify that if you vote “FOR ALL EXCEPT” and write the name of a nominee on the line below Proposal 1, the proxies will withhold authority to vote your shares for each of the nominee(s) written on the line. If you have already voted “FOR ALL EXCEPT” using the WHITE proxy card sent to you with the Proxy Statement and you wrote the name(s) of any nominee(s) on the line below Proposal 1, your votes will be withheld with respect to such nominee(s) written on the line. If you vote, or have already voted, you can subsequently revoke that proxy by following the instructions on the enclosed WHITE proxy card to vote over the Internet or by telephone or by completing, signing and dating the WHITE proxy card and mailing it in the postage-paid envelope provided. Only your latest dated vote will count. Any proxy may be revoked prior to its exercise at the Annual Meeting as described in the Proxy Statement.

The first sentence in the response to the question “How do abstentions, against votes, broker non-votes, withhold votes and unmarked WHITE proxy cards affect the voting results?” on page 7 is amended and restated to read as follows:

The section of the Proxy Statement entitled “Nominees for Election as Director” on pages 28–29 is amended and restated in its entirety to reads as follow:

NOMINEES FOR ELECTION AS DIRECTOR

THOMAS K. EQUELS, Esq., 70, has been a director and serves as the Company’s Executive Vice Chairman (since 2008), Chief Executive Officer (since 2016) and President (since 2015). Mr. Equels was the owner of and former President and Managing Director of the Equels Law Firm headquartered in Miami, Florida that focused on litigation. For over a quarter century, Mr. Equels represented national and state governments as well as companies in the banking, insurance, aviation, pharmaceutical and construction industries. Mr. Equels received his Juris Doctor degree with high honors from Florida State University. He received his Bachelor of Science, summa cum laude, from Troy University and also obtained his Master of Science Degree from Troy University. Mr. Equels began his professional career as a military pilot. He served in Vietnam and was awarded two Distinguished Flying Crosses, the Bronze Star, the Purple Heart, and fifteen Air Medals. In 2012, he was Knighted by Pope Benedict.

STEWART L. APPELROUTH, CPA, 69, was appointed as a director of the Company and head of the Audit Committee in August 2016 and has been a certified public accountant and partner at Appelrouth Farah & Co., P.A., Certified Public Accountants and Advisors since he co-founded the firm in 1985. Appelrouth Farah & Co. joined Citrin Cooperman Advisors, LLC in March 2022. Mr. Appelrouth is also a certified forensic accountant and possesses 40 years of experience in Accounting and Consulting. He is a member of or has affiliations with the AICPA, American College of Forensic Examiners, FINRA Arbitrator, Association of Certified Fraud Examiners, Florida Bar Grievance Committee, Florida Institute of Certified Public Accountants and InfraGard Member, a national information sharing program between the Federal Bureau of Investigation and the private sector. Mr. Appelrouth graduated from Florida State University in 1975 and received his master’s degree in Finance from Florida International University in 1980.

THE BOARD RECOMMENDS A VOTE ON THE WHITE PROXY CARD “FOR ALL” OF THE BOARD’S NOMINEES (THOMAS K. EQUELS, WILLIAM M. MITCHELL AND STEWART L. APPELROUTH) TO BE ELECTED TO SERVE AS DIRECTORS ON THE BOARD. 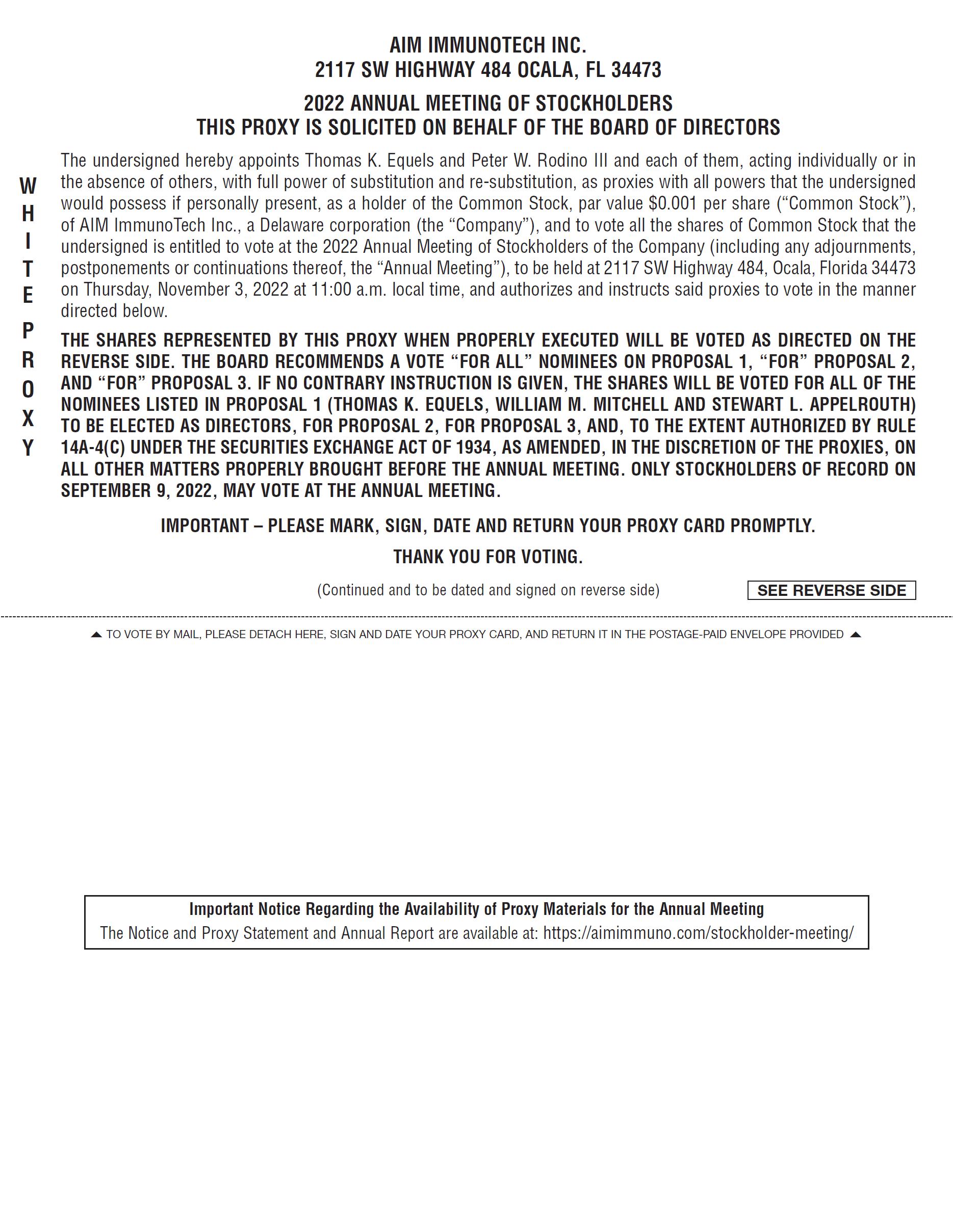 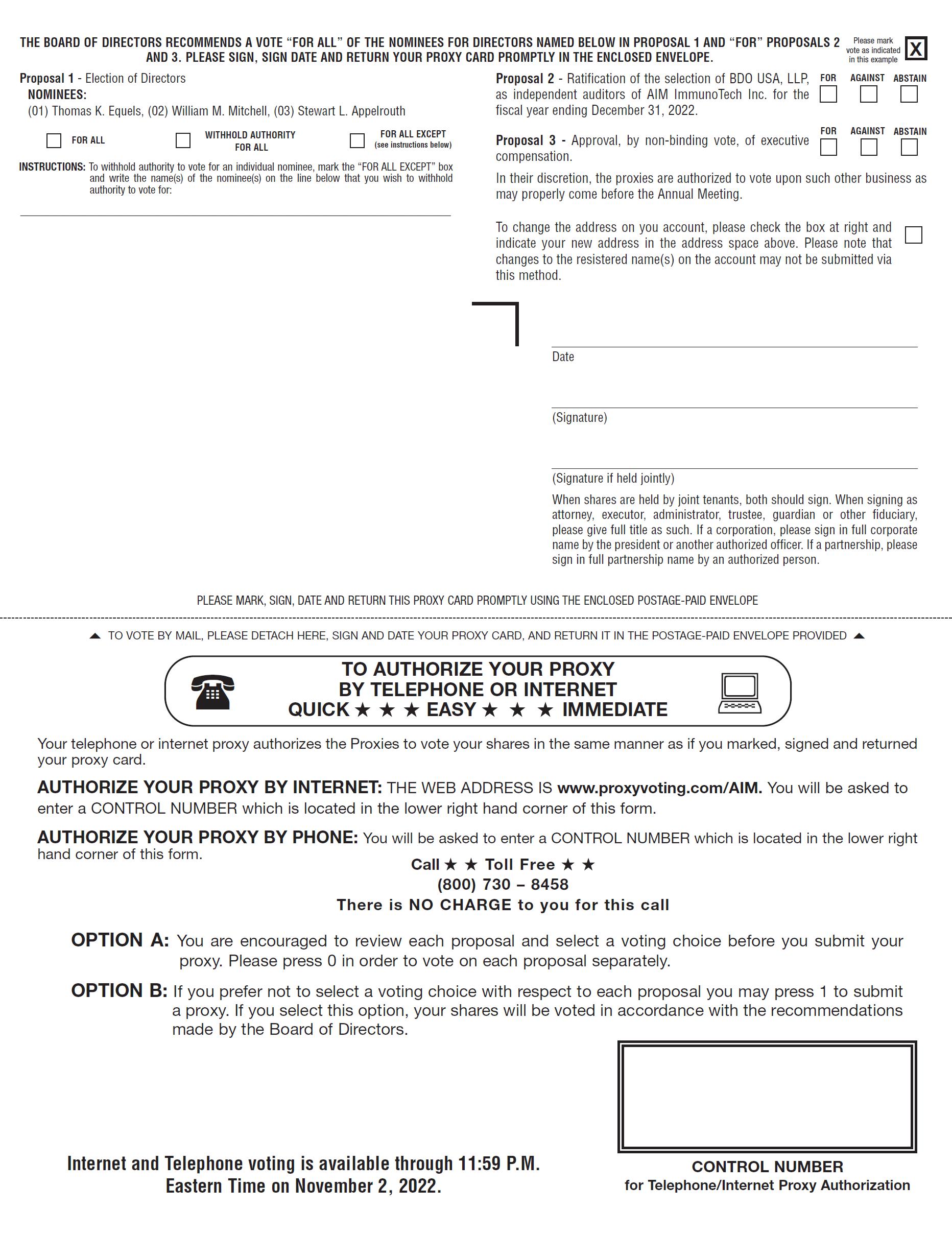 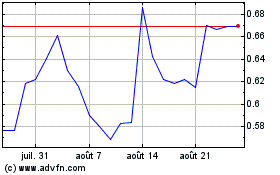 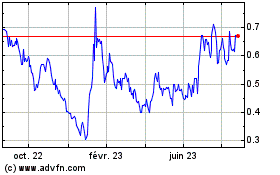 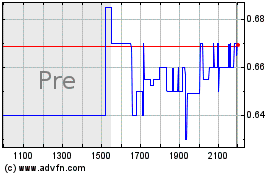