If an emerging growth company, indicate by check mark if the registrant has elected not to use the extended transition period for complying with any new or revised financial accounting standards provided pursuant to Section 13(a) of the Exchange Act.

The Company previously announced, in a Current Report on Form 8-K filed with the Commission on January 11, 2022, the anticipated retirement of its current Chief Financial Officer, William P. Kelly. The Company announced at that time that Mr. Kelly’s retirement would be effective when his replacement began full time work with the Company, but no later than June 30, 2022.

Mr. Malmanger, 66, brings expertise in strategic planning, M&A, and financial reporting and analysis, as well as public company reporting experience. He has successfully worked with companies in a variety of industries as they moved through periods of accelerated growth, most recently serving as Chief Financial Officer of OneroRX, a provider of telepharmacy services, from October 2019 to October 2021. From May 2017 to April 2019, Mr. Malmanger served as Chief Financial Officer of iCoreConnect, a provider of electronic medical record and encrypted email software, where he oversaw the successful recapitalization of the business. Mr. Malmanger also has experience in government contract acquisition and deployment. During his tenure as Chief Financial Officer and Vice President of Finance at American K-9 Detection Services from May 2010 to February 2015, he was responsible for the accounting, treasury and financial reporting functions and configured and implemented a Federal Acquisition Regulations compliant accounting system with SOX compliant internal control policies and procedures. He received his B.S. in Business and Accounting from Pillsbury College and his Master of Business Administration from Minnesota State University.  He previously was licensed as a CPA by the Iowa Society of Certified Public Accountants and has earned the designation of Certified Management Accountant from the Institute of Management Accountants.  Both licenses are currently inactive.

There are no family relationships between Mr. Malmanger and anyone currently serving as a director, executive officer, or director nominee of the Company.

There are no related party transactions between Mr. Malmanger and the Company that would require disclosure under Item 404(a) of Regulation S-K.

Item 5.07 Submission of Matters to a Vote of Security Holders.

At the Annual Meeting of Stockholders of BK Technologies Corporation (the “Company”) held on June 30, 2022, the Company’s stockholders: (i) elected D. Kyle Cerminara, Michael C. Mitchell, R. Joseph Jackson, Charles T. Lanktree, E. Gray Payne, John M. Suzuki, and Lloyd R. Sams to serve as directors of the Company until the next annual meeting of stockholders and until their respective successors are duly elected and qualified; (ii) ratified the appointment of MSL, P.A. as the Company’s independent registered public accounting firm for fiscal year 2022.

The voting results for each proposal were as follows:

Proposal No. 1- Election of Directors:

Proposal No. 2 - Ratification of Appointment of MSL, P.A.

The press release announcing the Quarterly Dividend is filed as Exhibit 99.1 to this Current Report on Form 8-K and is incorporated herein by reference.

At the meeting of the Company’s Board on June 30, 2022, the Board appointed the following directors to serve on the following committees of the Board:

Appointment of New Chairman of the Board

On July 5, 2022, the Board of Directors (the “Board”) of BK Technologies Corporation, a Nevada corporation (the “Company”), determined it was advisable and in the best interests of the Company to name D. Kyle Cerminara to serve as the Chairman of the Board to replace E. Gray Payne, and to accept General Payne’s resignation as Chairman of the Board.

Biographical information about Mr. Cerminara can be found in the Company’s most recent Definitive Proxy Statement.

Pursuant to the requirements of the Securities Exchange Act of 1934, as amended, the registrant has duly caused this report to be signed on its behalf by the undersigned hereunto duly authorized. 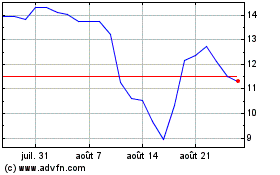 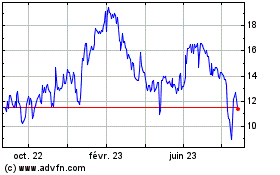 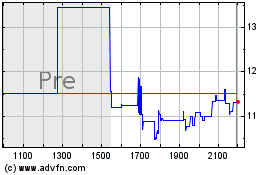