(Exact name of Registrant as Specified in Its Charter)

(Former Name or Former Address, if Changed Since Last Report)

Pursuant to and on the terms and conditions set forth in the Merger Agreement, (i) first, Merger Sub I will merge with and into Renovacor (the “First Merger”, and the effective time of the First Merger, the “First Effective Time”), with Renovacor continuing as the surviving entity (the “Initial Surviving Corporation”) in the First Merger and (ii) second, the Initial Surviving Corporation will merge with and into Merger Sub II (the “Second Merger”, and together with the First Merger, the “Mergers”), with Merger Sub II continuing as the surviving entity in the Second Merger and as a wholly owned subsidiary of Rocket.

The Mergers are intended to qualify for federal income tax purposes as a tax-free reorganization under the provisions of Section 368(a) of the Internal Revenue Code of 1986, as amended.

Subject to the terms and conditions of the Merger Agreement, at the effective time of the First Merger (the “First Effective Time”), each share of common stock of Renovacor, par value $0.0001 per share (collectively, the “Renovacor Shares”), issued and outstanding immediately prior to the First Effective Time will be converted into the right to receive a number of shares of common stock of Rocket, par value $0.01 per share (collectively, the “Rocket Shares”), determined on the basis of an exchange formula set forth in the Merger Agreement (the “Exchange Ratio”). The Exchange Ratio will initially be equal to approximately 0.1676 Rocket Shares for each Renovacor Share (subject to adjustment as described in this paragraph, the “Per Share Merger Consideration”). Under certain circumstances further described in the Merger Agreement, the Exchange Ratio may be adjusted upward or downward based on the level of Renovacor’s net cash at the closing of the First Merger and certain other adjustments, as determined in accordance with the Merger Agreement. There can be no assurances as to Renovacor’s level of net cash between now and the closing of the transactions contemplated by the Merger Agreement (the “Closing”).

In addition, subject to the terms and conditions of the Merger Agreement:

Conditions to the Mergers

The closing of the Mergers is subject to the satisfaction or waiver of certain conditions including, among other things, (i) the required approvals by Rocket’s and Renovacor’s stockholders, (ii) the accuracy of the respective representations and warranties of each party, subject to certain materiality qualifications, (iii) compliance by the parties with their respective covenants, (iv) the absence of any law or order preventing the Mergers and the contemplated transactions, (v) the Rocket Shares to be issued in the First Merger being approved for listing (subject to official notice of issuance) on Nasdaq as of the closing and (vi) the Registration Statement (as defined below) having become effective in accordance with the provisions of the Securities Act of 1933, as amended, and not being subject to any stop order or proceeding (or threatened proceeding by the Securities and Exchange Commission (the “SEC”)) seeking a stop order with respect to the Registration Statement that has not been withdrawn.

In connection with the Mergers, Rocket and Renovacor will jointly prepare and file a registration statement on Form S-4 (the “Registration Statement”), in which a joint proxy statement will be included (the “Proxy Statement”) to seek the approval of (i) Rocket’s stockholders with respect to certain actions, including the issuance of Rocket Shares, pursuant to the Nasdaq rules (the “Rocket Stockholder Approval”) and (ii) Renovacor’s stockholders with respect to certain actions, including the adoption of the Merger Agreement and the approval of the First Merger (the “Company Stockholder Approval”).

Renovacor is subject to a customary “no-shop” provision whereby, subject to certain exceptions, it is prohibited from, directly or indirectly (i) initiating, seeking or soliciting, or knowingly encouraging or facilitating (including by way of furnishing non-public information) or inquiring or the making or submission of any proposal that constitutes, or would reasonably be expected to lead to, a Company Acquisition Proposal (as defined in the Merger Agreement); (ii) participating or engaging in discussions or negotiating with, or disclosing any non-public information or data relating to, Renovacor or its Subsidiary or affording access to the properties, books or records of Renovacor or its subsidiary to any person that has made or could reasonably be expected to make, a Company Acquisition Proposal; or (iii) entering into any agreement, including any letter of intent, memorandum of understanding, agreement in principle, merger agreement, acquisition agreement or other similar agreement, whether or not binding, with respect to a Company Acquisition Proposal. The “no-shop” provision is subject to certain exceptions that permit the board of directors of Renovacor (the “Renovacor Board”) to comply with its fiduciary duties, which, under certain circumstances, would enable Renovacor to provide information to, and enter into discussions or negotiations with, third parties in response to a Superior Proposal (as defined in the Merger Agreement).

The Merger Agreement contains certain customary termination rights, including, among others:

In addition, under certain circumstances and in compliance with certain obligations set forth in the Merger Agreement, (x) Rocket and Renovacor are permitted to terminate the Merger Agreement prior to the First Effective Time, subject to the payment by either Rocket or Renovacor, as applicable, of a termination fee of $1.74 million or (y) in some circumstances, Rocket may be required to reimburse Renovacor’s expenses up to a maximum of $750,000.

transactions contemplated by the Merger Agreement, including against any competing proposals; (v) in favor of any adjournment or postponement recommended by Renovacor or Rocket, as applicable, with respect to any meeting of the Renovacor stockholders or Rocket stockholders, as applicable; and (vi) in favor of any other matter necessary or appropriate to effect the consummation of the transactions contemplated by the Merger Agreement, including the Mergers.

Renovacor, Rocket and certain of their directors, executive officers and other members of management may be deemed to be participants in the solicitation of proxies with respect to the proposed transaction. Information regarding the persons who may, under the rules of the SEC, be deemed participants in the solicitation of the shareholders of Renovacor or Rocket in connection with the proposed transaction, including a description of their direct or indirect interests, by security holdings or otherwise, will be set forth in the prospectus/joint proxy statement when it is filed with the SEC. Information regarding Renovacor’s directors and executive officers is contained in Renovacor’s definitive proxy statement, which was filed with the SEC on April 14, 2022, and Renovacor’s Current Reports on Form 8-K, filed with the SEC on March 28, 2022 and June 3, 2022 (as amended on June 24, 2022). Information regarding Rocket’s directors and executive officers is contained in Rocket’s definitive proxy statement, which was filed with the SEC on April 29, 2022. Security holders and investors may obtain additional information regarding the interests of such persons, which may be different than those of Renovacor’s or Rocket’s security holders generally, by reading the prospectus/joint proxy statement and other relevant documents regarding the transaction, which will be filed with the SEC. You may obtain these documents (when they become available) free of charge through the website maintained by the SEC at http://www.sec.gov and from the Investor Relations websites of Rocket or Renovacor as described above.

No Offer or Solicitation

This communication is not intended to and does not constitute an offer to sell or the solicitation of an offer to subscribe for or buy or an invitation to purchase or subscribe for any securities or the solicitation of any vote or approval in any jurisdiction pursuant to the proposed transaction or otherwise, nor shall there be any sale, issuance or transfer of securities in any jurisdiction in contravention of applicable law. This communication does not constitute a prospectus or prospectus equivalent document. No offering of securities shall be made except by means of a prospectus meeting the requirements of Section 10 of the U.S. Securities Act of 1933, as amended. In connection with the proposed transaction, Rocket will file a registration statement on Form S-4 that will include a joint proxy statement of Renovacor and Rocket and will also constitute a prospectus of Rocket. INVESTORS AND SECURITY HOLDERS OF RENOVACOR AND ROCKET ARE URGED TO READ THE PROSPECTUS/JOINT PROXY STATEMENT AND OTHER DOCUMENTS THAT WILL BE FILED WITH THE SEC CAREFULLY AND IN THEIR ENTIRETY WHEN THEY BECOME AVAILABLE BECAUSE THEY WILL CONTAIN IMPORTANT INFORMATION.

The following exhibits shall be deemed to be furnished.

Pursuant to the requirements of the Securities Exchange Act of 1934, the registrant has duly caused this report to be signed on its behalf by the undersigned thereunto duly authorized. 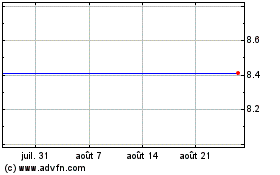 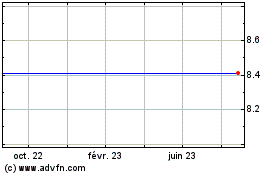 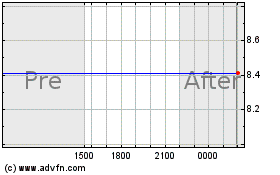