Kevin Himbeault, Denison's Vice President of Plant Operations & Regulatory Affairs, commented, "With the completion of construction and wet commissioning of the injection modules, we have now successfully commenced our initial injection of lixiviant into the test area, which represents the beginning of the leaching phase of the FFT."

David Cates, Denison's President and CEO, added, "We are proud of this notable milestone, particularly given the extensive coordination and efforts of Denison's Saskatoon-based technical team and our various construction partners that have delivered on the safe and timely construction and commissioning of this first-of-its-kind test facility."

Limited construction activities continue on-site to support future phases of the FFT (discussed below). Construction efforts for the FFT are being completed in collaboration with Tron Construction & Mining, a well-established operator in northern Saskatchewan that is part of the Des Nedhe Group and owned 100% by English River First Nation. Civil earthworks for the FFT are substantially completed, and continue to be supported by Snake Lake Contracting, another northern Saskatchewan-based and Indigenous-owned business.

Background on the FFT

The FFT is designed to use the existing commercial-scale ISR test pattern ("Test Pattern"), installed at Phoenix in 2021 (see news releases dated July 29, 2021, and October 28, 2021), to facilitate a combined assessment of the Phoenix deposit's hydraulic flow properties with the leaching characteristics that have been assessed through the metallurgical core-leach testing program.

Overall, the FFT is intended to provide further verification of the permeability, leachability, and containment parameters needed for the successful application of the ISR mining method at Phoenix and is expected to validate and inform various feasibility study design elements – including the expected production and remediation profiles.

The operation of the FFT is planned to occur in three phases: (1) the leaching phase, (2) the neutralization phase, and (3) the recovered solution management phase.

The neutralization phase involves the recovery of the remainder of the leached mineralized solution from the Leaching Zone and is intended to verify the efficiency and effectiveness of the process for returning the Leaching Zone to environmentally acceptable conditions. During this phase, a mild alkaline (basic) solution will be injected into the Leaching Zone to neutralize the area and reverse the residual effects of the acidic solution injected during the leaching phase.

The recovered solution management phase involves separating the solution recovered from both the leaching phase and the neutralization phase into (i) mineralized precipitates and (ii) a neutralized treated solution.

A PFS was completed for Wheeler River in 2018, considering the potential economic merit of developing the Phoenix deposit as an ISR operation and the Gryphon deposit as a conventional underground mining operation. Taken together, the Project is estimated to have mine production of 109.4 million pounds U3O8 over a 14-year mine life, with a base case pre-tax NPV of $1.31 billion (8% discount rate), Internal Rate of Return ("IRR") of 38.7%, and initial pre-production capital expenditures of $322.5 million. The Phoenix ISR operation is estimated to have a stand-alone base case pre-tax NPV of $930.4 million (8% discount rate), IRR of 43.3%, initial pre-production capital expenditures of $322.5 million, and industry-leading average operating costs of US$3.33/lb U3O8.  The PFS is prepared on a project (100% ownership) and pre-tax basis, as each of the partners to the Wheeler River Joint Venture are subject to different tax and other obligations.

Further details regarding the PFS, including additional scientific and technical information, as well as after-tax results attributable to Denison's ownership interest, are described in greater detail in the NI 43-101 Technical Report titled "Pre-feasibility Study for the Wheeler River Uranium Project, Saskatchewan, Canada" dated October 30, 2018, with an effective date of September 24, 2018.  A copy of this report is available on Denison's website and under its profile on SEDAR at www.sedar.com and on EDGAR at www.sec.gov/edgar.shtml.

Denison is a uranium exploration and development company with interests focused in the Athabasca Basin region of northern Saskatchewan, Canada. In addition to its effective 95% interest in the Wheeler River project, Denison's interests in the Athabasca Basin include a 22.5% ownership interest in the McClean Lake joint venture, which includes several uranium deposits and the McClean Lake uranium mill that is contracted to process the ore from the Cigar Lake mine under a toll milling agreement, plus a 25.17% interest in the Midwest Main and Midwest A deposits, and a 67.01% interest in the Tthe Heldeth Túé ("THT," formerly J Zone) and Huskie deposits on the Waterbury Lake property. The Midwest Main, Midwest A, THT and Huskie deposits are each located within 20 kilometres of the McClean Lake mill.

In particular, this news release contains forward-looking information pertaining to the following: status of commissioning and readiness of the FFT; scope, objectives and interpretations of the FS process for the proposed ISR operation for the Phoenix deposit, including the FFT and other testing programs and the interpretation of the results therefrom; the scope and design, and related test work, with respect to plans and process designs for the FS; and expectations regarding its joint venture ownership interests and the continuity of its agreements with its partners and third parties.

Forward looking statements are based on the opinions and estimates of management as of the date such statements are made, and they are subject to known and unknown risks, uncertainties and other factors that may cause the actual results, level of activity, performance or achievements of Denison to be materially different from those expressed or implied by such forward-looking statements. For example, the modelling and assumptions upon which the work plans for the Wheeler River Project are based may not be maintained after further work is completed.  In addition, Denison may decide or otherwise be required to discontinue testing, evaluation and development work if it is unable to maintain or otherwise secure the necessary resources (such as testing facilities, capital funding, regulatory approvals, etc.). Denison believes that the expectations reflected in this forward-looking information are reasonable, but no assurance can be given that these expectations will prove to be accurate and results may differ materially from those anticipated in this forward-looking information. For a discussion in respect of risks and other factors that could influence forward-looking events, please refer to the factors discussed in Denison's Annual Information Form dated March 25, 2022 or subsequent quarterly financial reports under the heading 'Risk Factors'. These factors are not and should not be construed as being exhaustive. 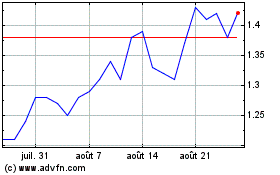 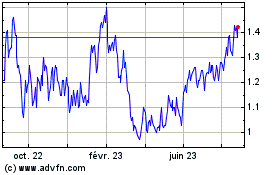 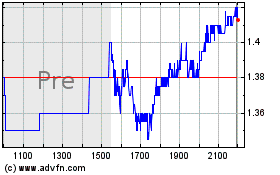