If an emerging growth company, indicate by check mark if the registrant has elected not to use the extended transition period for complying with any new or revised financial accounting standards provided pursuant to Section 13(a) of the Exchange Act.    ☐

On October 28, 2022, Imperial Oil Limited (the “company”) by means of a press release announced the intention to initiate a substantial issuer bid pursuant to which the company will offer to purchase for cancellation up to $1,500,000,000 of its common shares. A copy of the press release is attached as Exhibit 99.1 to this report.

On the commencement date of the Offer, Imperial Oil Limited will file an offer to purchase, accompanying issuer bid circular and related letter of transmittal and notice of guaranteed delivery (the “Offering Documents”) with Canadian securities regulatory authorities and mail these to the company’s shareholders. The company will also file a tender offer statement on Schedule TO, including the Offering Documents, with the United States Securities and Exchange Commission (the “SEC”). The Offer will only be made pursuant to the Offering Documents filed with Canadian securities regulatory authorities and as a part of the Schedule TO. Shareholders should read carefully the Offering Documents because they contain important information, including the various terms of, and conditions to, the Offer. Once the Offer is commenced, shareholders will be able to obtain a free copy of the tender offer statement on Schedule TO, the Offering Documents and other documents that Imperial Oil Limited will be filing with the SEC at the SEC’s website at www.sec.gov, with Canadian securities regulatory authorities at www.sedar.com, or from Imperial Oil Limited’s website at www.imperialoil.ca.

The following exhibit is furnished as part of this report on Form 8-K:

Imperial announces intention to launch substantial issuer bid for up to $1,500,000,000

Calgary, AB – October 28, 2022 – Imperial Oil Limited (TSE: IMO, NYSE American: IMO) announced today that the Board of Directors, on the recommendation of a special committee of independent directors, has authorized the initiation of a substantial issuer bid (the “Offer”) pursuant to which the company will offer to purchase for cancellation up to $1,500,000,000 of its common shares (the “Shares”). The company anticipates that the terms and pricing will be determined, and the Offer will commence, during the next two weeks and will be completed before the end of December 2022. All amounts are in Canadian dollars.

Under the proposed issuer bid, which remains subject to obtaining the necessary exemptive relief under applicable securities laws in Canada and the United States, shareholders wishing to accept the Offer will have the opportunity to tender their Shares through a modified Dutch auction or through a proportionate tender which will result in them maintaining their proportionate Share ownership.

Exxon Mobil Corporation (“ExxonMobil”), Imperial’s majority shareholder, has advised Imperial that it intends to make a proportionate tender in connection with the Offer in order to maintain its proportionate Share ownership at approximately 69.6 percent following completion of the Offer.

The Offer referred to in this news release has not yet commenced. This news release is for informational purposes only and does not constitute an offer to buy or the solicitation of an offer to sell Shares. An offer to purchase the Shares will only be made pursuant to Offer documents to be filed with the applicable securities regulators in Canada and the United States, which remains subject to obtaining the necessary exemptive relief under applicable securities laws in Canada and the United States. The Offer will be optional for all shareholders, who will be free to choose whether to participate, how many Shares to tender and, in the case of auction tenders, at what price to tender within the specified range. Any shareholder who does not deposit any Shares (or whose Shares are not repurchased under the Offer) will realize a proportionate increase in equity interest in Imperial, to the extent that Shares are purchased under the Offer.

Imperial is one of Canada’s largest integrated oil companies. It is active in all phases of the petroleum industry in Canada, including the exploration for, and production and sale of, crude oil and natural gas. In Canada, it is a major producer of crude oil, the largest petroleum refiner and a leading marketer of petroleum products. It is also a major producer of petrochemicals. The company’s operations are conducted in three main segments: Upstream, Downstream and Chemical.

After more than a century, Imperial continues to be an industry leader in applying technology and innovation to responsibly develop Canada’s

marketer from coast to coast, our company remains committed to high standards across all areas of our business.

Cautionary statement: Statements of future events or conditions in this release, including projections, expectations and estimates are forward-looking statements. Forward-looking statements can be identified by words such as believe, anticipate, intend, propose, plan, expect, future, continue, likely, may, should, will and similar references to future periods. Forward-looking statements in this release include, but are not limited to, references to the aggregate amount of Shares to be purchased for cancellation under the Offer; the timing for determining the terms and pricing, commencement and expiration; the structure of the bid including a modified Dutch auction procedure and proportionate tender; and ExxonMobil’s intent to make a proportionate tender.

Forward-looking statements are based on the company’s current expectations, estimates, projections and assumptions at the time the statements are made. Actual future financial and operating results, including expectations and assumptions concerning demand growth and energy source, supply and mix; commodity prices, foreign exchange rates and general market conditions; production rates, growth and mix; project plans, timing, costs, technical evaluations and capacities, and the company’s ability to effectively execute on these plans and operate its assets; that the necessary exemptive relief to proceed with the Offer under applicable securities laws in the United States and Canada will be received on the timeline anticipated; ExxonMobil making a proportionate tender in connection with the Offer; progression of COVID-19 and its impacts on Imperial’s ability to operate its assets; applicable laws and government policies, including restrictions in response to COVID-19; and capital and environmental expenditures could differ materially depending on a number of factors. These factors include global, regional or local changes in supply and demand for oil, natural gas, and petroleum and petrochemical products and resulting price, differential and margin impacts, including foreign government action with respect to supply levels and prices and the impact of COVID-19 on demand; the receipt, in a timely manner, of regulatory approvals; availability and allocation of capital; unanticipated technical or operational difficulties; operational hazards and risks; availability and performance of third-party service providers, including in light of restrictions related to COVID-19; management effectiveness and disaster response preparedness, including business continuity plans in response to COVID-19; currency exchange rates; political or regulatory events, including changes in law or government policy in response to COVID-19; general economic conditions; and other factors discussed in Item 1A risk factors and Item 7 management’s discussion and analysis of financial condition and results of operations of Imperial Oil Limited’s most recent annual report on Form 10-K and subsequent interim reports on Form 10-Q.

After more than a century, Imperial continues to be an industry leader in applying technology and innovation to responsibly develop Canada’s

marketer from coast to coast, our company remains committed to high standards across all areas of our business. 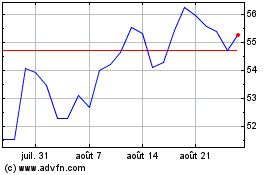 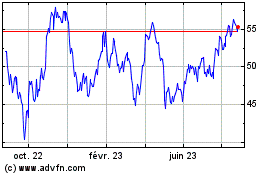 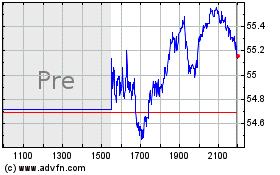