Under the Securities Exchange Act of 1934

(Title of class of securities)

(Name, Address and Telephone Number of Person Authorized to Receive Notices and Communications)

(Date of Event which Requires Filing of this Statement)

The information required on the remainder of this cover page shall not be deemed to be “filed” for the purpose of Section 18 of the Securities Exchange Act of 1934 (“Act”) or otherwise subject to the liabilities of that section of the Act but shall be subject to all other provisions of the Act (however, see the Notes).

This Statement on 13D (this “Schedule 13D”) relates to the common shares, without par value (the “Shares”), of Western Copper and Gold Corporation, a corporation incorporated under the laws of the province of British Columbia, Canada (the “Company”), the principal executive offices of which are located at Suite 1200—1166 Alberni Street, Vancouver, British Columbia V6E 3Z3.

Rio Tinto, through its group companies, has mining operations around the world. RTCI is a wholly-owned subsidiary of Rio Tinto and is a major investment holding company for the group.

The name, business address, present principal occupation or employment and citizenship of each of the executive officers and directors of each of the Rio Tinto Companies are set forth in Schedule A hereto and are incorporated by reference herein.

During the last five years, none of the Rio Tinto Companies nor, to the best of their knowledge, any of the persons listed in Schedule A hereto has been: (i) convicted in a criminal proceeding (excluding traffic violations or similar misdemeanors) or (ii) a party to a civil proceeding of a judicial or administrative body of competent jurisdiction and as a result of such proceeding was or is subject to a judgment, decree or final order enjoining future violations of, or prohibiting or mandating activities subject to, federal or state securities laws or finding any violation with respect to such laws.

The Rio Tinto Companies are party to a Joint Filing Agreement, dated November 22, 2022, a copy of which is filed with this Schedule 13D as Exhibit A, pursuant to which they have agreed to file this Schedule 13D jointly in accordance with the provisions of Rule 13d-1(k)(1) under the Securities Exchange Act of 1934, as amended.

Item 3. Source and Amount of Funds or Other Consideration

On November 23, 2022, RTCI also exercised its rights under the Investor Rights Agreement to extend RTCI’s rights to; (a) appoint an investor nominee to the board of Company if RTCI’s ownership in the Company increases to more than 12.5%; (b) participate in a secondment program with the Company; (c) receive quarterly reports and access the Company’s books and records; and (d) receive draft press releases describing study results (collectively, the “Additionally Extended Rights”). The Additionally Extended Rights are extended through November 28, 2023, or through the date that is six months after the completion of the Study, as applicable.

The foregoing descriptions of the Subscription Agreement, the Investor Rights Agreement and the Extension Letter do not purport to be complete and are qualified in their entirety by reference to Exhibits B, C and D, which are incorporated herein by reference.

The information set forth in Items 3 and 6 of this 13D are hereby incorporated in this Item 4 by reference.

All of the Shares that are held of record by Rio Tinto and RTCI as reported herein were acquired for investment purposes. Rio Tinto and RTCI reserve the right to take any action in respect of its investment in the Company as it deems appropriate and is permissible, including engaging in or approving an acquisition or disposition of the Company or its securities, participating in an extraordinary corporate transaction involving the Company or any of its subsidiaries including acquiring all or a substantial portion of the outstanding shares in the Company, or a sale or transfer of a material amount of assets of the Company or any of its subsidiaries, selling or otherwise disposing of the shares in the Company, making changes to the Company’s governance or organizational documents, or making proposals to the Company, alone or jointly with a third party, concerning the long-term structure of its existing investment or other changes to the capitalization, ownership structure, business, finances, operations, enterprise risk management, environmental, social and governance (ESG) policies of the Company.

None of the Reporting Persons has any plans or proposals of the type referred to in clauses (a) through (j) of Item 4 of Schedule 13D, although they and their affiliates reserve the right to formulate such plans or proposals in the future. However, as part of the ongoing evaluation of investment and investment alternatives, Rio Tinto and RTCI may consider such matters and, subject to applicable law, may formulate a plan with respect to such matters and, from time to time, may hold discussions with or make formal proposals to management or the Board of Directors of the Company or other parties regarding such matters.

RTCI ’s Demand Registration Rights and PiggyBack rights terminate upon the earlier of (a) RTCI ’s ownership percentage falling below 8.0% and (b) May 31, 2024 (unless the Company and RTCI agree to extend the termination date beyond May 31, 2024).

Pursuant to the Investor Rights Agreement, if the Company issues any Shares or convertible securities (the “New Securities”) to a third-party, the Company shall offer to RTCI the opportunity to subscribe for such number of securities (the “Offered Securities”) of the same class as the securities comprising the new issuance, such that the ratio of the Offered Securities bears to the sum of the New Securities and the Offered Securities is the same as the ratio that (i) the aggregate of the Shares then owned by or over which control or direction is exercised by the RTCI (calculated on a non-diluted basis), bears to (ii) all Shares then outstanding (calculated on a non-diluted basis). Further, RTCI has the right to acquire additional securities of the Company as to maintain its proportional equity interest in the Company in connection with (i) any equity-based compensation arrangements of the Company and (ii) the conversion, exercise or exchange of any convertible securities issued prior to or after the date of the Investor Rights Agreement.

The foregoing descriptions of the Subscription Agreement and the Investor Rights Agreement do not purport to be complete and are qualified in their entirety by reference to Exhibits B and C, respectively, which are incorporated herein by reference.

Item 5. Interest in Securities of the Issuer

Pursuant to the Investor Rights Agreement, RTCI has anti-dilution rights that permit it to acquire additional securities of the Company so as to maintain its proportional equity interest in the Company.

The percentages of Shares reflected above and in the responses in Row (13) of the cover pages of this Schedule 13D with respect to each of the Rio Tinto Companies are based on 151,597,489 outstanding Shares as of September 30, 2022, as disclosed by the Company in its Condensed Interim Consolidated Financial Statements for the three and nine months ended September 30, 2022 attached as an Exhibit to the Company’s Report on Form 6-K filed with the SEC on November 4, 2022.

Except as disclosed in this Schedule 13D, none of the Rio Tinto Companies nor, to the best of their knowledge, any of the persons listed in Schedule A hereto, beneficially owns any Shares or has the right to acquire any Shares.

Except as disclosed in this Schedule 13D, none of the Rio Tinto Companies nor, to the best of their knowledge, any of the persons listed in Schedule A hereto, presently has the power to vote or to direct the vote or to dispose or direct the disposition of any other Shares which they may be deemed to beneficially own.

Except as disclosed in this Schedule 13D, none of the Rio Tinto Companies nor, to the best of their knowledge, any of the persons listed in Schedule A hereto, has effected any transaction in the Shares during the past 60 days.

Item 6. Contracts, Arrangements, Understandings or Relationships with Respect to Securities of the Issuer

The information set forth in Items 3 and 4 is hereby incorporated in this Item 6 by reference.

Pursuant to the Investor Rights Agreement, the Company and RTCI have agreed to establish a technical committee (“the Technical Committee”) to review and recommend all material technical decisions to be made in respect of the Company’s Casino project located in Yukon Territory, Canada (the “Project”). The Company is required to provide RTCI with certain information relating to the Project. The Technical Committee will consist of two members appointed by the Company and one member appointed by RTCI ,

Pursuant to the Investor Rights Agreement, the Company and RTCI have agreed to establish a secondment program for Rio Tinto employees, with a view to facilitating the exchange of people, ideas and best practices between Rio Tinto and the Company (the “Secondment Program”).

The rights provided to RTCI in connection with the Technical Committee and the Secondment Program will terminate the earlier of (a) RTCI ’s ownership in the Company falling below 5.0% and (b) November 30, 2022 (unless the Company and RTCI agree to extend the respective termination dates beyond November 30, 2022).

Except as described above or elsewhere in this Schedule 13D or incorporated by reference in this Schedule 13D, there are no contracts, arrangements, understandings or relationships (legal or otherwise) between Rio Tinto and RTCI or, to the best of their knowledge, any of the persons named in Schedule A hereto or between Rio Tinto or RTCI and any other person or, to the best of their knowledge, any person named in Schedule A hereto and any other person with respect to any securities of the Company, including, but not limited to, transfer or voting of any securities, finder’s fees, joint ventures, loan or option arrangements, puts or calls, guarantees of profits, division of profits or losses, or the giving or withholding of proxies.

The foregoing descriptions of the Subscription Agreement and the Investor Rights Agreement do not purport to be complete and are qualified in their entirety by reference to Exhibits B and C, which are incorporated herein by reference.

Item 7. Materials to be Filed as Exhibits

After reasonable inquiry and to the best of my knowledge and belief, each of the undersigned certifies that the information set forth in this statement is true, complete and correct.

The response set forth in Schedule A of the Schedule 13D is hereby amended and restated in its entirety with the information below: 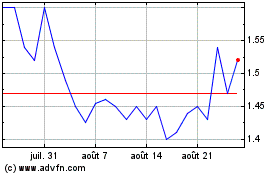 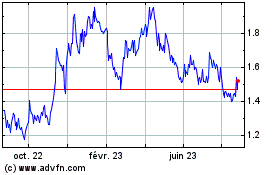 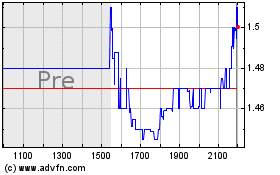