9,69
-0,220 (-2,22%)
Temps Réel
Marché Ouvert
9,69
Cosmos (ATOM) In Green While Entire Market Bleeds
17 Septembre 2022 - 02:29AM
NEWSBTC
A day after the much-anticipated Merge, many cryptocurrencies have lost more than they gained. The entire market is red, and even the top performers are not showing signs of price gains. Many investors predicted a downtrend reversal after Ethereum’s upgrade to a proof-of-stake mechanism.  But right now, the reverse is the case. For instance, the number one crypto has remained red in its 1 hour, 24 hours and 7 days price gains. Currently, the Bitcoin price is $19.659.95 representing a 2% loss in 24 hours.  Related Reading: Ethereum Faces Test Of Survival After Merge, Can $1,400 Support Hold? September 16 data shows that Bitcoin lost 0.61% in 1 hour, 1.88% in 24 hours and 6.26% in 7 days.  Apart from Bitcoin, Ethereum has lost more. ETH’s price is currently at $1,451.49, showing a move away from the previous $1700+. The Merge hasn’t resulted in the price push as many expected.  But while many cryptos are recording pullbacks in prices, Cosmos ATOM has continued its gains.  Cosmos ATOM Gains Amid Price Crash   Cosmos ATOM price currently stands at $16.16 after adding 11.49% in the last 24 hours. The coin ranks number 20 on the CoinMarketCap crypto ranking. ATOM has recorded some price growth in this period, even when others struggle.  Its price chart today, September 16, showed a continuous rise in green. There were some dips, but not to the red zone. For instance, ATOM’s price stopped at $14.65 on September 15. This morning, it rose to $14.73 and continued climbing until its current price of $16.16 at press time.  Analysts studying the price movement have noted that ATOM highs and lows remained within the ascending channel trendlines. Also, the price recorded a bull break outside the channel and tapped a 200-day moving average before correcting to the midline and 20-MA, confirming each support.  After testing the support, ATOM price continued its uptrend and is trading in the current range topside. Analysts believe it might retest the 200-day MA to flip its level to support.  What Factors Are Pushing Cosmos Coin Many factors could be linked to the growth of ATOM. One such event is the move of many protocols from Terra to Cosmos Hub SDK. In early September, Delphi Digital announced it would build new projects on the Cosmos network.  As more DeFi protocols and decentralized apps (DApps) flood the ecosystem and participate in its interchain security system, ATOM value skyrockets. The AMMs, DeFi, and DApps operating on the network boost staking and fees, thereby increasing stakers rewards.  Related Reading: Why Cardano (ADA) Could Be Registering Another Decline, Analyst Explains Data reveals that ATOM offers 17.75% APY, and 66.75% of the coins in circulation are staked. Also, Cosmos is planning to launch a liquid staking feature that will increase buy pressure on ATOM when deployed in DeFi platforms across blockchains.  All these increased activities in the ecosystem are pushing ATOM prices upwards. Analysts expect to see more gains as the network grows.  Featured image from Pixabay and chart from TradingView.com
Cosmos Atom (COIN:ATOMUSD)
Graphique Historique de l'Action
De Oct 2022 à Nov 2022 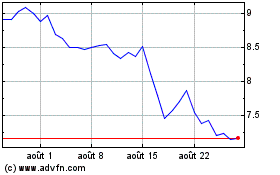 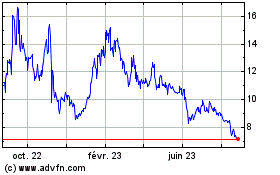 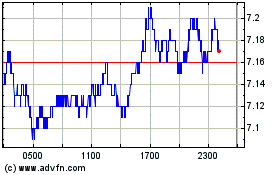