143,83
1,68 (1,18%)
Temps Réel
Marché Ouvert
143,83
Monero Soars 50% As Crypto Market Weakens, What’s Behind the Rally?
22 Avril 2022 - 12:00AM
NEWSBTC
Popular privacy coin Monero (XMR) has been on a rally since the start of 2022. The cryptocurrency appears to be moving on its own as the crypto market trends sideways. Related Reading | Monero And Zcash Take Off With 15% Gains, Here’s What May Have Spurred The Rally Recently, XMR bulls are displaying more strength. At the time of writing, XMR trades at $285 with a 6% profit in 24 hours, a 34% and 50% profit in the last two weeks and 30-days, respectively. As announced by one of Monero’s maintainers via a post, the network will undergo an upgrade on July 16th, 2022, at the height of block 2.6 million. The “Fluorine Fermi” update will introduce new features to the network. As the developer stated, Monero will increase its ring size from 11 to 16. The ring size is a term to refer to the total number of signers in an XMR transaction. As part of this network’s unique model, the update will provide users with more base privacy. In addition, the network will implement an upgraded version of its Bulletproofs algorithm to decrease its transaction size by around 7%. This change is supposed to improve the network’s scalability by making “every transaction lighter and faster”. On the latter, the network will reduce the wallet’s sync time by around 30 to 40%, the post said, and will implement a change to Monero’s fee model. Thus, users can expect to see an uptick in the network’s “security and resilience”. As the update will be deployed via a Hard Fork, users and node operators will need to update their software. The maintainer made the following request to the users: A new release will be announced before the network upgrade (around the 16th of June). You will only have to be using the updated software by the time the network upgrade occurs (16th July). To the end user, it will be like a simple software update. #Monero will undergo a network upgrade on July 16th, 2022:https://t.co/9NKlGtqXAn All users will need to do is keep their favorite wallet up to date, update their nodes once v0.18 is released (~June 16th), and enjoy even better digital cash afterwards 😎 — Monero (XMR) (@monero) April 20, 2022 Could Monero Be Spelling Danger For The Crypto Market? It’s possible that Monero’s recent price action is due to its upcoming network update. As mentioned, they are substantial and will provide the users with interesting new features. Data from Material Indicators (MI) records an increase in buying pressure from retail investors during April. At the same time, investors with ask orders larger than $10,000 have been selling into the rally. Unless larger investors classes step in, XMR could be at risk of a short-term decrease. Related Reading | Monero (XMR) Price Slides As Canada Includes Crypto In Emergencies Act Additional data provided by Jarvis Labs indicates a potential danger for the entire crypto market. According to their “Dino Index” (comprise of Ethereum Classic, Zcash, Litecoin, Bitcoin Cash, and others), a metric to track the performance of these assets to show their inverse correlation with the crypto market, there could be some obstacles ahead. Jarvis Labs said via their Telegram Channel: Quite evident that majority of the time when these dino coins rise and btc rises, better to look at profit taking or hedging the risk and look for market tops.
Bitcoin Cash (COIN:BCHUSD)
Graphique Historique de l'Action
De Juil 2022 à Août 2022 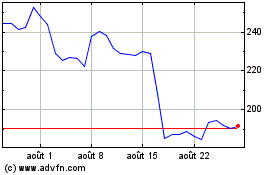 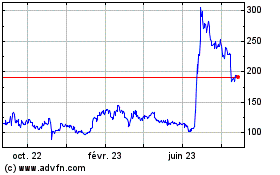 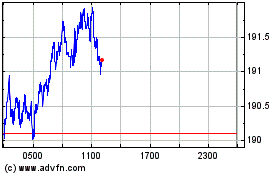