0,1074
0,0015 (1,42%)
Temps Réel
Marché Ouvert
0,1074
El Salvador’s Chivo And Bitcoin Adoption In Mindblowing Facts And Stats
25 Septembre 2021 - 02:26AM
NEWSBTC
Why didn’t we thought of measuring Chivo and Bitcoin adoption this way? Cero anecdotal evidence. Only facts, numbers, and reports from wherever we can get them. What do we know about the Chivo Wallet’s Lightning node? What apps besides the government wallet are the Salvadorans using? Are they happy with them? Investor and blogger Kevin Rooke has a fresh take on El Salvador’s Bitcoin adoption and we’re here to summarize it.  “I wanted a deeper understanding of how real people in El Salvador are interacting with Bitcoin, so I went off in search of other success metrics.” Related Reading | New To Bitcoin? Learn To Trade Crypto With The NewsBTC Trading Course However, since “the Lightning Network is private by design,” it’s hard to accurately measure “payment volumes and the flow of funds between various wallets and exchanges.” So, what did Kevin Rooke do? He looked everywhere else for hard data about Chivo and Bitcoin adoption. Let’s explore what he found. BTC price chart for 09/24/2021 on Exmo | Source: BTC/USD on TradingView.com The Chivo Ecosystem Is Growing Fast To measure the Chivo wallet’s adoption, Rooke used the official information provided by President Bukele. Not ideal, but not uncommon either. It’s easier to get info about the Chivo Lightning node because you can check all the public info here. But wait, why is the Salvadorean government running a Lightning node? “Just like every other participant on Bitcoin’s Lightning Network, Chivo runs a Lightning node. Since Chivo is a custodial wallet, all Lightning payments that Chivo users send to and from other Lightning wallets will transfer liquidity to and from Chivo’s node.” Through those sources, what did the author find out about the Chivo ecosystem? At the moment, “Chivo’s node has 12.7 BTC of public capacity.” Which is 1,269,941,898 sats. The Chivo node “ranks 83rd among public Lightning nodes.”  At the time of writing, it’s connected to 58 other channels, but this number changes daily. Back to the iOS App Store and Google Play Store, the Chivo wallet remains at the top of the popularity list, “beating all the most popular social media apps like WhatsApp, TikTok, and Instagram.” O bet you haven’t thought about this one, “By onboarding over 1.6 million users in just two weeks, Chivo is likely the most popular Lightning Network app in the world today.” What About The Other Bitcoin Apps? Are They Popular In El Salvador? Ok, granted. El Salvador’s government incentivizes the downloading of the Chivo wallet app with $30. That has to move the needle. However, when it comes to all the other Bitcoin apps, such an incentive doesn’t exist. How are they measuring up to other financial apps?  El Salvador's most popular apps for September 2021 | Source: Kevin Rooke This infographic says it all: “Salvadorans are already showing strong preference for Bitcoin apps over banking and remittance apps on a national scale,” as the graphic shows. To put it in numbers, “9 and 13 of the top 20 apps on the respective app stores” are Bitcoin apps. And Chivo is at number one. “Most of El Salvador’s banks and payment processors have user ratings of 2-4 stars,” that’s the traditional banking system for you.  On the other hand, “Bitcoin related apps have user ratings of 3-5 stars.” Even though it’s still early, the facts are the facts. It should be noted that the Chivo app is at the lower end of that spectrum. Related Reading | How Big Is Bitcoin’s Lightning Network? The Answer Will Surprise You Besides that, Kevin Rooke identified a truth that might be obvious to some, but has to be said: “The millions of Salvadorans that have already been onboarded to the Lightning Network aren’t Silicon Valley nerds or early tech enthusiasts. They’re regular people that are making a conscious choice to use the Lightning Network because it saves them time and money.” And they don’t have to use the Chivo ecosystem if they don’t want to. That’s a fact. Featured Image by Ray Aucott on Unsplash - Charts by TradingView
Graph Token (COIN:GRTUSD)
Graphique Historique de l'Action
De Juil 2022 à Août 2022 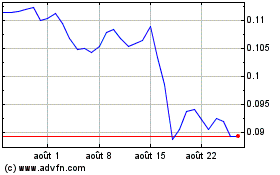 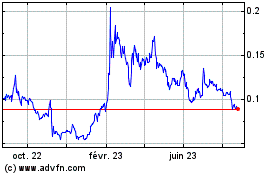 Plus d'articles sur The Graph 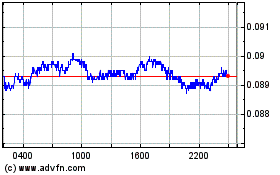