0,7581
0,0088 (1,18%)
Temps Réel
Marché Ouvert
0,7581
Why These Major Crypto Wallets Acquired Over 100 Million XRP In Last 24 Hours
26 Octobre 2022 - 02:00PM
NEWSBTC
XRP seems to have fallen short in capitalizing on the procedural wins that Ripple has gained from its ongoing legal battle against the SEC. Although the asset managed to increase by almost 2% over the last 24 hours, it is still down by 1.6% over past week. On a 14-day and 30-day period, the crypto is staring at losses of 5.3% and 7%, respectively. On a year-to-date basis, the 6th largest digital currency in terms of market capitalization has declined by 58.1%. The asset continues to deal with price dumps as it is trading at $0.459 according to tracking from Coingecko. Whales seem to be buying the XRP dip as they try to accumulate millions worth of the token. Related Reading: Decentraland (MANA) Seen Getting Pulled Downstream In Next 7 Days – Here’s Why Major Wallets Hoarding Over $48 Million In XRP Over the last 24 hours, while the crypto space was busy with its apparent bullish run that made almost all of digital assets increase their trading prices, major wallet addresses have also been busy accumulating large number of XRP coins. According to information shared by tracker Whale Alert, during the time frame, 105 million XRPs were added to major wallets. Among the whale activities, the biggest one was $25.8 million worth of transaction that involved the Bitstamp crypto exchange. Whale Alert, however, also shared that 100 million units of the altcoin worth around $45.4 million were moved from a wallet named “Ripple” to an unknown digital address. In fact, while the crypto space was in the midst of extended bearish momentum, over 205 million XRP have found their way in unidentified wallets. Ripple Labs Secures ‘Crucial Document’ In SEC Lawsuit The SEC recently complied with a court order that demanded the release of documents that pertained to a 2018 speech made by former SEC Finance Director William Hinman. Hinman, in that particular speech, reportedly said Ethereum, a fellow altcoin of XRP, was not a security. This is believed to undermine SEC’s case against Ripple Labs as it revolves around the company’s alleged sale of its XRP token which the regulating office considers as “unregistered security.” The firm’s legal team believes this development gave them the victory in the legal battle that’s been going for almost two years now. While there are no direct links between this and the recent whale activities that involved XRP, it makes sense to think that large investors are beginning to accumulate as much token as they can while prices are still low. This is in anticipation of the supposed price rally that XRP will make once Ripple Labs emerges victorious in their ongoing court battle. Related Reading: Tron Hits Record 117 Million Users, But TRX Price Increase Is Mediocre XRP total market cap at $23 billion on the daily chart | Featured image from Kriptokoin, Chart: TradingView.com Disclaimer: The analysis is based on the author's personal knowledge and should not be construed as investment advice.
Decentraland (COIN:MANAUSD)
Graphique Historique de l'Action
De Jan 2023 à Fév 2023 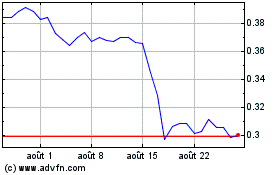 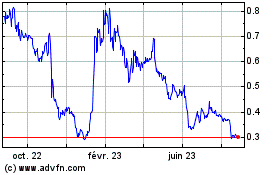 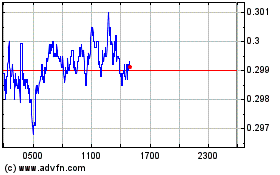