0,001039
0,000028 (2,78%)
Temps Réel
Marché Ouvert
0,001039
Bitcoin Mining Giant Argo Blockchain Gets Negative Cash Flows And Stock Price Dips
01 Novembre 2022 - 10:57PM
NEWSBTC
Though the crypto winter seems to be over, its impact on Bitcoin and the crypto market still lingers. Several crypto-related firms have gone down the drain over the pressure in the market. Some are still battling to stay afloat despite the forces’ influence while managing their operations. Most companies related to Bitcoin mining are getting more heat from the fluctuating market trend. Most Bitcoin miners have shut down businesses, but some filed for bankruptcy as they couldn’t weather the storm. Related Reading: Bitcoin Miner Selling Power At Lowest For 2022, Green Sign For Market? Argo Blockchain is reportedly facing a negative cash flow, with the value of its shares declining. The pressure is getting more intense for the crypto mining giant in financing its continuous operation. More failures in such financing quests could lead to a halt in its process or a drastic cash drop in the future. Bitcoin Mining Giant Argo Blockchain With No Adequate Sources To Fight Insolvency The BTC miner released a press statement disclosing its previous financial plans. It noted how the firm has been exploring diverse economic opportunities. However, it has no concrete assurance in signing such agreements or completing fruitful transactions. It revealed that the company needs to consummate financial activities offering enough working capital for its operational requirements. Such economic growth is necessary for its sustainability in the next twelve months from today to avoid becoming bankrupt. According to the press, the firm had a partnership plan with an investor to generate $27 million through shares subscription. However, the attempt came out unsuccessful. Also, Argo Blockchain reported the sales of some of its mining equipment to preserve cash and enhance its liquidity. For example, it recorded selling about 3,843 brand-new Bitman S19J Pro machines in the firm’s last batch of inventory scheduled for October. Argo Blockchain Stock Plummets Following the recent downward financial stance, Argo’s shares performance has plummeted. The data indicated a decline of almost 50% over the past 24 hours. Also, the stocks report from the beginning of the year shows a dip of over 80%. The struggle by Argo has been going on for some time now. Finally, the Bitcoin mining firm got a $25 million BTC-backed loan from Galaxy Digital, an investment management company, in September 2021. The loan targets to support the miner’s cash flow requirements and expansion plans in West Texas. Argo has been selling its BTC, holding monthly throughout 2022. This move is the necessary option to cut down its part of the agreement and increase its balance sheet. In June this year, the firm sold about 637 Bitcoin at $24,500 per token. Related Reading: Bitcoin Miner Selling Power At Lowest For 2022, Green Sign For Market? However, it seems to sell more Bitcoin tokens than it has produced. In June, the company mined about 179 BTC but sold 637 BTC coins. featured Image From Pexels, Charts From Tradingview
ECOMI (COIN:OMIUSD)
Graphique Historique de l'Action
De Jan 2023 à Fév 2023 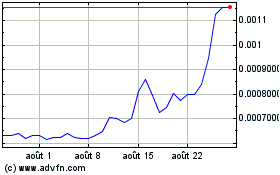 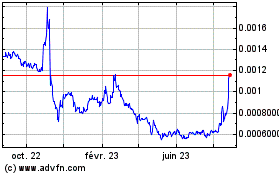 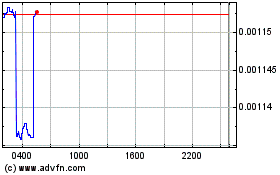