0,7659
0,0362 (4,96%)
Temps Réel
Marché Ouvert
0,7659
SAND Has Just Been Added On Binance US – Will It Hit $1 In The Coming Days?
06 Octobre 2022 - 06:19AM
NEWSBTC
SAND is the native token of the Sandbox metaverse and is used to facilitate gameplay transactions such as purchasing digital land and interacting with user-generated content. Sandbox started out as collaboration between Pixowl and developer Onimatrix Binance listed SAND and is already available for trading on its platform The token is responding positively with this development, trading at $0.86 as of press time Along with the crypto asset and NFT-type LAND tokens, SAND makes it all possible for Sandbox to give its users the best gaming experience. Released as a mobile game in 2012, Sandbox started out as collaboration between Pixowl and developer Onimatrix. Six years later, in 2018, Animoca acquired Pixowl and announced intentions to leverage blockchain technology to create a 3D world and take advantage of token economics and user-generated content. In August of 2020, an Initial Coin Offering (ICO) was held by Sandbox and was able to raise $3 million that was then used in funding its future operations. SAND Is Now Binance-Listed Both Binance U.S. and Sandbox has already confirmed that SAND has been listed by the cryptocurrency exchange. The token responded positively as it showed a considerable price movement. As of this writing, according to tracking from CoinGecko, SAND is trading at $0.8644. Its current price is higher than its $0.83 closing price on October 4 when the announcement about the listing was made. With this development, SAND was able to break free from its slump that put it on a downward trend for some time now. In fact, various indicators such as Awesome Oscillator (AO) and Relative Strength Index (RSI) are signaling a bullish momentum for the Sandbox token. Rally To The $1 Mark After this momentous event for the gaming metaverse, crypto enthusiasts are already looking ahead at what will come next for the token. Daily time frame trend lines indicate a support level of $0.807 as it struggled to surpass the $1.011 resistance marker for the entire duration of September. Because of that failure, SAND’s resistance lowered a bit to $0.90. Related Reading: Chainlink Crosses $6.18 Trillion In Transaction Value – Will This Boost LINK Price? Chart: TradingView.com In the crypto space, the resistance level refers to the point at which an asset’s price has difficulties increasing. With that being said, a potential rally towards the highly coveted $1 mark could still be jeopardy. However, if SAND is able to move out of its current trading price range, there is a strong possibility that it will hit is target. One possible thing that can help the asset to realize this goal is the expected growth in buying activity now that it is already Binance-listed and more potential buyers have access to it. Related Reading: XRP Price Could Get A 23% Boost From This Bullish Formation Breakout SAND total market cap at $1.29 billion | Featured image from Cryptopolitan, Chart: TradingView.com
Sandbox (COIN:SANDUSD)
Graphique Historique de l'Action
De Jan 2023 à Fév 2023 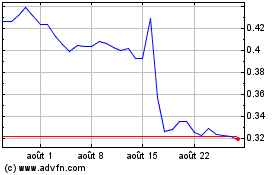 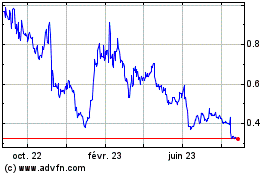 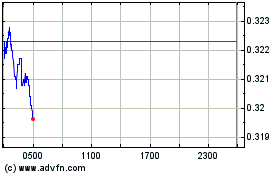