0,03204
0,0044 (15,92%)
Temps Réel
Marché Ouvert
0,03204
Bitcoin Sells-Off Amid Strong Economic Data, Can $18,600 Hold The Line?
29 Septembre 2022 - 05:03PM
NEWSBTC
Bitcoin has been unable to break above or below its current rage, and price action remains undecided. During yesterday’s trading session, the cryptocurrency saw upside volatility, but gains were surrounded once more today as macroeconomic forces took over BTC. Related Reading: MEV Crypto Bot Gains $1M But Loses Same To Hack Same Day At the time of writing, Bitcoin (BTC) trades at $19,200 with sideways movement in the last 24 hours and 4% profits in the last 7 days. While large cryptocurrencies have been able to preserve some of their gains from the past week, most are following the general sentiment in the market. U.S. Economy Report Tumbles Bitcoin Price As Bitcoin was moving into its upcoming resistance level at around $20,500, the U.S. published its recent economic report on the job sector. The initial jobless claims for September’s last job came in at 193,000, the lowest level since April 2022, according to a report from CNBC. This represents a 16,000 decline from the previous week when the jobless claims stood at 215,000. This data indicates that the U.S. economy has continued to see a spike in its job force, with fewer people reporting unemployment. The Jobless continuing claims also saw a decline of 29,000 for a total of 1.3 million. This data has relevance as the U.S. Federal Reserve (Fed) is set at stopping inflation from rising, as measured by the U.S. Consumer Price Index (CPI). The latter metric is currently at a multi-decade high which forced the financial institution to hike their interest rates. However, the Fed’s monetary policy seems to be having no impact on U.S. economic growth. The report stated: The strong labor numbers come amid Fed efforts to cool the economy and bring down inflation, which is running near its highest levels since the early 1980s. Central bank officials specifically have pointed to the tight labor market and its upward pressure on salaries as a target of the policy tightening. Bitcoin Far From Seeing A Price Bottom? As a result of this data, the legacy financial markets and Bitcoin traded to the downside. Market participants must be pricing in further interest rate hikes and more aggressive measures from the Fed as it attempts to cool down inflation. As the data went public, President of the Cleveland Federal Reserve Lorretta Mester spoke about doing “what we must do to get back to price stability”. Other members of the financial institution are likely to adopt a similar stand. This will translate into more pain for Bitcoin and risk-on assets. Commenting on the data, an analyst for Material Indicators said the following, while sharing the chart below showing the crypto market’s reaction to the jobless report: FireCharts shows how BTC traders responded to the economic news. Strong economic report means FED tightening hasn’t had much if any impact yet. Translation: More aggressive rate hikes through Q4 and into 2023. Macro Analysis: THE BOTTOM is not in. Related Reading: Solana Price Fails To Break $34 Again, What Could This Mean? As NewsBTC reported yesterday, Bitcoin must stay above $18,700 to $18,600 to sustain any potential bullish momentum. If bulls can defend these levels, the cryptocurrency could see a relief that will push its price north of $20,000 ahead of more economic announcements from the Fed.
NEM (COIN:XEMUSD)
Graphique Historique de l'Action
De Oct 2022 à Nov 2022 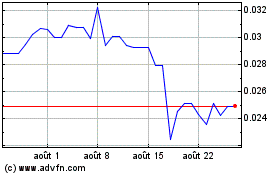 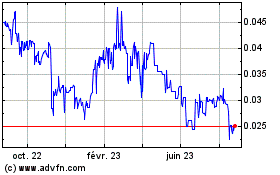 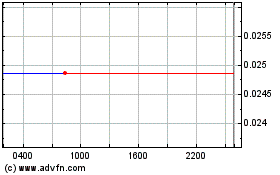