1,01
0,010 (1,00%)
Temps Réel
Marché Ouvert
1,01
Tezos (XTZ) Nurses From Bad Fall In Last 7 Days After Binance Asset Freeze
29 Août 2022 - 09:33AM
NEWSBTC
Recent developments suggest that Tezos and its native coin, XTZ, may have placed itself in a precarious scenario. XTZ price reveals a bullish trend  Key resistance spotted at $1.48 Tezos price support present at $1.44 On August 25, a group of network contributors under the name Baking Bad claimed that the cryptocurrency exchange Binance had wrongfully frozen over $1 million in assets. Meanwhile, authors further urged the Tezos community to stop supporting the Changpeng Zhao (CZ)-led group by withdrawing their funds from the exchange. Related Reading: Flow Monitoring: Why This Price FLOW May Not Attract Short-Term Traders While the cryptocurrency exchange promptly refuted the accusations, the price of XTZ began to look for crude oil on the charts. The Proof-of-Stake (PoS) backed coin’s price was $1.48 at the time of publication. Data from CoinMarketCap showed that the price had dropped by 10.10% over the previous day. XTZ’s dip was the largest in the previous seven days, notwithstanding the fact that the bulk of the market’s cryptos were in the red. Tezos (XTZ) Price In A Breakout Zone According to CoinMarketCap, XTZ price has plunged by 0.44% or trading at $1.46 as of this writing. We can see that the price of Tezos is currently in a breakout zone between $1.48 and $1.44 on the 1-day price analysis chart. The next action could be influenced by a move made in either direction. For the past 24 hours, the bulls have been in charge as they drive the price of Tezos up to $1.47. Chart: TradingView.com The upper limit of the Bollinger’s band, at $1.48, is the level of greatest resistance for the bulls, while the lower limit, at $1.42, is the level of immediate support. Since the MACD line is above the signal line, the MACD indicator continues to reflect bullish momentum. More so, the RSI indicator is currently rising moderately and is at 65. This suggests that in the near term, the bulls have the momentum to drive prices skyward. The bullish momentum, however, would show signs of shakiness if the RSI slipped below 60. Related Reading: Cardano Price Trajectory Signals Negative Bearing, Weekly Chart Mostly In Red Binance Moves In Line With Court Directives Binance stated in response to the Baking Bad accusation that their choice was not arbitrary and that the exchange was not to blame. The exchange further claimed that it proceeded in accordance with court directives. Before charging the Baking Bad crew with making a snap judgment, Binance also pointed out that they had rejected working together. So where does XTZ stand after this back-and-forth discussion? According to data from the XTZ/USDT four-hour chart, the incident appears to have badly affected XTZ. Binance and Baking Bad, however, have both been responding to themselves in accordance with the confiscation. The exchange acknowledged that there was little they could do to stop the assets from being frozen, despite the XTZ donors’ claims that they complied with Binance’s request. The future course of the issue was not intuitively clear. Additionally, XTZ was not exhibiting any signals of enthusiasm. XTZ total market cap at $1.7 billion on the daily chart | Source: TradingView.com Featured image from Zipmex, chart from TradingView.com
Tezos (COIN:XTZUSD)
Graphique Historique de l'Action
De Nov 2022 à Déc 2022 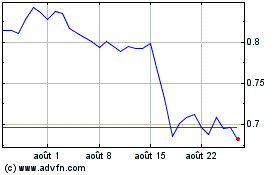 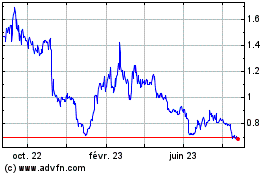 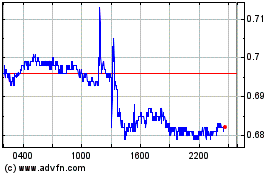