0,265076
-0,004424 (-1,64%)
Temps Réel
Marché Ouvert
0,265076
There’s a New Addition in the Crypto Galaxy Named Dogelon Mars (ELON)
03 Novembre 2021 - 07:33PM
NEWSBTC
It is one of the fastest-growing cryptocurrencies of the present time, gaining rapid momentum owing to its incredible features. The world of crypto has attracted enough players, and it was only a matter of time before a few crypto space cadets conquered newer territories. Altcoins have gained much prominence of late and have now forayed into space, Mars to be precise with Dogelon Mars (CCC: ELON-USD). Since the time it set its eyes on the crypto space, it has been gaining consistently. Dogelon Mars has stated that it is not merely a meme coin but comes across as an absolute universal currency for the people. In today’s ever-growing crypto markets, investors are always looking for opportunities for turning their investments profitable. Dogelon Mars has made its presence felt at the right time, giving limitless possibilities to investors in a market that was thought of failing big time. With time, it has been proved that it is one of the most lucrative markets in today’s time. The stepping in of Dogelon Mars proves that cryptocurrencies are here to stay and have a great shelf life in the markets. Dogelon is based on a liquidity pool model having a total supply of 1 quadrillion ELON, out of which 50% were sent to the wallet of Ethereum (CCC: ETH-USD) founder Vitalik Buterin, which is an ongoing practice for the dog-themed altcoins that have been making much noise in current markets today. In contrast, the other 50% are in an inaccessible liquidity pool. There is no presale of Dogelon which gives its access to developers or early investors before it gets allotted to the public. Dogelon Mars started off at an investment of $100 and those who had invested early stand in gaining an impressive amount. It’s always profitable to invest in well-researched coins or tokens as it gives tremendous returns as Dogelon has offered since its launch. There are plenty of options to buy Dogelon Mars through a few minor exchanges like Poloniex and 0x Protocol. The most popular exchange for the token, though, is UniSwap (CCC: UNI-USD). So, what are you waiting for? Go ahead and invest in the most lucrative cryptocurrencies of present times – Dogelon Mars.
0x protocol (COIN:ZRXUSD)
Graphique Historique de l'Action
De Août 2022 à Sept 2022 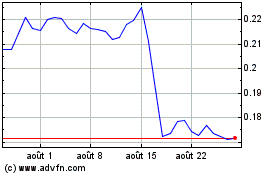 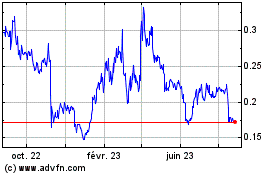 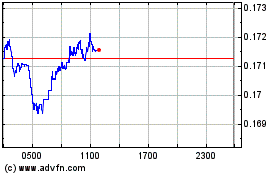