Mr. Mickaël Ferreira was appointed by the Board of Directors on June 17, 2021 as Chief Executive Officer of AdUX with effect from August 1, 2021. He will take over from the general management currently held by Mr. Salih Hikmet Cosgun who has ensured the implementation of the synergies with the Azerion Group and will move towards other responsibilities within this Group.

The Board of Directors of AdUX has chosen Mickael Ferreira as the new Chief Executive Officer given his expertise and knowledge of the various activities and markets of AdUX for more than ten years.

Mr. Mickaël Ferreira began his career in an agency at Aegis Media before joining Advertising.com, a subsidiary of the AOL group. In 2010, he joined the AdUX Group to launch the Group's performance offering, which he then supported in its technological transition by launching one of the largest advertising marketplaces in Europe in 2011.

In 2014, he co-founded Quantum Advertising, one of the first Programmatic Native Advertising companies. Since then, he has assisted the Azerion and AdUX Groups on various projects and on the implementation of commercial synergies.

A pioneer of the sector, ADUX is a European specialist of digital advertising and user experience.With a presence in 6 European countries, it attained a turnover of 18 million of euros in 2020.The company is listed in the Euronext Paris (Compartment C) and Amsterdam and holds the "Innovative Company" label.This label offers, for a period of 3 years, the possibility for the FCPI to invest in the capital of ADUX, and for their subscribers to benefit from the corresponding tax benefits.Code ISIN : FR 0012821890 / LEI : 969500IIE66C3CFB1K57 / Mnémo : ADUX

For more information, please visit www.adux.comFollow us on Twitter: @AdUX_France 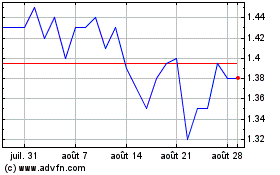 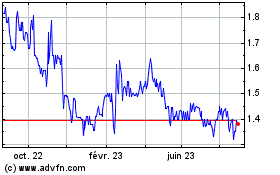