Les Vignerons de Buzet (VdB) has signed a partnership agreement with AdVini to acquire full ownership of SAS Rigal, its Cahors-based subsidiary. The two companies, recognized for the quality of their wines, their customer service, and for their shared commitment to CSR, are extending this innovative deal to include a new commercial alliance for the development of the export activities of Vignerons de Buzet and Rigal.

Les Vignerons de Buzet and Rigal wines will be sold in France and Belgium by VdB Distribution, a new commercial subsidiary created by the Lot-et-Garonne based cooperative.

Operating in 106 countries on all continents, AdVini will support distribution worldwide.

“This is a big step for the cooperative and the first time we’ve had recourse to external growth,” says Vincent Leyre, Chairman of the Supervisory Board of SCA Les Vignerons de Buzet.

“As French leader in terroir wines, AdVini has a proven track record and cultivates excellence across the winemaking industry, making it the ideal partner for our development. Joining forces with Rigal will allow us to offer a consolidated range of products from regions we love and that share our traditions. Furthermore, AdVini’s know-how and ambition in export will be key to success in markets which our cooperative needs to develop further,” says Pierre Philippe, Managing Director of Vignerons de Buzet.

“This agreement is the newest in a long line of partnerships between AdVini and Cooperatives, the first of which were signed over 30 years ago in the Languedoc region. Vignerons de Buzet and its leaders have succeeded in creating a remarkable model for perpetuating and promoting the wine industry in their region. We are delighted at the chance to offer their AOP on international markets,” says Antoine Leccia, Chairman of the Board at AdVini.

SAS Rigal, which is now under the banner of Les Vignerons de Buzet, remains headquartered at Château Chambert, in Floressas, in the heart of the Cahors terroir. Director Julien Touboul and his teams will continue to manage operations at the entity, in addition to overseeing and further developing longstanding partnerships with the winegrowing families in Rigal’s HVE and AB programs.

Les Vignerons de Buzet plays a major role in the southwest wine industry, with 11 million bottles sold per year. In 2005 we launched a robust, innovative and 360° approach to social responsibility. We committed to AFNOR-assessed, ‘exemplary’ level Engagés RSE certification in 2014.

The 150 winegrowing families we work with (1,935 ha) are leading the agroecological transition in their terroir and developing specific programs (HVE, Bio, Bee Friendly) to make consistently better wines.

Our mission is to make good, wholesome wine with a positive environmental, social and economic impact; anticipate and adapt to market change; and ensure that we can act ethically, sustainably, and in ways that serve society.

An emblematic name in Cahors and southwest wines, Rigal has succeeded in federating around its brand a large number of families and estates, including Château de Chambert and Château Saint Didier de Parnac, in development based on an exemplary CSR approach.

Over 50% of Rigal’s turnover is on the export market (primarily North America and England). Rigal’s savoir-faire is recognized by buyers, who appreciate the quality of its wines, its high environmental standards, the large proportion (90%) of wines sold with eco-friendly labels such as HVE, AB and Biodynamie, and its capacity to innovate, with black wines, orange wines, and low-alcohol and sulphite-free wines.

AdVini is a benchmark for French terroir wine, with 2,074 hectares of vineyards rooted in the most well-reputed winegrowing regions such as Ogier and its Clos de L'Oratoire des Papes in Châteauneuf-du-Pape, Antoine Moueix Propriétés with Château Capet-Guillier in Saint-Emilion and Château Patache d'Aux in Médoc Cru Bourgeois, Domaine Laroche in Chablis, Maison Champy in Côte-de-Beaune, Vignobles Jeanjean and Mas La Chevalière in Languedoc, Cazes and Clos de Paulilles in Roussillon, Gassier with Château Gassier and Château Roquefeuille in Provence Sainte Victoire.AdVini is also present in South Africa with nearly 200 hectares of vineyards in the Stellenbosch region, including L'Avenir, a wine tourism estate, Ken Forrester Vineyards, Le Bonheur Wine Estate, Maison du Cap and Stellenbosch Vineyards.Its wineries and vineyards enjoy a flourishing reputation and standing that allows them to export to over 106 countries. 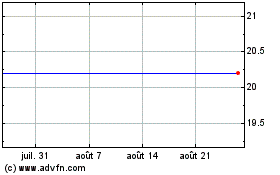 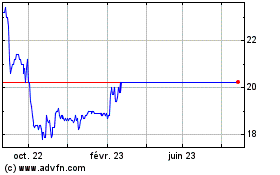 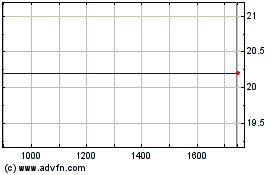