ALCHIMIE (FR0014000JX7 – ALCHI – Eligible PEA-PME) (Paris:ALCHI), an OTT (over the top) subscription video on demand (SVoD) platform featuring original and exclusive thematic channels published jointly with media groups and talents, today announces its consolidated annual results for the year ending December 31, 2021, as approved by the Board of Directors on April 20, 2022.

In thousands of euros

Cash position at end of period

This increase is due to the launch of more than 60 new channels in 2021, bringing Alchimie's offer to 130 channels co-published with celebrities and talents.

Despite the growth in revenues, the distribution partnerships established proved to be less buoyant than anticipated. As a result, the number of subscribers during the past fiscal year showed less growth than expected (+13%).

Operating expenses increased slightly (+5.8%), including both Technology and Development costs (+25.4%) and Marketing and Sales costs (+6.5%). The increase in Technology and Development costs is the result of the temporary reinforcement of the teams to develop the new functionalities of the Alchimie Studio platform, while the increase in Marketing and Sales costs is the result of the sizing up of the teams to strengthen the distribution network in France and abroad. General and administrative expenses were down 8.4%, mainly due to the non-recurring legal costs incurred in 2020 in connection with the IPO.

Financial position of the Group

Consolidated shareholders' equity is in deficit and amounts to -€0.8 million as of December 31, 2021. This decrease of approximately €9.1 million is the result of the consolidated net loss of €9 million in 2021.

Borrowings amounted to €8.5 million in 2021, a decrease of approximately €1.4 million following the early repayment of senior debt for €1.8 million.

The Company has an historical contract with the mobile operator Orange to provide a turnkey service. The renewal of this contract for fiscal year 2022 has been confirmed, with the service scheduled to be closed by January 2023 due to the redefinition of the portal's offerings.

Fiscal year 2021 was marked by a number of operational achievements in terms of technology, marketing and publishing. However, the limited growth in the number of subscribers during the past year requires Alchimie to adapt its strategy to optimize its cost structure and cash. From now on, the Company's management will be focused on achieving profitability rather than on a subscriber base growth target. This adjustment of the model will thus enable the Company to focus its resources on its profitable assets.

2022 marks a strategic refocusing of the Alchimie model around three major focuses:

- The development of thematic channels for brands and key accounts,

- Optimizing resources, in particular through the reorganization of the structure and,

In terms of business development, Alchimie is pursuing the distribution of high-potential channels to its subscribers and is also diversifying its business. The Company has signed its first contract to publish the content of a third party, acting as a service provider.

In addition, in order to develop the channel publishing offer for companies, Alchimie has strengthened its team and recruited an experienced profile dedicated to this activity.

At the operational level, the Company is now focusing on markets where it believes it has the greatest potential for profitable growth, such as France and Spain. As a result, it no longer has local teams in the U.S. or the United Kingdom.

In France, the reorganization plan presented on February 10 is now being implemented and fully financed by the Company's own resources, opening a new phase of business development.

At the financial level, as announced in February, the Company's management is firmly focused on achieving operating profitability as of the first quarter of 2022 and for the entire year. The strategic adjustments made will enable Alchimie to lower its breakeven point to a revenue of over €20 million for the year 2022 and implement the new strategy that will enable a return to growth.

In terms of financial resources, Alchimie maintains a rigorous management of its costs to preserve its cash flow and does not plan a capital increase given its cash position of €7 million at the end of December 2021.

Pauline Grimaldi d’Esdra, CEO of Alchimie comments: « 2021 has been an intense year for Alchimie following a health accident of its founder, Nicolas d'Hueppe, who stepped away from the Company's business. My arrival at the end of last year was aimed at reorganizing the Company with an adaptation of its model in order to achieve healthy and profitable growth. Four months after my appointment, the strategic orientations validated by the Board of Directors have been implemented and Alchimie is now on track to reach its 2022 targets ».

Alchimie will publish its 2021 Annual Financial Report on April 29, available on its website: https://www.alchimie-finance.com/

General meeting : June 8, 2022, terms of participation will be communicated at a later date. 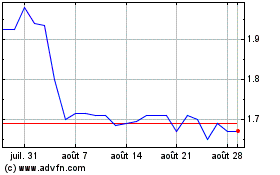 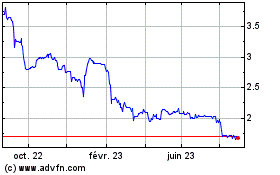 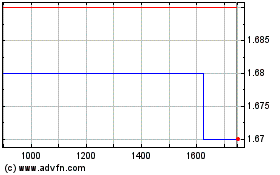