Olivier Jallabert, Amplitude Surgical’s CEO, commented: “Amplitude Surgical’s activity was impacted, during a large part of last financial year and on most of its markets, by the public health situation associated with COVID-19, and notably the adoption of restrictions on access to operating rooms. Nevertheless, the Group’s activity increased by 10.0% at constant exchange rates compared with the previous year, which saw an almost total shutdown in activity from mid-March 2020. Despite a difficult context, good cost control enabled us to maintain EBITDA at 21.6% of sales, an improvement on the previous year. The Group also has a solid cash position for the coming year. However, uncertainty associated with the COVID-19 pandemic does not enable us to issue any guidance for our 2021-22 financial year at this stage”.

- On November 3, 2020, the Valance Judicial Court rejected Amplitude SAS’ request to invalidate the €5.8 million adjustment in its dispute with URSSAF (employee and employer social security contribution collection agency) pertaining to tax on the promotion of medical devices for the period from July 1, 2014 to June 30, 2017. Amplitude decided to appeal this decision;

- On November 10, 2020, Amplitude Surgical announced the acquisition of a majority stake in the Group’s share capital by PAI Partners.

On December 7, 2020, Auroralux sent the AMF stock market authority the draft information document and draft simplified public tender offer for 22,649,678 Amplitude Surgical shares at a price of €2.15 per share.

Amplitude Surgical sent the AMF, also on December 7, 2020, its draft response to the Auroralux simplified public tender offer for the Company’s shares at €2.15 per share.

On January 5, 2021, the AMF issued a compliance notice regarding the simplified public tender offer tabled by Auroralux for Amplitude Surgical’s shares at €2.15 per share. The offer period ran from January 7 to January 27, 2021, inclusive.

- Within the framework of the change in control of Amplitude Surgical with the investment of PAI Partners, on November 10, 2020 the Company issued a bond of €110 million subscribed by Tikehau and proceeded with the early repayment of the 2014 and 2016 bonds whose outstanding amount was €96.6 million (excluding accrued interest) at June 30, 2020.

Over its 2020-21 financial year to June 30, 2021, Amplitude Surgical recorded sales of €95.5 million, up 8.2% in actual terms and 10.0% at constant currency. Activity was significantly impacted on most of the Group’s markets from October 2020 by the situation associated with COVID-19, with restrictions on access to operating rooms resulting in the postponement of scheduled surgical procedures. However, the impact was smaller for the Group than it was following the almost total shutdown of all activity in the final quarter of the previous year.

Knee and Hip activity generated sales of €82.7 million, +5.3% on the previous year at constant currency.

In terms of the distribution of activity by geographical region:

Activity with the Group’s distributors fell by 9.6% to €7.9 million.

The gross margin was 74.6%, an improvement of 200 bps compared with the previous year’s level thanks to a more positive country mix and further work on the optimization of the Group’s production tools.

The Group’s operating expenses totaled €50.6 million, up 8.8% on the previous year as a result of the increase in marketing expenditure associated with the higher level of activity and further quality control and regulatory spending.

At June 30, 2021, Amplitude Surgical had a workforce of 443 staff, compared with 436 at end-June 2020; personnel costs were up 8.2% compared with the 2019-20 financial year, which was impacted by subsidies associated with partial activity due to the public health crisis in some of the Group’s countries.

There was a Recurring Operating Profit of €0.2 million in 2020/2021, versus a loss of €6.1 million in 2019/2020, thanks to a higher level of activity and further controls over operating expenses. The Operating Result was a loss of €2.3 million, compared with a loss of €2.8 million in 2019-20, a year impacted by the reversal of a provision with respect to “Taxation on Medical Devices” of €8.6 million and the depreciation of R&D projects for €2.7 million.

The Financial Result was -€10.5 million, which primarily consisted of an interest expense of €9.9 million.

Investments totaled €9.2 million, down on the previous year’s figure of €9.6 million.

- With its growth failing to meet expectations, on August 13, 2021 the Group divested 80% of its Matsumoto Amplitude Inc. subsidiary (Japan) to Mr. Takeshi Matsumoto, who already held 20% of this subsidiary through his company Matsumoto Medical. Following this divestment, the subsidiary’s new shareholders initiated its winding-up.

- On September 21, 2021, the Group received a letter of adjustment from URSSAF following a fourth audit pertaining to tax on the promotion of medical devices for the period from July 1, 2017 to June 30, 2020. This letter of adjustment requests repayment of social contribution arrears of €5.5 million, a sum already provisioned in the Groups accounts in previous financial years. As with its previous disputes, the Group will formulate its observations and ask the Valance Judicial Court to invalidate the adjustment.

The 2019-20 and 2020-21 financial years were significantly impacted by the COVID-19 pandemic. For the 2021-22 financial year, there is therefore uncertainty regarding the pace at which activity will return to a stable situation, notably given the diversity of the geographical markets covered by the Group and their various public health situations. These elements could have an impact on the 2021-22 financial year. Because of this uncertainty, Amplitude Surgical is currently unable to publish its annual targets. 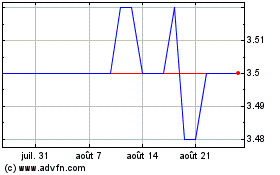 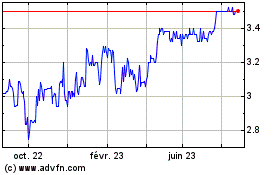 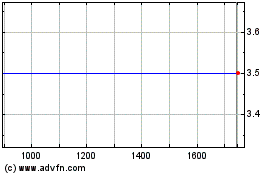