Nicolas Chartier and Guillaume Paoli, co-founders1 of Aramis Group:  “We are very proud to inaugurate our second vehicle refurbishing site in France. Since Aramis Group was founded in 2001, we have been committed to continuously improving the service provided for our customers, by offering them refurbished used vehicles with the best value for money, delivered in record times, as well as the market’s best warranties and services. Customer satisfaction has guided our actions heading up the Group over the past 20 years. Following the Donzère site, which opened in 2014, this new site in Saint-Pierre-Lès-Nemours will become a new European hub, thanks in particular to its rapid refurbishing line, and will enable us to offer access for a growing number of customers to an individual mobility model that is more virtuous and environmentally responsible than buying a new vehicle”.

Aramis Group’s new industrial-scale refurbishing site aims to further reduce the Group’s lead times for processing vehicles in France. Thanks to two production lines (compared with just one in Donzère), including a rapid line for recent used vehicles, it will be possible to further optimize the flows of vehicles to be refurbished at this site.

Located in Saint-Pierre-Lès-Nemours, less than one hour from Paris, on a 4.9 hectare site, this new facility includes a building with around 5,000 sq.m of space and will make it possible to hold up to 1,500 vehicles in stock. When it reaches its full capacity by the end of 2023, this site will enable Aramis Group to double its refurbishing capacity in France, up to 50,000 units per year, while creating 150 direct, local and qualified jobs.

Aramis Group’s annual capex budget for 2022, estimated at a total of €25 million (c.50% for the digital ecosystem and c.50% for refurbishing capacity) includes the investments required to set up the Saint-Pierre-Lès-Nemours site.

With the inauguration of this new site, Aramis Group now has five industrial-scale vehicle refurbishing sites: Donzère (France), Madrid-Villaverde (Spain), Goole (UK), Antwerp (Belgium) and Saint-Pierre-Lès-Nemours (France). A sixth site will be opening by the end of 2022 in the UK, in Hull. Together, these six sites will take the Group’s estimated total annual refurbishing capacity up to 132,000 vehicles by the end of 2023.

Refurbishing vehicles, a rational alternative from an environmental and economic perspective

With this new site in Saint-Pierre-Lès-Nemours, Aramis Group is further strengthening its position as a major player within the circular economy in France and is looking to improve the carbon footprint of its road transport flows, by notably prioritizing the nearest refurbishing site when acquiring vehicles from private owners.

In the same way as the Donzère site, the Saint-Pierre-Lès-Nemours site will ensure a strong focus on the recycling and recovery of waste generated in connection with the refurbishing process. In 2021, Aramisauto, the Group’s French subsidiary, recorded a waste recovery rate of 76%.

The site will also focus on repairing parts instead of replacing them, especially for bodywork and windows, targeting a further reduction in the volume of waste generated by a car when it is refurbished (20.7 kg on average for 2021).

With nearly 250,000 used cars refurbished in-house across its four geographies since 2014, and around 500 staff dedicated to these operations locally, Aramis Group has not only established the standards for the vehicle refurbishing industry to follow, but also shown the relevance of its approach and the strong levels of support for its model among its customers. Benefiting from a proven business model and the strategic and financial support of its majority shareholder Stellantis, the Group is positioned to continue moving forward with its strategy to grow its market shares and capitalize on the opportunities opening up for the most robust operators as a result of the automotive market’s increased complexity over the last few months.

Aramis Group is the leading European B2C platform for online used car sales, operating the Aramisauto, Cardoen, Clicars and CarSupermarket brands, in France, Belgium, Spain and the UK respectively. The Group is transforming the used car market and harnessing digital technology to support customer satisfaction with a fully vertically integrated business model. For the first half of FY 2022, Aramis Group generated revenues of €873 million, sold more than 41,000 vehicles B2C, and recorded more than 40 million visits to its websites. At end-March 2022, the Group had more than 1,800 employees, a network of 60 agencies and four industrial refurbishing sites. Aramis Group is listed on Euronext Paris Compartment A (Ticker: ARAMI – ISIN: FR0014003U94). For more information, visit www.aramis.group.

Certain information included in this press release is not historical data but forward-looking statements. These forwardlooking statements are based on current beliefs and assumptions, including, but not limited to, assumptions about current and future business strategies and the environment in which Aramis Group operates, and involve known and unknown risks, uncertainties and other factors, which may cause actual results or performance, or the results or other events, to be materially different from those expressed or implied in such forward-looking statements. These risks and uncertainties include those discussed or identified in Chapter 3 “Risk Factors” of the Universal Registration Document dated January 26, 2022, approved by the AMF under number R. 22-004 and available on the Group’s website (www.aramis.group) and on the AMF website (www.amf-france.org), and in particular the risks identified under paragraphs 3.1.1 “Risks related to general economic conditions and their trend”, 3.1.2 “Risks relating to trends in the automotive industry”, 3.2.1 “Risks related to the procurement of used cars” and 3.2.2 “Risks related to price changes on the used cars market”. These forward-looking statements and information are not guarantees of future performance. Forward-looking statements speak only as of the date of this press release. This press release does not contain or constitute an offer of securities or an invitation or inducement to invest in securities in France, the United States or any other jurisdiction. 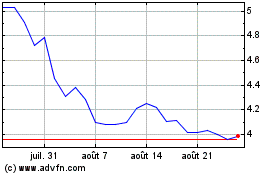 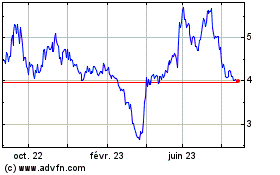 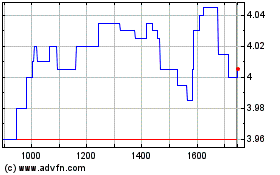