Breda, the Netherlands—June 24, 2022—argenx (Euronext & Nasdaq: ARGX), a global immunology company committed to improving the lives of people suffering from severe autoimmune diseases, today announced that the Committee for Medicinal Products for Human Use (CHMP) of the European Medicines Agency (EMA) has recommended European Commission (EC) approval of efgartigimod as an add-on to standard therapy for the treatment of adult patients with generalized myasthenia gravis (gMG) who are anti-acetylcholine receptor (AChR) antibody positive.

The positive CHMP opinion is a scientific recommendation for marketing authorization, serving as a basis for the EC’s final decision on argenx’s application for efgartigimod. The EC is expected to make a decision within approximately 60 days following CHMP recommendation, which will be applicable to all 27 European Union Member States, in addition to Iceland, Norway and Liechtenstein.

“The current treatment of generalized MG in Europe leaves many patients with insufficiently controlled symptoms that markedly decrease quality of life. Caregivers and medical teams are well aware of the need for new treatment options that are safe, effective and targeted to the disease biology” said Anthony Béhin, MD neuromuscular physician at Institut de Myologie, La Pitié Salpétrière, Paris. “As a practicing neurologist regularly seeing people who live with this debilitating chronic disease, the CHMP’s positive opinion of efgartigimod represents an exciting advancement toward bringing a new treatment option to these patients in Europe.”

The MAA included results from the pivotal Phase 3 ADAPT trial, which were published in the July 2021 issue of The Lancet Neurology. The ADAPT trial met its primary endpoint, demonstrating that significantly more anti-acetylcholine receptor (AChR) antibody positive gMG patients were responders on the Myasthenia Gravis Activities of Daily Living (MG-ADL) scale following treatment with efgartigimod compared with placebo (68% vs. 30%; p<0.0001). Responders were defined as having at least a two-point reduction on the MG-ADL scale sustained for four or more consecutive weeks during the first treatment cycle.

There were additionally significantly more responders on the Quantitative Myasthenia Gravis (QMG) scale following treatment with efgartigimod compared with placebo (63% vs. 14%; p<0.0001). Responders were defined as having at least a three-point reduction on the QMG scale sustained for four or more consecutive weeks during the first treatment cycle.

“We are thrilled by the CHMP’s recommendation in favor of efgartigimod, which brings us one step closer to delivering this therapy to people living with gMG in Europe and around the world,” said Anant Murthy, Ph.D., General Manager, EU, argenx. “We are confident in the European team we have built, and pending marketing authorization, look forward to close collaboration with regulatory bodies and government authorities across the region to ensure this treatment option will be available for as many patients as possible.”

Efgartigimod is the first-and-only approved FcRn blocker in the U.S. as VYVGART (efgartigimod alfa-fcab) for the treatment of adult gMG patients who are anti-AChR antibody positive and in Japan for those who do not have sufficient response to steroids or non-steroidal immunosuppressive therapies (ISTs). argenx also plans to launch efgartigimod in Canada, China through its collaboration with Zai Lab, and select additional regions.

The Phase 3 ADAPT trial was a 26-week randomized, double-blind, placebo-controlled, multi-center, global trial evaluating the safety and efficacy of efgartigimod in adult patients with gMG. A total of 167 adult patients with gMG in North America, Europe and Japan enrolled in the trial. Patients were randomized in a 1:1 ratio to receive efgartigimod or placebo, in addition to stable doses of their current gMG treatment. ADAPT was designed to enable an individualized treatment approach with an initial treatment cycle followed by subsequent treatment cycles based on clinical evaluation. The primary endpoint was the comparison of percentage of MG-ADL responders in the first treatment cycle between efgartigimod and placebo treatment groups in the anti-AChR antibody positive population.

Efgartigimod is an antibody fragment designed to reduce pathogenic immunoglobulin G (IgG) antibodies by binding to the neonatal Fc receptor and blocking the IgG recycling process. Efgartigimod is being investigated in several autoimmune diseases known to be mediated by disease-causing IgG antibodies, including neuromuscular disorders, blood disorders, and skin blistering diseases. It is currently approved in the United States for the treatment of adult patients with gMG who are anti-acetylcholine receptor antibody positive, and Japan for adult patients with gMG who do not have sufficient response to steroids or non-steroidal immunosuppressive therapies.

Generalized myasthenia gravis (gMG) is a rare and chronic autoimmune disease where IgG autoantibodies disrupt communication between nerves and muscles, causing debilitating and potentially life-threatening muscle weakness. Approximately 85% of people with MG progress to gMG within 24 months1, where muscles throughout the body may be affected. Patients with confirmed AChR antibodies account for approximately 85% of the total gMG population1.

argenx is a global immunology company committed to improving the lives of people suffering from severe autoimmune diseases. Partnering with leading academic researchers through its Immunology Innovation Program (IIP), argenx aims to translate immunology breakthroughs into a world-class portfolio of novel antibody-based medicines. argenx developed and is commercializing the first-and-only approved neonatal Fc receptor (FcRn) blocker in the U.S. and Japan. 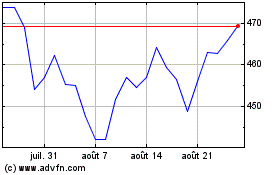 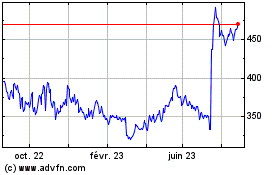 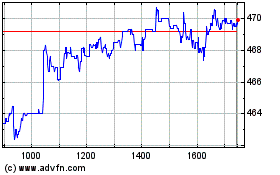