Paris, April 6, 2022 – The Board of Directors, on the recommendation of the Nomination and Governance Committee, has approved the following changes in its composition:

The approval of the appointment as Director of Mr. Rodolphe Belmer, Chief Executive Officer of Atos since January 1, 2022, and the renewal of his term of office as Director, will be submitted to the vote of the shareholders at the General Meeting on May 18, 2022.

Renewal of the mandates of Valérie Bernis and Vernon Sankey

Ms. Valérie Bernis has been an independent Director since April 2015. She is also Chair of the CSR Committee and a member of the Remuneration Committee.

Mr. Vernon Sankey has been a Director since October 2009.

The appointments of Ms. Elizabeth Tinkham, Ms. Astrid Stange and Mr. René Proglio as independent Directors will be submitted to the vote of the shareholders at the Annual General Meeting on May 18, 2022.

Ms. Elizabeth Tinkham, of American nationality, is a former Senior Managing Director at Accenture. She would bring her extensive experience in the cloud business and her in-depth knowledge of hyperscalers to the Atos Board of Directors.

Ms. Astrid Stange, of German nationality, is the former Chief Operating Officer (COO) of the AXA group and a former Senior Partner and Managing Director of the Boston Consulting Group (BCG). She would bring her operational experience of large-scale digital and operational transformations on the client side and her intimate knowledge of the financial and insurance sector to the Atos Board of Directors.

Mr. René Proglio, of French nationality, is a partner at PJT Partners, former Head of Morgan Stanley in France and Partner for 20 years at Arthur Andersen. He would bring his extensive financial and accounting knowledge as well as his strategic vision in terms of acquisitions and disposals to the Atos Board of Directors.

Non-renewal of the mandates of Colette Neuville and Jean Fleming

Ms. Colette Neuville, Director of Atos since April 2010, and Ms. Jean Fleming, Director of Atos representing employee shareholders since May 2009, did not wish to submit their mandates for renewal at the upcoming Annual General Meeting.

As a consequence of the non-renewal of Ms. Jean Fleming's mandate, two employee candidates, Mr. Christian Beer and Ms. Katrina Hopkins, will be proposed at the Annual General Meeting to represent employee shareholders. Mr. Christian Beer is Head of Business Partner Service in Network and Communication Practice at Atos in Germany, and Chairman of the Supervisory Board of the Atos FCPE. Ms. Katrina Hopkins is Group Head of Talent, Career and Learning at Atos International.

The candidate who receives the highest number of votes from the shareholders present or represented at the Annual General Meeting on May 18, 2022, will be appointed as the Director representing employee shareholders.

In addition, Mr. Cedrik Neike, Member of the Managing Board of Siemens AG and CEO of Digital Industries, a non-independent Director since January 2020, has submitted his resignation to the Board of Directors with effect after the next Annual General Meeting.

The strategic partnership between Atos and Siemens remains fully in force. As a reminder, this partnership was strengthened and renewed in September 2020 for 5 years through agreements signed by Atos SE with Siemens AG, Siemens Energy AG and Siemens Healthineers AG. The implementation of these agreements enables Siemens to accelerate in the areas of service modernization and digitalization, data-centric digital, cloud transformation and cybersecurity. Siemens and Atos also announced the extension of their Global Alliance beyond technology cooperation to bring their joint digital solutions together to the market.

"I am pleased to submit the appointments of Elizabeth Tinkham, Astrid Stange and René Proglio, as well as the reappointments of Rodolphe Belmer, Valérie Bernis and Vernon Sankey, to the vote at the next Annual General Meeting. Collectively, they represent the skills and expertise needed to put Atos back on the path of growth and performance expected by all our stakeholders.”

Mr. Meunier added: "On behalf of the entire Board of Directors, I would like to thank Colette Neuville and Jean Fleming for their long-standing commitment to Atos and their important contribution to key stages of the Group's transformation. I would also like to thank Cedrik Neike for his active and significant participation in the definition of the new Atos strategy with Rodolphe Belmer and the rest of the Board of Directors".

The notice of meeting (avis de réunion) concerning the Annual General Meeting to be held on May 18, 2022, containing the agenda, the draft resolutions as well as the rules for participation and voting, was published on April 6, 2022, in the Official Legal Gazette (Bulletin des Annonces Légales Obligatoires, BALO) and is available on the Company’s website (https://atos.net/en/investors/annual-general-meeting).

Elizabeth Tinkham, of American nationality, is a dynamic leader and a respected advisor to business leaders on technology, digital transformation and management issues.

Ms. Tinkham was a Senior Managing Director and member of the Global Executive Committee at Accenture PLC, where she held a variety of client facing and executive positions. She was the global account lead for Microsoft, responsible for driving account growth as well as the technology partnership between Microsoft and Accenture. Prior to heading the Microsoft account, Ms. Tinkham led Accenture’s Global and North American Management Consulting practice for the Communications, Media and Technology (CMT) verticals. Her responsibilities included revenue growth, M&A activity and chairing the CMT Investment Board.

Ms. Tinkham now advises innovative, growth-focused companies on the challenges and opportunities inherent to shifting to digital technologies. She sits on the board of directors of Particle.io, a San Francisco start-up specializing in the Internet of Things; Headspin, a mobile application testing platform; and Athena Alliance, a digital platform for executive education, networking and placement for top women in business. She also advises the state of Washington on educational and equity issues through her role as chairman of Washington Stem, a non-profit organization.

Ms. Tinkham teaches classes in management consulting and in nonprofit board management at the University of Washington’s Foster School of Business. She is the recipient of the Gamble Teaching Award for Innovation in Teaching.

Ms. Tinkham graduated from Ohio State University with a degree in aeronautical and astronautical engineering. She serves on the Dean’s Advisory Board in the College of Engineering and is a winner of a Distinguished Alumni Award.

Astrid Stange, of German nationality, is the former Chief Operating Officer (COO) of the AXA group and a former Senior Partner and Managing Director of the Boston Consulting Group (BCG). She has always been at the forefront of leading large and complex technology-enabled transformations, both in consulting and executive roles.

Ms. Stange started her executive career at Bertelsmann Buch AG as head of direct marketing in 1995. She became Senior Partner and Managing Director of the Boston Consulting Group where she started in 1998 as a member of the Global Insurance Practice. From 2008 to 2013, she led BCG’s Insurance Practice in Germany and then became Global Sector Leader for Life Insurance. Ms. Astrid Stange joined AXA in 2014 as member of the Executive Board of AXA Konzern AG (Germany), in charge of strategy, human resources, organization and client management. In December 2017, Ms. Stange was appointed Chief Operating Officer (COO) of the AXA Group and member of the Management Committee of AXA SA. As COO, she led a major transformation of the company regarding technology and data. In 2018, she also took the operational responsibility for the newly built unit AXA Group Operations which delivers infrastructure and application services, cyber security, emerging technologies, but also BPO and procurement services to AXA Group.

Ms. Stange left AXA in October 2021. She has since decided to take on advisory mandates and also supports company founders (Insurtech, NGO) as a strategy advisor.

Ms. Stange studied economics at the Ruhr University in Bochum. In 1993, she obtained a doctorate from the Department of Economics of the Technische Universität Braunschweig.

René Proglio, of French nationality, is a partner in the Strategic Advisory Group of PJT Partners. With more than 30 years of experience in the French mergers and acquisitions market, Mr. Proglio brings a strategic vision as well as leading financial expertise to companies.

Mr. Proglio joined PJT Partners in September 2021. He was previously at Morgan Stanley, where he served as Vice President and Head of the French market. Mr. Proglio joined Morgan Stanley in 2003 as a Managing Director in the Investment Banking group and led the advisory business in Paris before taking overall responsibility for the French business.

He began his career at Arthur Andersen in the Audit and Consulting groups, where he served as a partner for 20 years and held various management positions.

Mr. Proglio is a graduate of French business school HEC and holds a Chartered Accountant Diploma.

Katrina Hopkins is Vice President of Atos and Group Head of Talent, Career and Learning at Atos International. Ms. Hopkins is a Human Resources Manager with over 20 years of experience.

She has been with Atos since 2011 and joined the Group as part of Atos' acquisition of Siemens IT Solutions & Services. She has held various roles within the Human Resources Department, both regionally and globally, and is currently responsible for Talent Development, Performance and Learning within the Atos Group.

Ms. Hopkins holds a BSc (with Honors), in Psychology and is a Fellow of the Chartered Institute of Personnel and Development.

Christian Beer is Head of Business Partner Service in Network and Communication Practice at Atos in Germany. Mr. Beer has 25 years of experience in diverse management positions in several companies in the digital industry and joined Atos in 2004.

Mr. Beer has been a member of the Supervisory Board of Atos FCPE since 2020 and has chaired it since November 2021. He is also a Senior Expert within the Atos Expert Community since its founding in 2017.

Atos is a global leader in digital transformation with 109,000 employees and annual revenue of c. € 11 billion. European number one in cybersecurity, cloud and high-performance computing, the Group provides tailored end-to-end solutions for all industries in 71 countries. A pioneer in decarbonization services and products, Atos is committed to a secure and decarbonized digital for its clients. Atos is an SE (Societas Europaea), listed on Euronext Paris and included in the CAC 40 ESG and Next 20 indexes.

The purpose of Atos is to help design the future of the information space. Its expertise and services support the development of knowledge, education and research in a multicultural approach and contribute to the development of scientific and technological excellence. Across the world, the Group enables its customers and employees, and members of societies at large to live, work and develop sustainably, in a safe and secure information space. 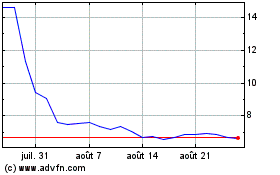 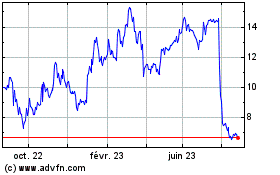 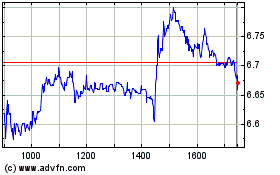