On May 25, 2022, the Board of Directors chaired by Mr. Daniel Derichebourg approved the financial statements for the six months ended March 31, 2022. During the meeting, the Chairman and CEO praised the Group’s ability to integrate acquisitions rapidly, as evidenced by Ecore’s impressive contribution to first half results reflected in proforma2 rolling 12-month EBITDA of €559 million.

The volume of ferrous metals sold was up 19.9% due to the consolidation of Ecore volumes. Excluding Ecore, volumes processed by the Group were down approximately 10%.

The decline in underlying volumes stemmed primarily from the drop in automotive production caused by semiconductor shortages.

The volume of non-ferrous metals sold was up 23%. Excluding Ecore, volumes were stable year on year.

Note that prices were firmer over the first half for virtually all the non-ferrous metals processed by the Group.

Revenue was up for all solutions, with the 8.9% overall increase outstripping market growth:

First half recurring EBITDA was €250.6 million, up 45.2% year on year. Growth was primarily driven by an improvement in unit margins in the Recycling business, partly offset by cost increases (mainly energy and fuel), and by Ecore’s contribution.

Derichebourg Group proforma recurring EBITDA2 amounted to €559 million on a rolling 12-month basis. This figure excludes the impact of pending asset disposals as part of the commitments made to the European Commission.

After €76.2 million in depreciation and amortization over the first half, recurring operating profit amounted to €174.6 million, up 55.4% year on year.

First half non-recurring items included €4.0 million of costs directly related to the Ecore acquisition, a positive €1.4 million impact arising from the revaluation of joint ventures with Ecore, which are now consolidated, and the expected €0.4 million loss on disposal of a subsidiary.

After a corporate income tax charge of €45.5 million implying a corporate tax rate of 28%, consolidated net profit was €118.3 million, including €117.8 million attributable to the shareholders of the consolidating entity (up 60% year on year).

Acquisition of a minority stake in Elior

On May 19, 2022, the Company announced that it had signed a memorandum of understanding with BIM, a company controlled by Sofibim, the holding company of Elior Group (“Elior”) founder Robert Zolade, and Gilles Cojan with a view to acquiring a minority stake in Elior. The transaction demonstrates Derichebourg’s confidence in Elior. It represents a real opportunity for Derichebourg to invest in one of the world’s leading operators in contract catering and support services, with strong potential and proven attractiveness.

Under the terms of the agreement due to be completed by June 30 at the latest, Derichebourg is to acquire a 14.7% stake from BIM and Gilles Cojan at a price of €5.65 per Elior share, with a possible earn-out of up to €1.35 per share based on the change in Elior’s share price between January 1, 2023 and December 31, 2024. Derichebourg, which already held 4.9% of Elior’s capital, will see its stake increase to a total of 19.6%.

Derichebourg is committed to being a long-term shareholder and to supporting the strategy implemented by Elior’s Board of Directors.

The investment will allow Derichebourg to take up two seats on Elior’s Board of Directors.

Derichebourg does not intend to file a public offer for Elior’s remaining shares.

The European Union’s desire to spearhead the industrial decarbonization movement is triggering initiatives among a number of European steel manufacturers to replace heavy greenhouse gas emitting blast furnaces with electric furnaces. Consumption of raw materials derived from recycling will increase in the future, whereas collection is not expected to change much, leading to upward pressure on ferrous scrap metal prices.

Derichebourg remains highly confident in the future of the recycling industry and in its industrial and financial outlook. We will reap the benefits of the commercial and operational synergies generated by the Ecore acquisition and the investments made in Spain will enter production.

In the short term, the current economic situation is fueling uncertainty about growth due to the geopolitical events that have unfolded in Europe over the last three months. An economic slowdown would have a temporary impact on Group earnings.

Meanwhile, Multiservices revenue is expected to enjoy further growth driven by strong commercial momentum. The increase in second half profit margins will depend on the Group’s ability to pass wage increases on to customers or reduce the cost base accordingly. The improvement in the aeronautics segment is expected to continue.

2 Allowing for consolidation of Ecore over 12 months 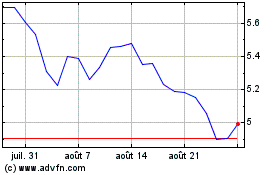 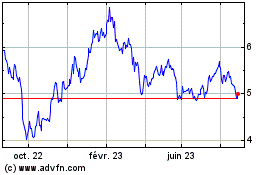 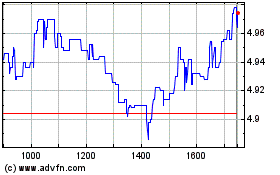