As the end of the school year approaches in multiple countries, including for children in Mexico across the country, Eutelsat Communications (Euronext Paris: ETL) (Paris:ETL) highlights its major role in the Internet para todos (Internet for All) connectivity programme, alongside three leading Mexican service providers, including Apco Networks and Globalsat. Eutelsat is currently providing them with capacity on its EUTELSAT 65 West A satellite, aimed at connecting Mexican rural schools through the installation of internet access points.

Apco Networks, Globalsat and another internet service provider were selected to support the government-backed CFE Telecommunications’ “Internet para todos” connectivity programme to accelerate the provision of internet connectivity throughout the Mexican territory. They are leveraging four powerful Ka beams on EUTELSAT 65 West A to build out coverage to areas beyond reach of terrestrial infrastructure.

Juan Pablo Cofino, Chief Executive Officer of Eutelsat Americas declared: “Connectivity has become a basic human need, and we are honored to be a key part in the solution to assist the Mexican government in its mission to get all Mexicans online. This also aligns with our CSR mission to bridge the digital divide. Once again, satellite is proving a robust, readily available and cost-effective solution for governments everywhere looking to fulfil their global service objectives.”

Orlando Castillo, CEO of Apco Networks, added: “At APCO Networks, we are very excited about the evolution and commitment of Eutelsat and our technology partners that allowed us to integrate an efficient solution to provide satellite connectivity service in the most remote rural areas of the country, benefiting communities that would otherwise remain isolated and that now have the possibility of surfing the Internet, thus having access to the benefits of connectivity such as communications with family and friends abroad, e-commerce, distance learning and contributing in this way to meeting the objectives of the government through the “Internet para Todos” programme.”

Eric Cataño Araiza, Founder and CEO of Globalsat, commented: "This project is one of the most ambitious that have been developed in this country. The offered bandwidth is of very good quality for the end user. We, at Globalsat, are committed to the service we offer our customers, and specifically to this great project of “Internet para todos” by CFE Telecomunicaciones. We know that with this network, we will contribute to the reduction of the digital gap and to the development of the most remote communities in the country.”

About Eutelsat Communications Founded in 1977, Eutelsat Communications is one of the world's leading satellite operators. With a global fleet of satellites and associated ground infrastructure, Eutelsat enables clients across Video, Data, Government, Fixed and Mobile Broadband markets to communicate effectively to their customers, irrespective of their location. Around 7,000 television channels operated by leading media groups are broadcast by Eutelsat to one billion viewers equipped for DTH reception or connected to terrestrial networks. Committed to promoting all facets of sustainable development across its business activities, Eutelsat leverages its in-orbit resources to help bridge the digital divide while maintaining a safe and uncluttered space environment. As an attractive and socially responsible employer, Eutelsat assembles 1,200 men and women from 50 countries who are dedicated to delivering the highest quality of service.

For more about Eutelsat go to www.eutelsat.com

About Apco Networks APCO Networks is a proudly Mexican company, whose headquarters are based in the city of Merida, Yucatan, and its teleports in Mexico City and Merida. It is specialized for the last 15 years in high-availability and technologically complex satellite communication services for business users, both government and civilians, as well as homeland security and public in general, with the mission of always integrating the best solutions with the most suitable technology for each project, at competitive prices.

About Globalsat Globalsat has more than 21 years in the Mexican market participating in this type of projects with the government. Globalsat has the experience of offering rural communication services to schools as well as to health centers and libraries throughout the national territory, integrating solutions with a high degree of engineering in partnership with Eutelsat, to minimize points of failure and maximize the availability of services at a better cost/benefit ratio for both the community and the government. 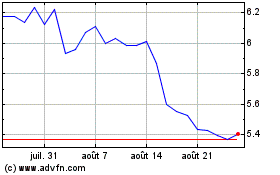 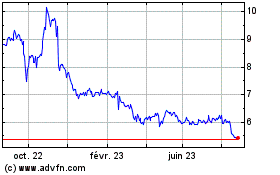 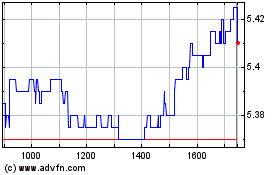