63 producers have requested OKwind solutions aim at achieving at least 35% energy self-sufficiency and thus reduce their electricity bills in a time of very high energy cost inflation. An agreement that allows, over a period of 6 months, the installation of 1.4 megawatt-peak, that is to say an average global production capacity of 2.6 GigaWh.

The cooperative des poulets de Janzé has offered to its members a joint purchase of OKwind solutions to meet their energy requirements while improving their carbon footprint. Nearly 40% of the 170 members responded favorably to the proposal and will be equipped with intelligent solar trackers by November 2022. A joint operation that will allow 63 farmers to increase their energy self-sufficiency and reduce their electricity bill.

This joint commercial agreement allows each farmer to cope with soaring energy prices and at the same time to participate in the ecological transition. These energy solutions are installed on farmers' properties throughout the cooperative's territory and can be used to produce green energy in a diffuse environment without mobilizing land. This is a direct benefit for the entire Ille-et-Vilaine region, wherein green energy production has increased thanks to this agreement. Moreover, this deployment is being carried without public subsidies and directly reduces the operating costs of farmers. OKwind's solutions can absorb energy price fluctuations over time with an investment that is amortized over a few years.

Groupe OKwind, a strong partner of the agricultural community

As the French leader in self-consumption in the professional sector, Groupe OKwind has a strong and long-standing establishment in the agricultural sector with a strong commitment to creating richness in rural areas.

Self-consumption allows the production and consumption of green energy in the same place. Thanks to its technology of solar trackers, dual-axis and dual-sided, which follow the sun like sunflowers, OKwind enables to reach up to 70% of energy self-sufficiency.

These energy generators coupled with an energy management system allow to produce a stable and linear energy adapted to each production system. Easily installed on farms, thanks to a very small footprint, they allow the free use of agricultural surfaces in polyculture. Solar trackers appear as the most suitable solar energy production technology for agriculture and breeding. Numerous advantages which seduce each year a growing number of farmers.

The cooperative des Fermiers de Janzé is first and foremost a territory, located in family farms, which produces quality farm poultry with know-how derived from a virtuous model. Strengthened by its history, the cooperative intends to continue to build on its raison d'être of raising free-range poultry while remaining committed to its territory.

Since its creation in 2003, the cooperative, supported by its 170 breeders, has always been committed to using breeding methods that respect both the environment and the well-being of the producers and their poultry. Commitments carried by the collective where social responsibility remains paramount. Label Rouge poultry, therefore, raised in the open air with respect and with strict specifications but not only...

The joint operation with OKwind, working in the same territory, illustrates this. It will enable producers, who will soon be involved in self-consumption, to increase their energy self-sufficiency and reduce their electricity bill. Therefore, in addition to making savings and continuing their actions in favor of the environment, the breeders participate concretely in the ecological transition of our region.

For Louis Maurice, CEO of Groupe OKwind: “This commercial agreement is a first. It demonstrates how a cooperative can also support its members on the energy aspect. By opting for self-consumption, farmers are doing more than saving money, they are committing themselves to their territory. They participate in a concrete and visible way to energy independence. That's what we are fighting for at OKwind: to develop real solutions to create richness in rural areas.

For Patrick Giboire, President of the cooperative des Fermiers de Janzé: “We are all aware that we must constantly improve our breeding practices to keep working for our environment. This project is a concrete example of the cohesion and strong support of our producers who will install a tracker OKwind on their farms by the end of the year. We are proud, as breeders advocating for local, to be associated with an innovative company on our territory and which will allow us to produce green energy produced at home!”

While the poultry of Janzé has been making the inventory of products in Brittany since the 19th century, it is in 1980 that the association of des poulets de Janzé was created with as watchwords, hygiene and quality. The breeders then voted for statutory independence and formed a cooperative in 2003 to defend their interests. The association remains the owner of the Label Rouge specifications, proof of superior quality and the Protected Geographical Indication of Janzé, and continues to coordinate actions within the sector. Today, the cooperative des Fermiers de Janzé is composed by 170 producers of farm poultry (chickens, guinea fowl, but also turkeys or capons during festive periods) united on the territory of Ille-et-Vilaine and neighbouring cantons. A cooperative on a human scale, in which the values of solidarity and quality also have the ambition to contribute to the sustainable development of the territory. Agroforestry, biogas or self-consumption of its electricity produced on its farm are also actions in favor of the environment, which allows to continue to write the history of des Fermiers de Janzé on its territory.

Founded in 2009 by Louis Maurice, Chairman and CEO, Groupe OKwind develops solutions for the production and consumption of green energy in short supply chains. Our comprehensive approach, combining energy generation and management, aims to strengthen energy autonomy and thus accelerate the ecological transition. Thanks to its unique technological ecosystem, Groupe OKwind enables self-consumption to assert itself as a new avenue for energy. A solution that can be quickly deployed, managed in real time and at a competitive price, without subsidies. Every day, we work to deploy local, low-carbon, fixed-cost energy for professionals and individuals. In 2021, Groupe OKwind generated consolidated revenue of €25 million and today has 150 employees, with more than 2,000 installations throughout France. 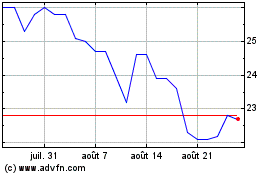 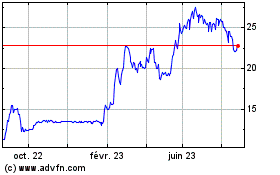 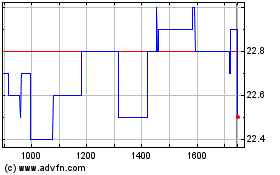