Report on the Combined General Meeting and on the Supervisory Board from June 21, 2022

Approval of the full-year accounts for 2021

The General Meeting approved the corporate and consolidated financial statements for 2021.

The General Meeting approved the appropriation of earnings for 2021 and a payout drawn against the “issue premium” account for 0.05 euros per share: The ex-dividend date will be June 30, 2022, followed by payment on July 4, 2022.

Terms of office renewed, and new Supervisory Board member appointed

The General Meeting renewed the terms of Ms. Annie Geoffroy and Christine Monier, and Messrs. Pierre-Yves Kielwasser and Bernard Raboutet.

The Supervisory Board now has seven members, including two women. 71% of the members are independent.

RIBER's shareholders adopted the other resolutions, which included:

The Supervisory Board defined the composition of its committees. From now on:

The Supervisory Board took note of the expiration of the terms of office of the members of the Executive Board and thanked them, including Its Chairman Mr. Philippe Ley, for their commitments over the past few years, as well as for the results achieved in the company’s development.

Renewal of the Executive Board

In accordance with the Company's statutory provisions, the Supervisory Board appointed a new Company’s Executive Board made up of two members, in the person of Mr. Michel Picault and Mr. Emmanuel Routier, for a term of five years from this date.

Mr. Michel Picault was also appointed Chairman of the Executive Board for a term of one year. His deep knowledge of the company, its strategy, its clients and partners is a source of opportunities to prepare for 2023 and initiate a new phase of development for the Company.At the same time, the Supervisory Board has initiated a selection process for new candidates, in order to strengthen and diversify the staff of the Executive Board.

Biography of the new Supervisory Board member

Jean-Christophe Eloy, 56 years old, started his career at CEA-Leti and then created the semiconductor business at Ernst & Young. He is today President and CEO of Yole Group, the market research & strategy consulting company created in 1998. Yole Group has since grown to become a group of companies offering specific support to semiconductor companies.Jean-Christophe Eloy is an emlyon business school graduate and is an engineer from INPG (Institut National Polytechnique de Grenoble).

Biography of the new Executive Board member

Michel Picault, 68 years old, after having been a researcher in a state agency, then a development engineer in a Telecom company, joined RIBER in 1983. Until 1997, he held various positions (technical, marketing/sales, production...) in the US and France. In 1997, he took over RIBER with a group of investors, and became Chairman of the Executive Board, a position he held until 2008, then from 2016 to 2019, while being an Executive Board member until 2020. Since 2014, he runs a consulting company for SMEs, and is involved in the financing of start-ups that he supports.Michel Picault is a graduate of INSA Lyon - National Institute of Applied Sciences of Lyon.

The Company would like to thank the shareholders who took part in this General Meeting. The quorum conditions and detailed voting results will be available soon on the French version of the Company’s website (www.riber.com)

RIBER is the global market leader for MBE - molecular beam epitaxy - equipment. It designs and produces MBE systems and evaporators for the semiconductor industry. It also provides technical and scientific support for its clients, maintaining their equipment and optimizing their performance and output levels. Through its high-tech equipment, RIBER performs an essential role in the development of advanced semiconductor systems that are used in numerous consumer applications, from information technologies to 5G telecommunications networks, OLED screens and next-generation solar cells.RIBER is a BPI France-approved innovative company and is listed on the Euronext Growth Paris market (ISIN: FR0000075954).www.riber.com 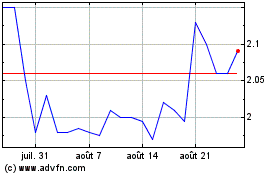 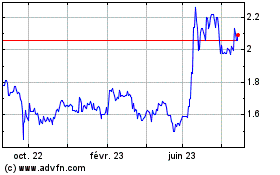 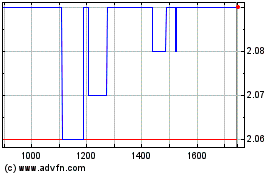