“Technicolor’s divisions continued to perform in line with our expectations, despite facing ongoing headwinds in key components supply, logistics and talent recruitment. With a robust demand across most of our businesses, I am pleased to confirm this year’s guidance.

Following the restructuring executed within our divisions, the company has gained significant operating leverage, which is highlighted by the constant progress in our margins and cash flow generation.

While our teams have been doing a great job handling our day-to-day operations, we have also made significant progress in the partial spin-off of TCS along with the full refinancing of our existing debt. We are well on track to have two new independent companies in the third quarter of 2022.

This operation is a unique opportunity to ensure both TCS and Technicolor Ex-TCS have the adequate capital structure to support their development, long-term ambitions and organic growth. With the spin-off and the debt refinancing, we intend to create two independent market leaders in their respective sectors, with solid foundations for long term growth.”

First quarter 2022 Adjusted EBITDA of €55 million improved by €11 million (+28.6%) at constant exchange rate, mainly thanks to higher revenues and improved performance at TCS and improved EBITDA at Connected Home. Margin improved by 169 basis points to 7.2% of revenues, resulting from the significant cost savings and operating efficiencies achieved across all divisions. This resulted in a +€16 million adjusted EBITA improvement at constant rate compared to the first quarter 2021.

Free Cash Flow from continuing operations before financial and taxes amounted to €(126) million compared to €(200) million in the first quarter 2021, mainly thanks to better operating performance and lower change in working capital requirements at Connected Home, along with lower restructuring expenses.

The Group confirms its 2022 guidance:

The Group delivered €171 million of cost savings in 2020, and €116 million in 2021. These results, combined with continuous improvements in efficiency, are keeping Technicolor on track to deliver a cumulative €325 million in run rate cost savings by the end of 2022.

As a result, the Group Technicolor confirms its 2022 guidance:

2022 guidance assumes €/$ exchange rate of 1.15. As presented on February 24th, 2022, 2022 guidance numbers reflect changes in accounting methods (IFRIC adjustments on Saas), and do not include the TCS spin-off.

In addition, Technicolor is working on its debt refinancing:

The Group has also appointed the leadership teams for the two new entities.

Both the refinancing and the spin-off are expected to be completed in Q3 2022, subject to (i) the shareholders’ approval of the issuance of the MCN on May 6th, 2022, (ii) the shareholders’ approval of the terms of the spin-off, (iii) the completion of the refinancing discussions with creditors on terms satisfactory to Technicolor Ex-TCS and TCS and (iv) customary conditions, consultations and regulatory approvals.

Technicolor Creative Studios revenues amounted to €198 million in the first quarter 2022, up 41.6% at current exchange rate and up 33.4% at constant rate compared to Q1 2021. Excluding the Post-Production business divested in April 2021, revenue growth was 66.1% at current exchange rate and 56.5% at constant rate compared to Q1 2021. This improvement resulted from the significant demand for original content and rising advertising spend, which together drove double-digit revenue growth for each business line compared with the first quarter 2021, which still suffered from pandemic-related impacts on production. More specifically in the first quarter 2022:

Adjusted EBITDA amounted to €26 million (13.0% margin), up €10 million compared to Q1 2021 at constant rate, and Adjusted EBITA was €11 million, up €12 million compared to Q1 2021 at constant rate. Significant margin improvement compared to Q1 2021 resulted from the positive impacts of the revenue increase combined with multiple operational transformation programs. Q1 2022 margin was partly reduced by higher costs originating from the market shortage of talent, which resulted in   higher labor costs to complete major projects. While TCS staff increased from approximately 10,700 at the end of December 2021 to approximately 11,800 at the end of March 2022, the Group is actively working on accelerating its recruiting and training plan. The difficulty to deliver on all projects remains the main challenge for 2022.

Connected Home revenues totaled €408 million in the first quarter 2022, down 4.6% at current exchange rate and down 11.3% at constant exchange rates compared the same period in 2021. Sales volumes2 continued to be impacted by the worldwide semiconductor crisis combined with supply chain disruptions, limiting the division’s ability to fully satisfy the strong demand from its customers. Specifically, the underlying demand for the first quarter 2022 was higher than actual sales.The division continues to focus on selective investments in key customers, platform-based products and partnerships, and on optimizing fixed costs.

The division continues its collaboration with clients and suppliers to maximize deliveries, and to mitigate potential profitability and working capital impacts. A significant portion of cost increases is currently passed through to customers.

1 Including IT capacity use for rendering in Technicolor Creative Studios of €(2)m in Q1 2022 and €0m in Q1 20212 Risk, litigation and warranty reserves

First quarter 2022 revenues were up 6.6% (approximately flat at constant exchange rates). Excluding change in perimeter (i.e. excluding Post-Production), first quarter 2022 revenues would have been up 9.8% and 2.7% at constant exchange rates. Technicolor Creative Studios recorded a strong improvement in revenues, while Connected Home continued to be impacted by industry-wide key component shortages and supply chain disruption, which prevented the business from meeting strong customer demand in full.

First quarter 2022 Adjusted EBITDA improved by €16 million (+39.1%) to €55 million, or +28.6% at constant exchange rate. EBITDA growth was mainly driven by higher revenues and improved performance at TCS and improved EBITDA at Connected Home. Margin was 7.2%, up 169 basis points, resulting from the significant cost savings and operating efficiencies achieved across all divisions.

First quarter 2022 Adjusted EBITA of €14 million represented an €18 million improvement at current rate (+€16 million at constant rate) compared to the first quarter 2021. This resulted mainly from the EBITDA improvement.

EBIT from continuing operations was a €(1) million loss compared to a €(29) million loss in the first quarter 2021. This resulted from better operational performance, along with lower non-recurring items, mainly related to lower restructuring costs.

Income tax as up at €(7) million, compared to €(1) million, mainly due to TCS improved performance.

Net gain from discontinued operations amounted to €2 million compared to €1 million in the first quarter 2021.

1 Including IT capacity use for rendering in Technicolor Creative Studios

Free Cash Flow from continuing operations before financial and taxes improved to €(126) million compared to €(200) million in the first quarter 2021. This €74 million improvement mainly reflects positive impacts from:

These positive impacts were partly offset by:

An analyst audio webcast hosted by Richard Moat, CEO and Laurent Carozzi, CFO will be held today, May 5, 2022, at 6:30pm CET.

This press release contains certain statements that constitute "forward-looking statements", including but not limited to statements that are predictions of or indicate future events, trends, plans or objectives, based on certain assumptions or which do not directly relate to historical or current facts. Such forward-looking statements are based on management's current expectations and beliefs and are subject to a number of risks and uncertainties that could cause actual results to differ materially from the future results expressed, forecasted, or implied by such forward-looking statements. For a more complete list and description of such risks and uncertainties, refer to Technicolor’s filings with the French Autorité des marchés financiers. 2021 Universal Registration Document (Document d’enregistrement universel) has been filed with the French Autorité des marchés financiers (AMF) on April 5, 2022, under number D-22-0237 and an amendment to the 2021 URD has been filed with the AMF on April 29, 2022, under number D-22-0237-A01.

Technicolor shares are admitted to trading on the regulated market of Euronext Paris (TCH) and are tradable in the form of American Depositary Receipts (ADR) in the United States on the OTCQX market (TCLRY).

The Mill contributed to approximately 1,000 projects during the quarter, including 34 Super Bowl projects— 29 of which were TV spots that aired during the game; and was nominated for and won several prestigious industry awards, including:

Notable projects during the quarter include Samsung’s ‘Love at First Sight’, Samsung’s ‘Playtime Is Over’ and Pepsi’s Super Bowl halftime trailer ‘The Call’.

Mikros Animation announced a new collaboration with Netflix on Charlie and the Chocolate Factory, the upcoming animated event series based on the Roald Dahl book – written, directed and executive produced by Taika Waititi.

Revenues breakdown by region and product

On the Corporate Social Responsibility side:

As part of the financial restructuring transaction completed in 2020, debt maturities were extended and new financings executed, reinforcing the Group’s liquidity.

In addition to published results, and with the aim of providing a more comparable view of the evolution of its operating performance, Technicolor is presenting a set of adjusted indicators which exclude the following items as per the statement of operations of the Group’s consolidated financial statements:

Technicolor defines “Free Cash Flow” as net cash from operating activities (continuing and discontinued) plus proceeds from sales of property, plant, and equipment (“PPE”) and intangible assets, minus purchases of PPE and purchases of intangible assets including capitalization of development costs.

3 Volume break-down by product is available in Appendix 1 “Business highlights by division” of this press release. 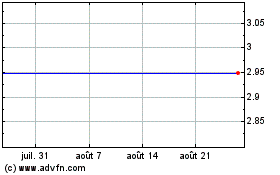 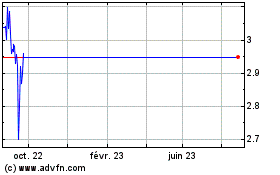 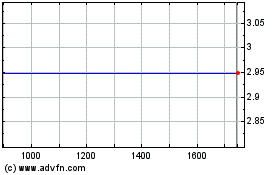