Enrico Bastianelli, Chief Executive Officer of TheraVet, commented: “During this first half of the year, TheraVet achieved very important business milestones. Concerning BIOCERA-VET, in addition to the partnership agreement for BIOCERA-VET® SmartGraft, we signed 3 distribution contracts, covering now three out of the five biggest vet markets in Europe: France, United Kingdom & Ireland and Spain. Furthermore, thanks to the efforts of the team, the whole BIOCERA-VET line is now distributed, making available the most comprehensive line of bone substitutes on the vet market”.

Key operational events of the period

Distribution Agreement for the BIOCERA-VET product line in France

On February 4, 2022, the Company announced the presentation of BIOCERA-VET® clinical data in bone fusion surgical procedure1 at 6th World Veterinary Orthopaedic Congress (WVOC) and 49th Annual Conference of the Veterinary Orthopedic Society (VOS) 2022. The results were extremely well received and was granted the Best Poster Presentation Award by the WVOC/VOS committee.

The Company also announced the confirmation of the excellent efficacy and safety results:

- Bone fusion scores for BIOCERA-VET® at 4 and 8 weeks comparable to autologous bone graft;

- No complication related to BIOCERA-VET® (0% vs. 25% for autologous bone graft)

These results therefore confirmed the positioning of BIOCERA-VET® Bone Surgery as a valuable alternative to autologous bone graft in joint bone fusion.

On March 15, 2022, the Company announced the commercial launch of BIOCERA-VET® Bone Surgery and Osteosarcoma in United Kingdom and Ireland. This milestone propelled TheraVet into the 3rd largest European market with more than 16 million companions (dogs and cats) and into one of the fast-growing veterinary markets with an expected CAGR2 of +9.5% up to 2026. In 2020, the companion animal services market represented £6.2 billion, of which £2.1 billion dedicated to veterinary care. With over 23% of companion animals covered by health insurance, the UK is one of the European countries with the highest coverage behind Sweden.

Distribution agreement for BIOCERA-VET® in United Kingdom and Ireland

On May 10, 2022, the company announced the signing of an exclusive distribution agreement with Veterinary Instrumentation (Vi), a global animal-health company specialising in orthopaedics & surgical instrumentation. This agreement represents a significant step forward for the distribution of BIOCERA-VET® product line in United Kingdom and Ireland.

Commercial launch of the whole BIOCERA-VET line in Belgium, France, The Netherlands, Spain, UK & Ireland and in United States.

Distribution is ensured by wholesalers and distributors in Belgium (Covetrus), France (Centravet), United Kingdom & Ireland (Veterinary Instrumentation) and in Spain (Nuzoa, as from September 2022) as well as through TheraVet’s brand new webshop www.bioceravet.com.

On June 30, 2022, the Company announced the commercial launch of its BIOCERA-VET® products including BIOCERA-VET® Bone Surgery Ready-to-Use, BIOCERA-VET® Granules and BIOCERA-VET® Osteosarcoma Ready-To-Use in United States of America, the largest companion animal health market with about 89 million dogs, 104 million cats and a pet ownership above 50%. The Company will initially focus its marketing and commercial efforts on the states of Texas, Florida and Carolinas. These four states were selected as they gather more than 20% of US orthopedic specialists and some of the highest pet ownership rate of the US, as it is ranging from 56 to 59% and as TheraVet has currently its main collaborations with important Key Opinion Leaders in Texas and in the Carolinas.

Next key operational events for the second half of the year

The next key Company milestone is to expand the commercialization of BIOCERA-VET® to Germany, the biggest European pet market, with ~25 million dogs and cats. Additionally, with the objective to always improve its portfolio, the Company will pursue the development of BIOCERA-VET® combined with antibiotics and prepare its commercialization later in the year. As with sales and revenues targets, these milestones could be affected by the current geopolitical and socio-economic conditions. But despite this, the Company remains confident in its ability to reach its objectives.

The Company continues its efforts on the European pivotal clinical study assessing VISCO-VET® in canine osteoarthritis. After the late approval3 of the clinical study by the competent authorities, the set-up and initiation of sites in Portugal and Poland are now completed. However, the delays in patient recruitment communicated in the annual report published last Avril 6, 2022 is only slowly improving. Indeed, despite the setup of corrective measures, the recruitment rate is so far not reaching the target. In Poland, one of the main recruiting countries, the proximity with Ukraine and the massive influx of refugees is the main cause. In other countries, as reported by veterinarians, it is the abnormally high routine workload related to the significant increase of pet ownership and pet treatments since COVID pandemic period that does not allow to increase the time dedicated to clinical studies. Therefore, VISCO-VET development plan is now expected to suffer delay of several months as compared to the initial development plan.

TheraVet is a veterinary biotechnology company specialising in osteoarticular treatments for companion animals. The Company develops targeted, safe and effective treatments to improve the quality of life of pets suffering from joint and bone diseases. For pet owners, the health of their pets is a major concern and TheraVet’s mission is to address the need for innovative and curative treatments. TheraVet works closely with international opinion leaders in order to provide a more effective response to ever-growing needs in the field of veterinary medicine. TheraVet is listed on Euronext Growth® Paris and Brussels, has its head office in Belgium (Gosselies) with a US subsidiary in Texas.

3 Set-up and initiation of Poland and Portugal was expected in 4Q2021 however due administrative delay of competent authorities not related to VISCO-VET product evaluation, this step was only achieved in 2Q2022 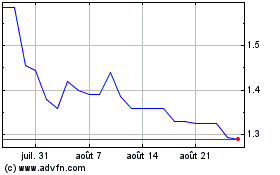 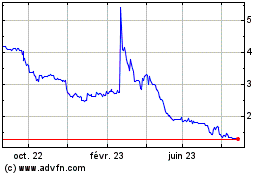 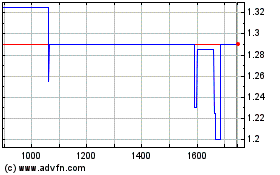