23 February 2022, 7:00am, Antwerp, Belgium: VGP NV (‘VGP’ or ‘the Group’), a European provider of high-quality logistics and semi-industrial real estate, today announces the results for the financial year ended 31 December 2021:

VGP’s Chief Executive Officer, Jan Van Geet, said: “VGP reported solid results benefiting from elevated leasing activity, rental growth and compression in valuation yields. Like in previous years, we have been able to consistently enlarge our land bank in-line with our growth, yet, with nearly 40% of projects acquired last year being brownfield, we continue to place our clients closer to their clients and customers and help improve their supply chain efficiency and last mile delivery. The demand for new space witnessed into 2022 continues to be healthy and we remain optimistic on the outlook for this year as business sentiment is upbeat and secular shifts point towards elevated demand for the coming period driven by consumer shift towards ecommerce, supply chain optimization strategies and transition towards sustainable operations across industries and logistics.”

Jan Van Geet continued: “I would like to particularly thank my team for their devotion, enthusiasm and energy. Everybody contributed to our achievements of last year. Our team has grown together with our company and today we can rely on a deep bench of experienced professionals offering technical in-house know-how on design and engineering of advanced semi-industrial and e-commerce facilities, without having to rely on general contractor or external engineers and consultants.”

Jan Van Geet concluded: “We have managed to significantly strengthen our fortress balance sheet in the course of 2021 and due to the two bond issuances we have our financing needs for 2022 covered, despite a significantly larger capex anticipated in 2022 versus last year due to our predominantly pre-let construction pipeline.”

Significant strengthening of the team

Expansion of the Group’s European footprint

Progress towards our Sustainable Development Goals

AUDIO WEBCAST FOR INVESTORS AND ANALYSTS

A presentation will be available on VGP website:https://www.vgpparks.eu/en/investors/publications/FINANCIAL CALENDAR

VGP is a pan-European developer, manager and owner of high-quality logistics and semi-industrial real estate. VGP operates a fully integrated business model with capabilities and longstanding expertise across the value chain. The company has a development land bank (owned or committed) of 10.94 million m² and the strategic focus is on the development of business parks. Founded in 1998 as a Belgian family-owned real estate developer in the Czech Republic, VGP with a staff of circa 350 employees today owns and operates assets in 14 European countries directly and through several 50:50 joint ventures. As of December 2021, the Gross Asset Value of VGP, including the joint ventures at 100%, amounted to € 5.75 billion and the company had a Net Asset Value (EPRA NTA) of € 2.33 billion. VGP is listed on Euronext Brussels (ISIN: BE0003878957).

1 For Joint Ventures at 100%2 Calculated based on the contracted rent and estimated market rent for the vacant space.3 Barring any top-ups related to assets being completed in parks already owned by the joint venture4 The transaction value is composed of the purchase price for the completed income generating buildings and the net book value of the development pipeline which is transferred as part of a closing but not yet paid for by the First Joint Venture.5 Subject to final agreement between the joint venture partners in terms of the transferred income generating assets and pricing6 €150 million matures on 31 December 2026 and €50 million matures on 31 December 20247 Proposed dividend per share to be approved by the Annual General Meeting of Shareholders of 13 May 2022.8 EPRA Net Tangible Assets. Other metrics, EPRA Net Reinstatement Value and Net Disposal Value can be found in note 12.29 Calculated as Net debt / Total equity and liabilities 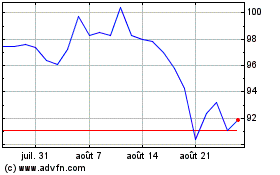 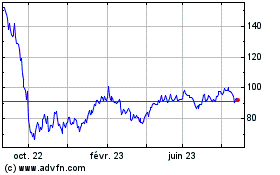 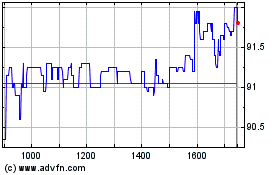