The UK budget deficit widened in October as the government started paying under the energy support scheme, official data showed on Tuesday.

This was the fourth highest October borrowing since monthly records began in 1993 but the deficit was below economists' forecast of GBP 22 billion.

In October, the government made its first payment under the energy support scheme to households and to domestic energy suppliers.

The cost of servicing government debt has increased since mid-2021 due to higher inflation. The interest payable on central government debt was GBP 6.1 billion in October, within this GBP 3.3 billion reflected the impact of the retail prices index.

The Office for Budget Responsibility estimated that the debt interest payable on central government's outstanding debt will be GBP 120.4 billion for the current financial year.

Government borrowed GBP 84.4 billion in the financial year to October period, but down by GBP 21.7 billion from the previous year. The latest OBR estimate suggested that the public sector will borrow an additional GBP 92.6 billion by the end of March 2023.

At the end of October, public sector net debt excluding banks was GBP 2,459.9 billion or around 97.5 percent of gross domestic product, data showed. 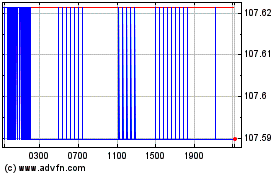