The Australian and NZ dollars strengthened against their major counterparts in the European session on Tuesday, as European shares rose and China promised more stimulus measures to support the economy.

China's finance ministry said that Beijing would step up measures to boost demand and stabilize employment and prices in the second half of the year.

Premier Li Keqiang said that Beijing has rolled out more economic support policies this year than it did in 2020 and the extent of the stimulus has been "reasonable" and "appropriate."

Banking shares rallied on expectations that they would benefit from higher interest rates.

The aussie touched 96.20 against the yen, its strongest level since June 9. If the currency rises further, it may find resistance around the 98.00 level.

The kiwi appreciated to 85.66 against the yen, setting a fresh 2-week high. Next key resistance for the kiwi is seen around the 87.00 area.

Looking ahead, U.S. consumer confidence for August is set for release in the New York session. 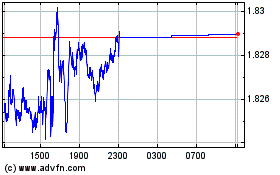