After reporting a sharp pullback in U.S. new home sales in the previous month, the Commerce Department released a report on Wednesday showing new home sales unexpectedly rebounded in the month of October.

The Commerce Department said new home sales spiked by 7.5 percent to an annual rate of 632,000 in October after plunging by 11.0 percent to a revised rate of 588,000 in September.

The sharp increase came as a surprise to economists, who had expected new home sales to tumble by 5.5 percent to a rate of 570,000 from the 603,000 originally reported for the previous month.

The estimate of new houses for sale at the end of October was 470,000, representing 8.9 months of supply at the currents sales rate. The months of supply is down from 9.4 in September but up from 6.9 in October 2021.

"We expect sales to remain under pressure going forward as the erosion in affordability this year keeps many buyers on the sidelines," she added. "However, the more recent decline in mortgage rates, if sustained, will boost affordability at the margin."

Last Friday, the National Association of Realtors released a separate report showing a substantial decrease in U.S. existing home sales in the month of October.

Existing home sales decreased for the ninth consecutive month, resulting in a 28.4 percent nosedive compared to the same month a year ago. 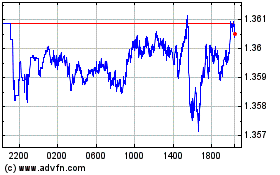