Kropz Plc (AIM: KRPZ), an emerging African phosphate producer and developer, provides an update on the delays in the ramp-up of operations at Kropz Elandsfontein (Pty) Ltd ("Elandsfontein"), as announced on 9 August 2022, which reported delays to ore variability in the current mining area.

Previous geological modelling identified 'phosphorite' as a compact material present in the otherwise sandy resource. The 2018 resource model, as described in the 2018 Competent Person's Report, estimated that the relative proportion of phosphorite to semi-consolidated material was <8%.

As announced on 9 August 2022, higher than anticipated volumes of compact material were uncovered in Pit 1. The previous geological modelling had described the hard bank material as lenses, however, excavation in the pit in June and July 2022 revealed undulating slabs, rather than discontinuous lenses. The compact material was subsequently redefined as 'hard bank'.

In September 2022, following the re-logging of historical cores, Elandsfontein's independent geological consultants remodelled the resource using an implicit modelling function. They also included the drilling results of closely spaced infill drilling which took place in late 2021 and the most recent results from the current 2022 infill drilling programme. Although higher volumes of the hard bank were present, the initial updated model indicates that there is sufficient sandy ore available within Pits 1 and 2 to support mining and processing activities until at least the end of 2023. Further drilling work, to be completed, is expected to support the longer-term mining plan. The updated modelling also indicates that Pits 1 and 2 contain approximately 12% hard bank. While the initial slab of hard bank, uncovered in July 2022, was contrary to expectations based on previous work, the revised volume of hard bank does not appear to differ significantly from the previous modelling.

The geological interpretation of the occurrence of the hard bank is still work-in-progress and will be supplemented by additional drilling. Mineralogy can confirm whether the hard bank is a post-formation event, which would assist in further refinement of the model. Geophysical methods are being investigated as an alternative to drilling to further improve the interpretation of the extent of the hard bank material. Alternative mining methods are also being investigated.

Independent geological consultants have been commissioned to provide an updated Mineral Resource Estimate, to confirm the confidence levels in terms of grade, contact elevation, physical properties and continuity. This is expected to be finalised in late 2022 pending the outcomes of the ongoing 2022 infill drilling programme.

Update on ramp-up operations at Elandsfontein

Elandsfontein continues to make progress during its ramp-up phase and has moved to a revised shift cycle, which has shown improved plant performance. Although optimisation at the plant is still ongoing, there have been meaningful improvements in the plant running times, leading to improved plant stability over the past eight weeks which has contributed to increased concentrate production. Elandsfontein is building up stock for its first bulk sale, expected in late 2022. At the date of this announcement, 18,500 tonnes of phosphate rock concentrate were in stock at the Saldanha Bay storage facility.

Kropz is an emerging African producer and developer of plant nutrient feed minerals with phosphate projects in South Africa and in the Republic of Congo. The vision of the Group is to become a leading independent phosphate rock producer and to develop into an integrated, mine-to-market plant nutrient company focusing on sub-Saharan Africa. 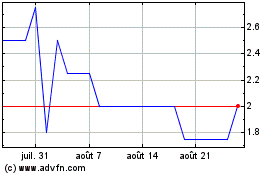 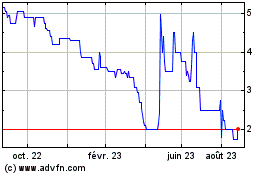 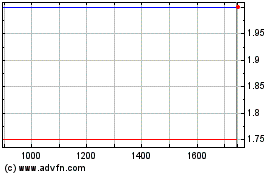