TotalEnergies (Paris:TTE) (LSE:TTE) (NYSE:TTE) has signed an agreement to sell, jointly with Inpex, the company Angola Block 14 B.V. to the Angolan Company Somoil. The transaction is subject to the approval of the Angolan authorities.

"By divesting this interest in mature fields, TotalEnergies is implementing its strategy to high-grade its oil portfolio, focusing on assets with low costs and low emissions" said Henri-Max Ndong-Nzue, Senior Vice President Africa of TotalEnergies Exploration & Production. "TotalEnergies remains the number one energy player in Angola, through its leading operating position in deep-offshore, its interest in Angola LNG and in a first solar power plant project, Quilemba Solar, located in the southwest of the country."

TotalEnergies has been present in Angola since 1953, where it today employs around 1,600 people in the business segments of Exploration & Production, Integrated Gas, Renewables & Power, and Marketing & Services. TotalEnergies' equity production in Angola averaged 212,000 barrels of oil equivalent per day in 2020 from operated blocks 17 and 32, from non-operated blocks 0, 14, 14K, and Angola LNG. TotalEnergies is the country's leading oil operator with close to 45% of Angola's operated oil production, 4 operated blocks in development phase, blocks 16, 17/06, 20/11 and 21/09, and 2 blocks in exploration phase, blocks 29 and 48. In the gas sector, TotalEnergies holds a stake in the 5.2 million ton per year Angola LNG liquefaction plant, currently supplied with associated gas from offshore oil fields, and in the New Gas Consortium, the first non-associated gas project to be developed in Angola. Finally, TotalEnergies is working closely with the Angolan authorities to develop renewable and solar projects in the country, in line with the Company's ambition.

TotalEnergies is a global multi-energy company that produces and markets energies: oil and biofuels, natural gas and green gases, renewables and electricity. Our 105,000 employees are committed to energy that is ever more affordable, cleaner, more reliable and accessible to as many people as possible. Active in more than 130 countries, TotalEnergies puts sustainable development in all its dimensions at the heart of its projects and operations to contribute to the well-being of people.

The terms "TotalEnergies", "TotalEnergies company" or "Company" in this document are used to designate TotalEnergies SE and the consolidated entities that are directly or indirectly controlled by TotalEnergies SE. Likewise, the words "we", "us" and "our" may also be used to refer to these entities or to their employees. The entities in which TotalEnergies SE directly or indirectly owns a shareholding are separate legal entities. This document may contain forward-looking information and statements that are based on a number of economic data and assumptions made in a given economic, competitive and regulatory environment. They may prove to be inaccurate in the future and are subject to a number of risk factors. Neither TotalEnergies SE nor any of its subsidiaries assumes any obligation to update publicly any forward-looking information or statement, objectives or trends contained in this document whether as a result of new information, future events or otherwise. Information concerning risk factors, that may affect TotalEnergies' financial results or activities is provided in the most recent Registration Document, the French-language version of which is filed by TotalEnergies SE with the French securities regulator Autorité des Marchés Financiers (AMF), and in the Form 20-F filed with the United States Securities and Exchange Commission (SEC). 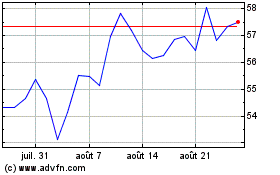 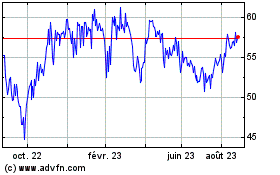 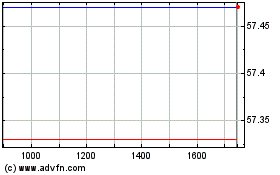