("Wentworth" or the "Company")

The consideration is comprised of an initial cash payment of $3 million due upon Completion, with further deferred and contingent cash payments of up to $13 million dependent on certain development and production milestones.

The consideration will be funded through Wentworth's cash resources whilst allowing the Company to maintain its commitment to a long-term, sustainable and progressive dividend for shareholders.

"This is a transformational transaction for Wentworth establishing us as a dual-asset, full-cycle E&P with a significantly enhanced resource base and production profile. The deal represents an attractively priced, low risk entry into a high growth opportunity which cements our position as a leading supplier of domestic gas to Tanzania.

"This compelling growth opportunity is fully aligned with our commitment to support the Government to reach its goal of providing universal energy access by 2030 in accordance with our purpose to empower people with energy and deliver value for Tanzania, Wentworth and all our stakeholders."

-- Value accretive transaction represents an attractively priced, low risk entry into a high growth opportunity with the majority of the consideration only payable upon meeting development and production milestones

o Positions Wentworth as the leading domestic gas player in Tanzania with a diversified production, appraisal and development portfolio

Final Investment Decision ("FID") is targeted for 2023 with first gas expected in late 2024 and an ultimate target production rate of up to 140 MMscf/d. The project will require construction of a pipeline from the gas field to the government operated Madimba gas facility, located approximately 30 km eastward, which is capable of handling 210 MMscf/d and is currently receiving most of the production volumes from the Mnazi Bay gas field. Gas from the Madimba gas facility will then be distributed via existing gas infrastructure to end users.

A commercialisation study performed by io oil and gas consultancy (a Joint venture between Baker Hughes and McDermott) in 2017 showed that a 140 MMscf/d Full Field development project would require approximately $143 million (gross) of capital expenditures. Actual costs and project scope will be dependent on a development plan agreed to by the Ruvuma JV partners and the government.

Details of the Transaction

The economic date of the Transaction is 1 January 2022.

Deferred and contingent payments represent the remaining cash payment of $13 million which is due upon the following key milestones:

o Up to $8 million through a minority share of net profit to Wentworth; and

Wentworth has agreed to a loan arrangement of up to $6.25 million with Scirocco (the "Facility") to enable Scirocco to meet its cash call obligations and provide continuity to the work programme in the interim period to Completion. Any drawdowns under the Facility are subject to Scirocco shareholders' approval and partner non pre-emption and the full amount of drawdowns (less $0.25 million of the Initial Loan) are repayable in the event of non-completion. The Facility will be secured by assignments of security by Scirocco in favour of Wentworth over the Licence Documents for the Ruvuma Asset. The grant of such security will be subject to the consent of the Minister for Energy in Tanzania and both parties will look to obtain such consent as soon as possible. The first $3.0 million to be drawn under the Facility is interest free, however, any amounts drawn in excess of $3.0 million will incur interest at a rate of 7% per annum until such time as the grant of the security in respect of the Facility is approved by the Minister for Energy in Tanzania.

In line with the requirements of Schedule Four of the AIM Rules, Scirocco recorded its interest in the Ruvuma Asset at a gross asset value of GBP14.63 million ($18.0 million) per its unaudited accounts for the six month period ended 30 June 2021. For the audited year ended 31 December 2020, Scirocco incurred losses relating to the Ruvuma Asset of GBP0.81 million.

The proposed Acquisition is subject to formal shareholder approval from Scirocco's shareholders at a General Meeting to be held in due course, as well as certain regulatory approvals plus the non-exercise or waiving of pre-emption rights by the other Ruvuma Asset JOA partners.

The Transaction will not result in any changes to the Board of Wentworth. The Company currently expects the Transaction to complete ahead of the Longstop Date of 30 June 2023.

The Company is holding a conference call for analysts at 9.30am BST today, Monday 13 June 2022.

To register for the call, please click on the following link:

You can view the presentation during the call via the following link:

The Company is holding a live presentation and Q&A webinar for investors at 12.00pm BST today, Monday 13 June 2022, via Investor Meet Company.

To register for the call, please click on the following link:

Wentworth Resources plc (AIM: WEN) is a leading, domestic natural gas producer in Tanzania with a core producing asset at Mnazi Bay in the onshore Rovuma Basin in Southern Tanzania.

Resources and Gas Initially in Place (GIIP) volumes quoted in this release have been estimated by RPS Energy, an independent third-party evaluator and were contained as part of an EGM circular for Aminex plc in December 2018. The document is available on Aminex plc's website.

Volumes presented in the report were estimated using the 2018 Petroleum Resources Management System ('PRMS') sponsored by the SPE/WPC/SEG/AAPG/EAGE/SPEE/SPWLA as the standard for classification and reporting.

In accordance with the AIM Rules for Companies, the technical information contained in this announcement has been reviewed and approved by Mr. Aaron LeBlanc, Chief Operating Officer of Wentworth Resources PLC. Mr. LeBlanc is a qualified person as defined in the London Stock Exchange's Guidance Note for Mining and Oil and Gas Companies and has the necessary professional and technical competencies to conduct and review petroleum operations. Mr. LeBlanc has a Bachelor of Science Degree in Geology from the University of Calgary and has been a professional member of APEGA and a member of the AAPG and EAGE. Mr. LeBlanc has 20 years of oil and gas industry technical, operational and leadership experience.

1U : Denotes the unrisked low estimate qualifying as Prospective Resources

2U : Denotes the unrisked best estimate qualifying as Prospective Resources

3U : Denotes the unrisked high estimate of qualifying Prospective Resources

RPS Resource and gas in place in place table 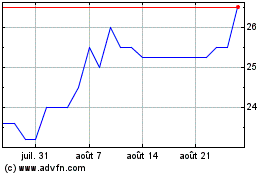 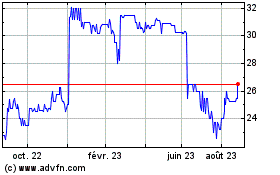 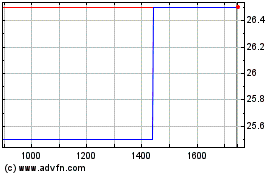