This announcement contains inside information for the purposes of Article 7 of the Market Abuse Regulation (EU) 596/2014 as it forms part of UK domestic law by virtue of the European Union (Withdrawal) Act 2018 ("MAR"), and is disclosed in accordance with the Company's obligations under Article 17 of MAR

Wishbone Gold Plc (AIM: WSBN, AQSE: WSBN), is pleased to announce it has taken an option on an additional highly prospective gold-copper project. The Anketell Gold-Copper Project (Figure 1 and 2) is located 85km north of the Company's Red Setter Gold-Copper Project in the Patersons Range area in Western Australia.

Wishbone has signed an exclusive 90 day option to acquire the Anketell Project and has agreed to pay the vendors an option payment GBP25,000. Wishbone has already commenced due diligence on the project and will complete this during the 90-day option period. Assuming that Wishbone proceeds to acquire the project, Wishbone will pay cash consideration to the vendors (being Mining Equities Pty Ltd and David Lenigas) of GBP50,000 and issue the vendors 2,170,795 new ordinary shares (Acquisition Shares) at a deemed issue price of 14.75p being the mid-market price yesterday when the deal was agreed. This equates to GBP320,192.26.

Richard Poulden, Wishbone Gold's Chairman, commented, "We are very pleased to have secured this hotly contested project and to be expanding our presence in the Patersons Range region of Western Australia. We are in the centre of active exploration by large companies which have had success. Anketell has a discrete bullseye magnetic feature, that is similar to other known mineralised features in the district."

The Anketell Project is located 80km to the north of Newcrest's Telfer Gold-Copper-Silver Mine and 40km to the east-south-east of Rio Tinto's Winu discovery within the highly prospective Paterson Province.

The Project consists of a single exploration licence application E45/ 6198 covering an area of 10km(2) . The application was subject to a ballot between seven companies including Greatland Gold PLC and FMG Metals Group Ltd.

The Project is located within the northeast portion of the Proterozoic Paterson Province. Basement geology is dominated by the late Proterozoic Yeneena Supergroup which unconformably overlies the earlier Proterozoic Rudall Metamorphic Complex and the Archaean Pilbara Craton.

The Yeneena Supergroup has been intruded by Proterozoic (650 - 620Ma) granitoids of the Minyari and Mt Crofton Suites. The Mt Crofton Suite represent fractionated I-Type granites, being largely undeformed, weakly oxidized and magnetite - ilmenite bearing. High background uranium and thorium contents are also reported from the Suite. The Minyari Suite is less fractionated and rarely appears magnetic.

Permian fluvio-glacial Paterson Formation sediments (less than 100m thick within the Project leases) unconformably overly the Proterozoic stratigraphy. These Permian sediments extend into the Canning Basin further to the east.

Significant gold, copper and uranium mineralisation has been discovered in the Paterson Province with two world class deposits (Telfer and Nifty) currently being mined, with the latest world class discoveries of Havieron and Winu advancing towards mining.

The 26Moz Telfer Gold Mine is located within 15km of outcropping Mt Crofton I-Type granite rocks. Stratigraphically the deposit is hosted by the Telfer Formation, an intercalated sandstone and siltstone sequence, sandwiched between the Puntapunta Formation and the underlying Malu Quartzite. The Formation is exposed within two doubly plunging anticlines termed the Main and West Domes. Mineralisation is epigenetic and occurs within quartz-sulphide carbonate saddle reefs and stockwork in prepared dilational sites caused by flexural slip along rheologically contrasting bedding planes within the Telfer Formation.

The Nifty Copper Mine (1 Mt copper metal) is situated 70km west of Telfer. Mineralisation is epigenetic and stratabound, hosted by silicified carbonate and shale near the base of the Broadhurst Formation.

The Information in this report that relates to exploration results, mineral resources or ore reserves is based on information compiled by Mr Edward Mead, who is a Member of the Australasian Institute of Mining and Metallurgy. Mr Mead is a consultant to the company and employed by Doraleda Pty Ltd. Mr Mead has sufficient experience which is relevant to the style of mineralisation and type of deposits under consideration and to the activity that he is undertaking to qualify as a Competent Person as defined in the 2012 edition of the `Australian Code for Reporting Exploration Results, Mineral Resources and Ore Reserves' (the JORC Code). Mr Mead consents to the inclusion of this information in the form and context in which it appears in this report.

For more information on Wishbone, please visit the Company's website.

Figure 2: Total Magnetic Intensity image, with tenement boundary in white and interpreted late-stage intrusive target circled in red. Note the gold and silver mineralisation on a similar magnetic feature (held by Greatland) 5km to the north-west of the project area. 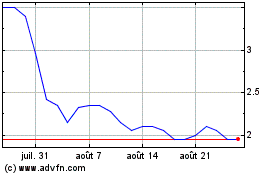 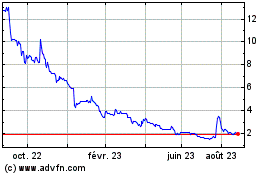 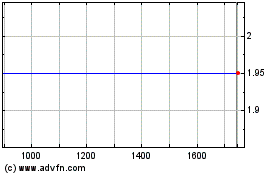