(Exact name of Registrant as specified in its charter)

Check the appropriate box below if the Form 8-K filing is intended to simultaneously satisfy the filing obligation of the Registrant under any of the following provisions:

Agreement and Plan of Merger

On August 4, 2022, iRobot Corporation (“iRobot” or the “Company”) entered into an Agreement and Plan of Merger (the “Merger Agreement”) by and among the Company, Amazon.com, Inc., a Delaware corporation (“Parent” or “Amazon”), and Martin Merger Sub, Inc., a Delaware corporation and a wholly owned subsidiary of Parent (“Merger Sub”), pursuant to which Merger Sub will merge with and into the Company (the “Merger”), with the Company surviving the Merger as a wholly owned subsidiary of Parent.

As a result of the Merger, each share of common stock of the Company, par value $0.01 per share (“Common Stock”), outstanding immediately prior to the effective time of the Merger (the “Effective Time”) (subject to certain exceptions, including shares of Common Stock owned by the Company, Merger Sub, Parent or any of their respective direct or indirect wholly owned subsidiaries and shares of Common Stock owned by stockholders of the Company who have validly demanded and not withdrawn appraisal rights in accordance with Section 262 of the General Corporation Law of the State of Delaware (the “DGCL”)) will, at the Effective Time, automatically be cancelled and converted into the right to receive $61.00 in cash (the “Merger Consideration”), without interest and subject to applicable withholding taxes.

If the Merger is consummated, the Company’s Common Stock will be delisted from the Nasdaq Stock Market LLC and deregistered under the Securities Exchange Act of 1934 (the “Exchange Act”).

Completion of the Merger is subject to certain closing conditions, including (1) the adoption of the Merger Agreement by a majority of the holders of the outstanding shares of Common Stock, (2) (i) the expiration or termination of the applicable waiting period under the Hart-Scott-Rodino Antitrust Improvements Act of 1976, as amended, or of any voluntary agreement with the Department of Justice Antitrust Division or the Federal Trade Commission not to consummate the Merger and (ii) the expiration, termination or obtainment of the applicable waiting period or clearances, as applicable, under certain specified foreign antitrust laws and foreign investment laws, (3) the absence of any law restraining, enjoining, rendering illegal or otherwise prohibiting the Merger, (4) the accuracy of the other party’s representations and warranties, subject to certain materiality standards set forth in the Merger Agreement, (5) compliance in all material respects with the other party’s obligations under the Merger Agreement, and (6) no Material Adverse Effect (as defined in the Merger Agreement) being continuing as of the closing date.

The Company is also entitled to receive a termination fee of $94,000,000 from Parent if either party terminates the Merger Agreement due to (i) the occurrence of the Outside Date (as it may be automatically extended for up to two additional six-month periods) when only certain antitrust-related closing conditions remain unsatisfied or (ii) a final non-appealable governmental order relating to antitrust laws prohibiting the Merger having been issued by a governmental authority of competent jurisdiction.

If the Merger Agreement is terminated in certain other circumstances, including by the Company in order to enter into a superior proposal or by Parent because the Board changes its recommendation in favor of the Merger, the

The Company has made customary representations, warranties and covenants in the Merger Agreement, including, among others, covenants to conduct its business in all material respects in the ordinary course during the period between the date of the Merger Agreement and the completion of the Merger. The parties have agreed to use reasonable best efforts to consummate the Merger as promptly as reasonably practicable and in any event no later than the Outside Date (as it may be extended), including to obtain the regulatory approvals necessary to complete the Merger, subject to certain limitations.

Item 5.03. Amendments to Articles of Incorporation or Bylaws; Change in Fiscal Year.

Effective August 4, 2022, the Board approved and adopted the First Amendment to the Company’s Amended and Restated By-laws (the “By-laws”) to add a new forum selection provision, providing that unless the Company consents in writing to the selection of an alternative forum, the Court of Chancery of the State of Delaware will be the sole and exclusive forum for (i) any derivative action or proceeding brought on behalf of the Company, (ii) any

action asserting a claim of, or a claim based on, a breach of a fiduciary duty owed by any current or former director, officer or other employee or stockholder of the Company to the Company or the Company’s stockholders, (iii) any action asserting a claim arising pursuant to any provision of the Delaware General Corporation Law or the Certificate of incorporation or the By-laws or as to which the Delaware General Corporation Law confers jurisdiction on the Court of Chancery of the State of Delaware, or (iv) any action asserting a claim governed by the internal affairs doctrine; provided, however, that this forum provision will not apply to any causes of action arising under the Securities Act of 1933, as amended, or the Exchange Act, or to any claim for which the federal courts have exclusive jurisdiction. In addition, this provision further provides that unless the Company consents in writing to the selection of an alternative forum, the federal district courts of the United States of America will be the sole and exclusive forum for resolving any complaint asserting a cause of action arising under the Securities Act of 1933, as amended, the Exchange Act, and the rules and regulations promulgated thereunder and that any person or entity purchasing or otherwise acquiring any interest in shares of capital stock of the Company will be deemed to have notice of and consented to the provisions described in this paragraph.

On August 5, 2022, the Company and Parent issued a joint press release announcing the execution of the Merger Agreement and related matters. A copy of the press release is attached as Exhibit 99.1 to this report.

Important Information and Where to Find It

In connection with the proposed transaction between the Company and Amazon, the Company will file with the SEC a Proxy Statement, the definitive version of which will be sent or provided to Company stockholders. The Company may also file other documents with the SEC regarding the proposed transaction. This document is not a substitute for the Proxy Statement or any other document which the Company may file with the SEC. INVESTORS AND SECURITY HOLDERS ARE URGED TO READ THE PROXY STATEMENT AND ANY OTHER RELEVANT DOCUMENTS THAT ARE FILED OR WILL BE FILED WITH THE SEC, AS WELL AS ANY AMENDMENTS OR SUPPLEMENTS TO THESE DOCUMENTS AND DOCUMENTS INCORPORATED BY REFERENCE THEREIN, CAREFULLY AND IN THEIR ENTIRETY BECAUSE THEY CONTAIN OR WILL CONTAIN IMPORTANT INFORMATION ABOUT THE PROPOSED TRANSACTION AND RELATED MATTERS. Investors and security holders may obtain free copies of the Proxy Statement (when it is available) and other documents that are filed or will be filed with the SEC by the Company through the website maintained by the SEC at www.sec.gov, the Company’s investor relations website at investor.irobot.com or by contacting the Company’s investor relations department at the following:

The Company and certain of its directors and executive officers may be deemed to be participants in the solicitation of proxies from the Company’s stockholders in respect of the proposed transaction and any other matters to be voted on at the special meeting. Information regarding the Company’s directors and executive officers, including a description of their direct interests, by security holdings or otherwise, is contained in the Company’s proxy statement for its 2022 annual meeting of stockholders, which was filed with the SEC on April 11, 2022, and will be included in the Proxy Statement (when available). Company stockholders may obtain additional information regarding the direct and indirect interests of the participants in the solicitation of proxies in connection with the proposed transaction, including the interests of Company directors and executive officers in the transaction, which

may be different than those of Company stockholders generally, by reading the Proxy Statement and any other relevant documents that are filed or will be filed with the SEC relating to the transaction. You may obtain free copies of these documents using the sources indicated above.

any obligation to publicly provide revisions or updates to any forward-looking statements, whether as a result of new information, future developments or otherwise, should circumstances change, except as otherwise required by securities and other applicable laws. 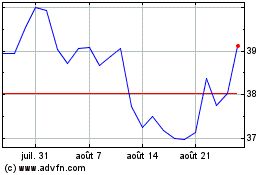 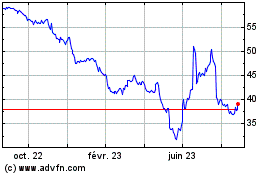 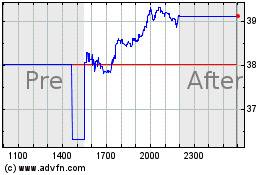