(Former name or Former Address, if changed since last report)

If an emerging growth company, indicate by check mark if the registrant has elected not to use the extended transition period for complying with any new or revised financial accounting standards provided pursuant to Section 13(a) of the exchange act. ☐

On June 29, 2022, Apartment Income REIT, L.P. (the “Operating Partnership”), as issuer, and Apartment Income REIT Corp. (the “Company”), as guarantor, entered into a Note and Guaranty Agreement (the “Agreement”) with the various purchasers named therein (the “Purchasers”) in connection with a private placement of guaranteed senior notes (the “Notes”).

On June 29, 2022, the Operating Partnership issued and sold to the Purchasers $400,000,000 aggregate principal amount of Notes consisting of:

Inclusive of transaction costs, and an existing interest rate lock, the effective weighted average cost of the $400M of notes is expected to be approximately 4.3%. The Operating Partnership intends to use the net proceeds from the offering of the Notes to repay existing indebtedness and for other general corporate purposes.

The Operating Partnership may prepay at any time all, or from time to time any part of, the Notes, in an amount not less than 5% of the aggregate principal amount of any tranche then outstanding plus a Make-Whole Amount (as defined in the Agreement).

In the event of a Change in Control (as defined in the Agreement), each holder of the Notes may require the Operating Partnership to prepay the entire unpaid principal amount of the Notes held by such holder at a price equal to 100% of the principal amount of such Notes together with accrued and unpaid interest thereon, but without any Make-Whole Amount or other premium.

The Notes have not been and will not be registered under the Securities Act of 1933, as amended (the “Securities Act”). Nothing herein shall constitute an offer to sell or the solicitation of an offer to buy the Notes.

On July 5, 2022, the Company issued a press release with respect to the execution of the Agreement. A copy of the press release is furnished as Exhibit 99.1.

Pursuant to the requirements of the Securities Exchange Act of 1934, the Registrant has duly caused this report to be signed on its behalf by the undersigned thereunto duly authorized. 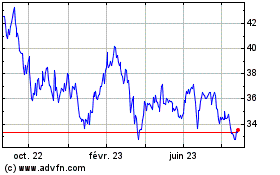 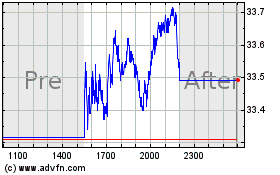