Account due to claims of creditors by endeavoring to have all vendors, service providers (other than the Company’s independent registered public accounting firm), prospective target businesses or other entities with which the Company does business, execute agreements with the Company waiving any right, title, interest or claim of any kind in or to monies held in the Trust Account.
Liquidity and Going Concern Consideration
As of March 31, 2022 and December 31, 2021, the Company had $1,585 and $259,366 in cash, respectively, and working capital deficit and working capital of $156,168 and $26,390, respectively.
The Company’s liquidity needs through March 31, 2022, were satisfied through a contribution of $25,000 from the Sponsor to cover certain expenses in exchange for the issuance of the Founder Shares, loans from the Sponsor, and the proceeds from the consummation of the Private Placement not held in the Trust Account. In addition, in order to finance transaction costs in connection with a Business Combination, the Sponsor or an affiliate of the Sponsor, or certain of the Company’s officers and directors may, but are not obligated to, provide the Company Working Capital Loans (defined below, see Note 5). As of March 31, 2022 and December 31, 2021, there were no amounts outstanding under the Working Capital Loans.
In connection with the Company’s assessment of going concern considerations in accordance with Financial Accounting Standard Board’s Accounting Standards Update (“ASU”)
2014-15,
“Disclosures of Uncertainties about an Entity’s Ability to Continue as a Going Concern,” the Company has until March 2, 2023 to consummate a business combination. It is uncertain that the Company will be able to consummate a business combination by this time. If a business combination is not consummated by this date, there will be a mandatory liquidation and subsequent dissolution of the Company. Management has determined mandatory liquidation, should a business combination not occur, and potential subsequent dissolution raises substantial doubt about the Company’s ability to continue as a going concern. Management intends to complete the Business Combination prior to the liquidation date. No adjustments have been made to the carrying amounts of assets or liabilities should the Company be required to liquidate after March 2, 2023.
Risks and Uncertainties
Management continues to evaluate the impact of the
COVID-19
pandemic and has concluded that while it is reasonably possible that the virus could have a negative effect on the Company’s financial position, results of its operations and/or search for a target company, the specific impact is not readily determinable as of the date of the condensed financial statements. The condensed financial statements do not include any adjustments that might result from the outcome of this uncertainty.
NOTE 2. SUMMARY OF SIGNIFICANT ACCOUNTING POLICIES AND BASIS OF PRESENTATION
Basis of Presentation
The accompanying condensed financial statements are presented in U.S. dollars in conformity with accounting principles generally accepted in the United States of America (“GAAP”) for interim financial information and pursuant to the rules and regulations of the SEC. Accordingly, they do not include all of the information and footnotes required by GAAP. In the opinion of management, the condensed financial statements reflect all adjustments, which include only normal recurring adjustments, necessary for the fair statement of the balances and results for the periods presented.
The interim results for the three months ended March 31, 2022 are not necessarily indicative of the results to be expected for the year ending December 31, 2022.
Emerging Growth Company
The Company is an “emerging growth company,” as defined in Section 2(a) of the Securities Act, as modified by the Jumpstart Our Business Startups Act of 2012 (the “JOBS Act”), and it may take advantage of certain exemptions from various reporting requirements that are applicable to other public companies that are not emerging growth companies including, but not limited to, not being required to comply with the auditor attestation requirements of Section 404 of the Sarbanes-Oxley Act of 2002, reduced disclosure obligations regarding executive compensation in its periodic reports and proxy statements filed with the SEC, and exemptions from the requirements of holding a nonbinding advisory shareholder vote on executive compensation and shareholder approval of any golden parachute payments not previously approved.
Further, Section 102(b)(1) of the JOBS Act exempts emerging growth companies from being required to comply with new or revised financial accounting standards until private companies (that is, those that have not had a Securities Act registration statement declared effective or do not have a class of securities registered under the Exchange Act) are required to comply with the new or revised financial accounting standards. The JOBS Act provides that an emerging growth company can elect to opt out of the extended transition period and comply with the requirements that apply to
non-emerging
growth companies but any such election to opt out is irrevocable. The Company has elected not to opt out of such extended transition period which means that when a standard is issued or
7
Table of Contents
AUSTERLITZ ACQUISITION CORPORATION II
NOTES TO UNAUDITED CONDENSED FINANCIAL STATEMENTS—(Continued)

Class A Ordinary Shares Subject to Possible Redemption
The Company accounts for its Class A ordinary shares subject to possible redemption in accordance with the guidance in ASC 480. Class A Ordinary shares subject to mandatory redemption are classified as a liability and are measured at fair value. Conditionally redeemable ordinary shares (including ordinary shares that features redemption rights that are either within the control of the holder or subject to redemption upon the occurrence of uncertain events not solely within the Company’s control) are classified as temporary equity. At all other times, ordinary shares are classified as shareholders’ equity. The Company’s Class A ordinary shares feature certain redemption rights that are considered to be outside of the Company’s control and subject to occurrence of uncertain future events. Accordingly, as of March 31, 2022 and December 31, 2021, 138,000,000 shares of Class A ordinary shares subject to possible redemption are presented at the current redemption value as temporary equity, outside of the shareholders’ deficit section of the
Company’s condensed balance sheets.
As of March 31, 2022 and December 31, 2021, Class A ordinary shares subject to redemption reflected on the condensed balance sheet
s
are reconciled in the following table:
Concentration of Credit Risk
Financial instruments that potentially subject the Company to concentration of credit risk consist of a cash account in a financial institution which, at times may exceed the Federal Deposit Insurance Corporation coverage limit of $250,000.
As of March 31, 2022 and December 31, 2021, the Company had not experienced losses on this account and management believes the Company is not exposed to significant risks on such account.
Financial Instruments
Fair value is defined as the price that would be received for sale of an asset or paid for transfer of a liability, in an orderly transaction between market participants at the measurement date. GAAP establishes a three-tier fair value hierarchy, which prioritizes the inputs used in measuring fair value.
The hierarchy gives the highest priority to unadjusted quoted prices in active markets for identical assets or liabilities (Level 1 measurements) and the lowest priority to unobservable inputs (Level 3 measurements). These tiers include:
In some circumstances, the inputs used to measure fair value might be categorized within different levels of the fair value hierarchy. In those instances, the fair value measurement is categorized in its entirety in the fair value hierarchy based on the lowest level input that is significant to the fair value measurement.
As of March 31, 2022 and December 31, 2021, the carrying values of cash, accrued expenses and accrued offering costs approximate their fair values due to the short-term nature of the instruments. See Note 9 for further discussion of the fair value of the warrant and forward purchase asset (liability).
Net Income Per Ordinary Share
The Company complies with accounting and disclosure requirements of ASC Topic 260,
Earnings Per Share
. The Company has three classes of shares, one for each of its Class A, Class B, and Class C ordinary shares. Income and losses are shared pro rata between the three classes of shares. This presentation assumes a business combination as the most likely outcome. Net income (loss) per ordinary share is computed by dividing net income or loss by the weighted average number of ordinary shares outstanding for the period. Net income (loss) is allocated to the Company’s Class A, B and C ordinary shares based on the relative shares outstanding for each class of shares compared to the Company’s total shares outstanding. The Company has not considered the effect of the Public Warrants or the Private Placement Warrants in the calculation of diluted income per share, since the exercise of the warrants are contingent upon the occurrence of future events.
9
Table of Contents
AUSTERLITZ ACQUISITION CORPORATION II
NOTES TO UNAUDITED CONDENSED FINANCIAL STATEMENTS—(Continued)

See Note 7 for a description of the rights of holders of each class of the Company’s ordinary shares. The Company’s basic and diluted earnings per share are calculated as follows:
Income Taxes
The Company complies with the accounting and reporting requirements of ASC Topic 740,
Income Taxes
, which prescribes a recognition threshold and a measurement attribute for the financial statement recognition and measurement of tax positions taken or expected to be taken in a tax return. For those benefits to be recognized, a tax position must be
more-likely-than-not
to be sustained upon examination by taxing authorities. The Company is considered an exempted Cayman Islands Company and is presently not subject to income taxes or income tax filing requirements in the Cayman Islands or the United States. As such, the Company’s tax provision was zero for the periods presented. The Company’s management does not expect that the total amount of unrecognized tax benefits will materially change over the next twelve months.
Recent Accounting Pronouncements
In August 2020, the FASB issued Accounting Standards Update
No. 2020-06,
Debt — Debt with Conversion and Other Options
, which among other things adds certain specific requirements to achieve equity classification and/or qualify for the derivative scope exception for contracts indexed to an entity’s own equity are removed, enabling more freestanding instruments and embedded features to avoid
mark-to-market
accounting. The new standard is effective for companies that are SEC filers (except for Smaller Reporting Companies) for fiscal years beginning after December 15, 2021 and interim periods within that year, and two years later for other companies. Companies can early adopt the standard at the start of a fiscal year beginning after December 15, 2020. The standard can either be adopted on a modified retrospective or a full retrospective basis. The Company has evaluated the newly issued standard and does not believe it will materially impact the Company.
Management does not believe that any other recently issued, but not yet effective, accounting standards, if currently adopted, would have a material effect on the Company’s unaudited condensed financial statements.
NOTE 3. INITIAL PUBLIC OFFERING
Pursuant to the IPO, the Company sold 138,000,000 Units at a purchase price of $10.00 per Unit, including 18,000,000 Units sold pursuant to the full exercise of the underwriters’ option to purchase additional Units to cover over-allotments. Each Unit consists of one Public Shares and
one-fourth
of one redeemable Public Warrant. Each whole Public Warrant entitles the holder to purchase one Class A ordinary share at an exercise price of $11.50 per share, subject to adjustment (see Note 8).
10
Table of Contents
AUSTERLITZ ACQUISITION CORPORATION II
NOTES TO UNAUDITED CONDENSED FINANCIAL STATEMENTS—(Continued) 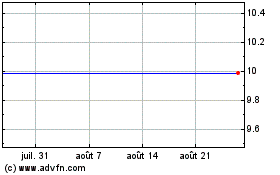 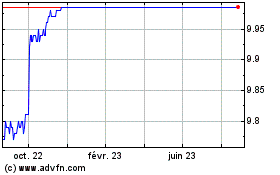 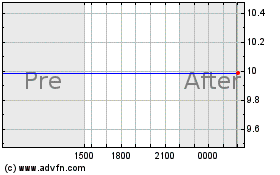