PowerTap Hydrogen Capital Corp (NEO: MOVE) (FWB: 2K6B) (OTC: MOTNF) (“PowerTap” or the “Company” or “MOVE”) is pleased to announce that its 49%-owned subsidiary, Progressus Clean Technologies, formerly AES-100 Inc. (“PCT”), has formed of a new advisory board to accelerate technology development and commercialization of its market responsive hydrogen products.

Pinakin Patel has been appointed to the role of chairman of the advisory board. Mr. Patel is a world renowned hydrogen and fuel cell expert with more than 40 years of directly applicable experience. In addition to his experience, he has an extensive industry network, has contributed to more than 30 patents, and has received awards from prestigious organizations for his many contributions in the hydrogen industry spanning the US Department of Energy, the American Society of Mechanical Engineers, the National Hydrogen Association, the State of Connecticut, the Electrochemical Society, and others. Mr. Patel was also recently elected as a board of director on the California Hydrogen Business Council (CHBC), a national level organization consisting of over 140 companies engaged in every aspect of the hydrogen supply chain worldwide as well as advocating for the commercialization of low-carbon and green hydrogen technologies.

“Pinakin’s network in the hydrogen and fuel cell space along with his expertise and direct experience with Progressus technology is second to none,” said Channce Fuller, President and CEO of Progressus. “His appointment to chair the advisory board for Progressus is a catalyzing opportunity for us to bring more and more experience to the venture.”

Mr. Patel has an extensive resume having raised more than $500 million in R&D funding for advanced technology, manufacturing and application development projects in USA, Canada, Japan, Europe and Asia. His experience is in-depth spanning every type of fuel cell and renewable power using a variety of sources including waste-derived biogas, solar, wind and others. Of direct benefit to Progressus, Mr. Patel has also supported dozens of venture stage companies in the alternative energy space by arranging supply chain coordination, strategic alliances and funding. As the company continues to progress technology development and commercialization, Mr. Patel’s first initiative will be to fill out the remainder of the advisory board with experts to ensure a successful product launch and market penetration.

The Company will continue to keep the market updated on the achievement of additional goals and milestones of Progressus.

PowerTap Hydrogen Capital Corp., through its wholly owned subsidiary, PowerTap Hydrogen Fueling Corp. (“PowerTap”), is focused on installing hydrogen production and dispensing fueling infrastructure in the United States. PowerTap’s patented solution has been developed over 20 years. PowerTap is now commercializing its third-generation blue hydrogen product that will focus on the refueling needs of the automotive and long-haul trucking markets that lack hydrogen fueling infrastructure. There are currently under 100 operational publicly available hydrogen stations in the United States with most of the existing stations purchasing industrial hydrogen from industrial manufacturers and shipping hydrogen to individual stations via tanker trucks.www.PowerTapcapital.com www.PowerTapfuels.com

NEITHER THE NEO EXCHANGE NOR ITS REGULATIONS SERVICES PROVIDER HAVE REVIEWED OR ACCEPT RESPONSIBILITY FOR THE ADEQUACY OR ACCURACY OF THIS RELEASE.

Although the Company believes that the material factors, expectations, and assumptions expressed in such forward-looking statements are reasonable based on information available to it on the date such statements were made, no assurances can be given as to future results, levels of activity and achievements and such statements are not guarantees of future performance.

The forward-looking information contained in this release is expressly qualified by the foregoing cautionary statements and is made as of the date of this release. Except as may be required by applicable securities laws, the Company does not undertake any obligation to publicly update or revise any forward-looking information to reflect events or circumstances after the date of this release or to reflect the occurrence of unanticipated events, whether as a result of new information, future events or results, or otherwise. 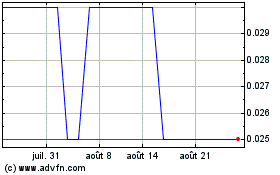 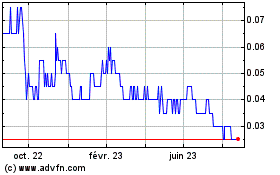 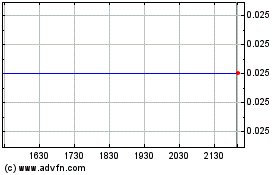