Alamos Gold Inc. (TSX:AGI; NYSE:AGI) (“Alamos” or the “Company”) today announced the groundbreaking for the Island Gold Mine expansion. Already one of the most profitable mines in Canada, the expansion will increase production, lower costs, and be an economic engine for the Algoma region. The expansion will also best position the operation to benefit from additional exploration success.

John A. McCluskey, President and Chief Executive Officer, stated: “When we first acquired the Island Gold Mine we were aware of its potential. It had 1.8 million ounces of Mineral Reserves and Resources, and through exploration investment we have increased this high-grade deposit to 5.1 million ounces of Mineral Reserves and Resources. By further investing in the Phase III expansion, we will more than double the mine life. This mine will be an economic engine for this region for years to come, and positively impact the closest town of Dubreuilville and surrounding communities.”

The Honourable Greg Rickford, Ontario Minister of Northern Development, Mines, Natural Resources and Forestry, stated: "The Island Gold expansion will help to strengthen the Algoma economy and is the latest in a series of recent success stories in Ontario's mining sector—successes that our government is proud to support. The project will bring good-paying jobs and prosperity throughout the region including northern and Indigenous communities."

The Honourable Todd Smith, Ontario Minister of Energy, stated: “Our government has reduced electricity prices for large industrial customers like Alamos Gold by 15 per cent through our Comprehensive Electricity Plan. We are pleased to support expansions like today’s at Alamos Gold that will support good-paying jobs for communities in the north.”

A photo accompanying this announcement is available at https://www.globenewswire.com/NewsRoom/AttachmentNg/e329f3ff-d9f8-4aa0-b38c-5303c05c835d

Chris Bostwick, FAusIMM, Alamos Gold’s Senior Vice President, Technical Services, has reviewed and approved the scientific and technical information contained in this news release. Chris Bostwick is a Qualified Person within the meaning of Canadian Securities Administrator’s National Instrument 43-101 (“NI 43-101”). For further information pertaining to the 2020 Phase III Expansion Study, please see press release titled “Alamos Gold Announces Phase III Expansion of Island Gold to 2,000 tpd”, dated July 14, 2020, and the corresponding technical report, both available under the Company's profile on SEDAR at www.sedar.com and on the Alamos website at www.alamosgold.com.

Alamos is a Canadian-based intermediate gold producer with diversified production from three operating mines in North America. This includes the Young-Davidson and Island Gold mines in northern Ontario, Canada and the Mulatos mine in Sonora State, Mexico. Additionally, the Company has a significant portfolio of development stage projects in Canada, Mexico, Turkey, and the United States. Alamos employs more than 1,700 people and is committed to the highest standards of sustainable development. The Company’s shares are traded on the TSX and NYSE under the symbol “AGI”.

All amounts are in United States dollars, unless otherwise stated.

The TSX and NYSE have not reviewed and do not accept responsibility for the adequacy or accuracy of this release.

Forward-looking statements in this news release include, but may not be limited to, information as to strategy, plans, expectations or future financial or operating performance resulting from the Phase III expansion at the Island Gold mine, such as expectations regarding: increased production levels; lower costs; potential exploration successes; extended mine life; timing of completion of the Phase III expansion; timing of the release of a mine plan and its potential optimization; increases to the value of the operation; increases to mining rates; reduction to diesel consumption and greenhouse gas emissions; the positive impact to the Algoma region, the Town of Dubreuilville and surrounding communities including but not limited to anticipated job creation; and other statements that express management's expectations or estimates of future performance.

The Company cautions that forward-looking statements are necessarily based upon a number of factors and assumptions that, while considered reasonable by management at the time of making such statements, are inherently subject to significant business, economic, technical, legal, political and competitive uncertainties and contingencies. Known and unknown factors could cause actual results to differ materially from those projected in the forward-looking statements, and undue reliance should not be placed on such statements and information.

Such factors and assumptions underlying the forward-looking statements in this news release, include, but are not limited to: changes to current estimates of Mineral Reserves and Resources; changes to production estimates (which assume accuracy of projected ore grade, mining rates, recovery timing and recovery rate estimates and may be impacted by unscheduled maintenance, weather issues, labour and contractor availability and other operating or technical difficulties); operations may be exposed to new diseases, epidemics and pandemics, including the effects and potential effects of the global COVID-19 widespread pandemic and its impact on the broader market and the trading price of the Company’s shares; provincial, state and federal orders or mandates (including with respect to mining operations generally or auxiliary businesses or services required for the Company’s operations) in Canada, Mexico, the United States and Turkey; the duration of regulatory responses to the COVID-19 pandemic; government and the Company’s attempts to reduce the spread of COVID-19 which may affect many aspects of the Company’s operations including the ability to transport personnel to and from site, contractor and supply availability and the ability to sell or deliver gold doré bars; fluctuations in the price of gold or certain other commodities such as, diesel fuel, natural gas and electricity; changes in foreign exchange rates (particularly the Canadian dollar, U.S. dollar, Mexican peso and Turkish Lira); the impact of inflation; changes in the Company’s credit rating; any decision to declare a dividend; employee and community relations; labour and contractor availability (and being able to secure the same on favourable terms); litigation and administrative proceedings; disruptions affecting operations; availability of and increased costs associated with mining inputs and labour; expansion delays with the Phase III expansion project at the Island Gold mine; inherent risks and hazards associated with mining and mineral processing including environmental hazards, industrial accidents, unusual or unexpected formations, pressures and cave-ins; the risk that the Company’s mines may not perform as planned; uncertainty with the Company's ability to secure additional capital to execute its business plans; the speculative nature of mineral exploration and development, including the risks of obtaining and maintaining necessary licenses, permits and authorizations; contests over title to properties; expropriation or nationalization of property; political or economic developments in Canada, Mexico, the United States, Turkey and other jurisdictions in which the Company may carry on business in the future; increased costs and risks related to the potential impact of climate change; changes in national and local government legislation, controls or regulations (including tax and employment legislation) in jurisdictions in which the Company does or may carry on business in the future; the costs and timing of construction and development of new deposits; risk of loss due to sabotage, protests and other civil disturbances; disruptions in the maintenance or provision of required infrastructure and information technology systems, the impact of global liquidity and credit availability and the values of assets and liabilities based on projected future cash flows; risks arising from holding derivative instruments; and business opportunities that may be pursued by the Company.

For a more detailed discussion of such risks and other factors that may affect the Company's ability to achieve the expectations set forth in the forward-looking statements contained in this news release, see the Company’s latest 40-F/Annual Information Form and Management’s Discussion and Analysis, each under the heading “Risk Factors” available on the SEDAR website at www.sedar.com or on EDGAR at www.sec.gov. The foregoing should be reviewed in conjunction with the information and risk factors and assumptions found in this news release.

The Company disclaims any intention or obligation to update or revise any forward-looking statements whether as a result of new information, future events or otherwise, except as required by applicable law.

Alamos prepares its disclosure in accordance with the requirements of securities laws in effect in Canada. Unless otherwise indicated, all Mineral Resource and Mineral Reserve estimates included in this news release have been prepared in accordance with National Instrument 43-101 - Standards of Disclosure for Mineral Projects (“NI 43-101”) and the Canadian Institute of Mining, Metallurgy and Petroleum (the “CIM”) - CIM Definition Standards on Mineral Resources and Mineral Reserves, adopted by the CIM Council, as amended (the “CIM Standards”). NI 43-101 is a rule developed by the Canadian Securities Administrators, which established standards for all public disclosure an issuer makes of scientific and technical information concerning mineral projects. Mining disclosure in the United States was previously required to comply with SEC Industry Guide 7 (“SEC Industry Guide 7”) under the United States Securities Exchange Act of 1934, as amended. The U.S. Securities and Exchange Commission (the “SEC”) has adopted final rules, to replace SEC Industry Guide 7 with new mining disclosure rules under sub-part 1300 of Regulation S-K of the U.S. Securities Act (“Regulation S-K 1300”) which became mandatory for U.S. reporting companies beginning with the first fiscal year commencing on or after January 1, 2021. Under Regulation S-K 1300, the SEC now recognizes estimates of “Measured Mineral Resources”, “Indicated Mineral Resources” and “Inferred Mineral Resources”. In addition, the SEC has amended its definitions of “Proven Mineral Reserves” and “Probable Mineral Reserves” to be substantially similar to international standards.

Note that for purposes of this section, GAAP refers to IFRS. The Company believes that investors use certain non-GAAP and additional GAAP measures as indicators to assess gold mining companies. They are intended to provide additional information and should not be considered in isolation or as a substitute for measures of performance prepared with GAAP.

Additional GAAP measures that are presented on the face of the Company’s consolidated statements of comprehensive income and are not meant to be a substitute for other subtotals or totals presented in accordance with IFRS, but rather should be evaluated in conjunction with such IFRS measures. This includes “Earnings from operations”, which is intended to provide an indication of the Company’s operating performance, and represents the amount of earnings before net finance income/expense, foreign exchange gain/loss, other income/loss, and income tax expense. Non-GAAP and additional GAAP measures do not have a standardized meaning prescribed under IFRS and therefore may not be comparable to similar measures presented by other companies. A reconciliation of historical non-GAAP and additional GAAP measures are available in the Company’s latest Management’s Discussion and Analysis available online on the SEDAR website at www.sedar.com or on EDGAR at www.sec.gov and at www.alamosgold.com. 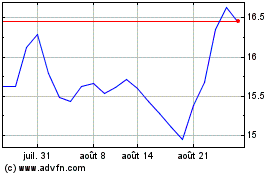 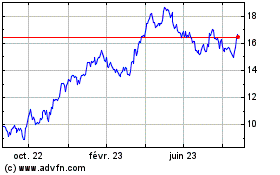 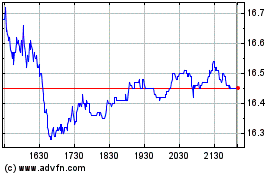