Mr. Radford brings over 35 years of technical and operations experience in the mining industry.  Most recently, Mr. Radford served as the Chief Operating Officer of Gold Standard Ventures Corporation, where he was responsible for the leading the development of the South Railroad Project, including permitting, feasibility studies and exploration.  Prior to, Mr. Radford held the role of Senior Vice President & Chief Operating Officer of Hecla Mining Company where he was responsible for managing the operating portfolio of several underground mines, including the Lucky Friday mine in Idaho, USA, the Greens Creek mine in Alaska, USA, the Casa Berardi mine, in Quebec, Canada, the San Sebastian mine in Durango, Mexico, as well as several mines in Nevada, USA.

Prior to his role at Hecla, Mr. Radford held roles of increasing responsibility with Kinross Gold Corporation from 2007 through 2011, including Vice President & General Manager of the Fort Knox mine in Alaska, USA, Vice President of Strategic Mine Planning and Vice President of South American Operations.  Mr. Radford worked with Barrick Gold Corporation from 1989 to 2007, including 14 years at the Goldstrike mine in Nevada, USA, two years at the Tambo mine in Chile and two years as General Manager of the Cowal mine in New South Wales, Australia.

Mr. Radford is a second-generation miner who began his mining career in 1984 with Coeur D'Alene Mines Corporation.  He has received a Bachelor of Science in Mining Engineering from the University of Idaho and an MBA from the University of Alaska.  He is a member of AIME and CIM, a registered Professional Engineer in Idaho, and is a native English speaker that is also fluent in Spanish.

During Mr. Radford's career, he has managed the second-largest open pit operation in the USA, the deepest underground mine in the USA and the largest gold mill in the world.

Jim Kofman, Chairman of Argonaut stated: "Larry has had an impressive career in mining operations and project delivery.  During his time with both Barrick and Kinross, he made a name for himself – including working directly with members of Argonaut's board of directors – as someone who was mandated to either turn around existing mines or deliver on projects that had experienced challenges during construction and/or ramp up.  When we look at the biggest value drivers for Argonaut over the next several years, we believe they are: 1) delivering the Magino project on schedule and within the capital estimate of C$800 million, 2) seeing Magino ramp up to design capacity as safely and efficiently as possible, and 3) a potential expansion of Magino's processing facility, including potential future underground mining concurrent with open pit mining.  Larry's skill set perfectly aligns with these value drivers.  On behalf of the entire board of directors, I welcome Larry to the Argonaut team and look forward to working with him."

Larry Radford, incoming President, CEO and Director commented: "Argonaut is a company that has found a niche in that is has over a decade long history of operating lower grade mines profitably.  With the Magino project scheduled to come online in 2023, and with the exploration upside at Magino that could lead to processing expansion or underground mine development or both, I see an opportunity to dramatically increase Argonaut's gold production and lower Argonaut's consolidated cost base.  It's clear that the execution and delivery of the Magino project is the largest value driver for the Company and I look forward to leading the existing team to ensure we execute and deliver."

Argonaut Gold is a Canadian gold company engaged in exploration, mine development and production.  Its primary assets are the El Castillo mine and San Agustin mine, which together form the El Castillo Complex in Durango, Mexico, the La Colorada mine in Sonora, Mexico and the Florida Canyon mine in Nevada, USA.  The Company also holds the construction stage Magino project, the advanced exploration stage Cerro del Gallo project and several other exploration stage projects, all of which are located in North America. 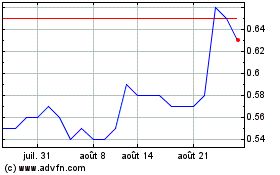 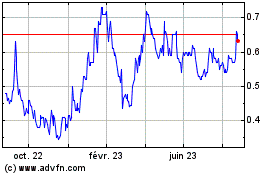 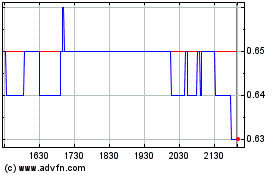