Ascendant Resources Inc. (TSX: ASND, OTCQB: ASDRF) ("Ascendant" or the "Company”) is pleased to announce the commencement of an extensive Deep Penetrating Electromagnetic Survey (“DPEM”) and provide an update on its ongoing regional exploration and in-fill drill programs as part of its planned Bankable Feasibility work program at the Venda Nova deposit at its Lagoa Salgada Project, Portugal.

Mark Brennan, Executive Chairman, stated, “We are very excited to be moving forward with our various programs to support the Feasibility Study at Lagoa Salgada. Additionally, we have not lost focus on the overall exploration potential of the project and programs such as the ongoing DPEM geophysics survey will help guide our continued exploration into 2022 and beyond both at depth and laterally.” He continued, “Previous geophysics has proven very adept at identifying successful drill targets and this newly commenced DPEM survey is expected to augment previous geophysics by giving an additional window to potential resources at depth.”

International Geophysical Technology (“IGT”) has been mobilized to site and has commenced a Deep Penetrating Electromagnetic Survey over the Venda Nova deposit at Lagoa Salgada.

The program intends to extend the depth of previous surface and downhole IP/RES geophysics penetration to approximately 600m in order to expand the understanding of the exploration potential at depth. Current IP Resistivity / Chargeability inversion shows a continuous footprint between the Venda Nova North and South Zones that correlates with elevated gravity. These surveys indicate the presence of a potential extension of mineralization between the North and South Zones at depth. We note that the drilling to date has only been conducted to a depth of 350m, despite numerous similar deposits on the IBP extending to depths of up to 1,400m.

The program, conducted by IGT, consists of two loops (see Figure 1) designed to test the presence of deeper massive sulphide horizons that can represent both original lateral or stacked lenses relative to the North Zone. Additionally, it is expected that the DPEM modeling can resolve the presence of any massive sulphide lens within a large chargeability zone located in the South Zone. The bulge in chargeability is primarily associated with disseminated and stockwork pyrite mineralization in the hanging wall of the South Zone domain, see Figure 2 below. Historical and recent drill holes have intersected several lenses of semi-massive to massive sulphides within the pyrite dominated hanging wall, with base metal grades comparable to the underlying stringer domain.

VMS systems commonly include stack lenses of massive sulphide mineralization through piled stratigraphic units or laterally repetition of venting systems along permissive horizons. Given the tight folding and homoclinal structure defined in the deposit, Ascendant considers there is a high probability of finding additional lateral or deeper massive sulphide lenses in the adjacency of the known deposit (See Figure 2). Massive sulphide lenses typically carry the higher grade of base metals in VMS systems allowing for deeper mining.

Both deeper EM targets and shallower new generated IP/Res targets will be followed up with diamond drilling following the completion of the current infill program. Full results from the DPEM survey are expected by the end of February 2022.

Additionally, Ascendant has commenced an in-fill drill program at the Veda Nova Deposit at Lagoa Salgada to support upgrading its resources to Measured and Indicated categories to support the completion of a Feasibility study on the Venda Nova Deposit at Lagoa Salgada, Portugal. As of January 21st, 1,710m of the total 19,000m in-fill /Metallurgy/ Geotech/Hydrogeology drill program has been completed. Two metallurgical holes in the South Zone of the Venda Nova deposit have been completed with the rigs now turning in the north. An additional 4 metallurgical drill holes are planned for the North Zone of the deposit. Initial assays are expected to be received from ALS labs during the month of February.

As previously reported, the infill drill program and feasibility study have commenced post the completion of a NI 43-101 Preliminary Economic Assessment (“PEA”) entitled “NI 43-101 Technical Report and PEA for the Lagoa Salgada Project”, which is available on the company’s website and SEDAR. The PEA highlights a low capital-intensive project (Capex US$132 million) with an after tax NPV8% of $246 million and an IRR of 55% at conservative long term metal prices. The PEA presents a low capex, low operating cost, high margin underground mining operation with strong economics and the opportunity for significant benefit to the Company, the local stakeholders, and will boost Portugal’s economy through exports, taxes and local employment.

Lagoa Salgada contains over 10.33 million tonnes of Measured and Indicated Resources @ 9.06 % ZnEq and 2.50 million tonnes of Inferred Resources @ 5.93 % ZnEq in the Northern Zone; and 4.42 million tones of Indicated Resources @ 1.50 % CuEq and 10.83 million tonnes of Inferred resources @ 1.35 % CuEq in the South Zone. The deposit demonstrates typical mineralization characteristics of Iberian Pyrite Belt VMS deposits containing zinc, copper, lead, tin, silver and gold. Extensive exploration upside potential lies both near deposit and at prospective step-out targets across the large 10,700ha property concession. The project also demonstrates compelling economics with scalability for future resource growth in the results of the Preliminary Economic Assessment. Located just 80km from Lisbon, Lagoa Salgada is easily accessible by road and surrounded by exceptional Infrastructure. Ascendant holds a 21.25% interest in the Lagoa Salgada project through its 25% position in Redcorp - Empreendimentos Mineiros, Lda, ("Redcorp") and has an earn-in opportunity to increase its interest in the project to 80%. Mineral & Financial Investments Limited owns the additional 75% of Redcorp. The remaining 15% of the project is held by Empresa de Desenvolvimento Mineiro, S.A., a Portuguese Government owned company supporting the strategic development of the country's mining sector. The Company's interest in the Lagoa Salgada project offers a low-cost entry to a potentially significant exploration and development opportunity, already demonstrating its mineable scale. 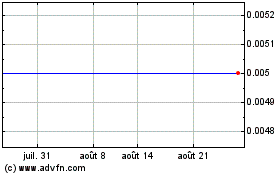 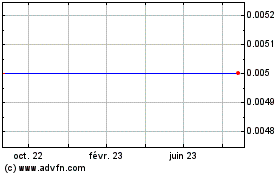 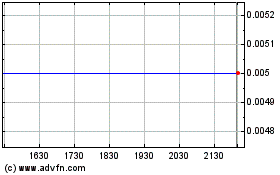