Antibe Therapeutics Inc. (TSX: ATE, OTCQX: ATBPF), a clinical stage company leveraging its hydrogen sulfide platform to develop next-generation safer therapies that target inflammation, is pleased to announce the appointment of Robert E. Hoffman, a Director of Antibe, as the new Chair of its Board of Directors. The Company is also creating two corporate Vice Chair positions to recognize the contributions of Walt Macnee, the outgoing Chair, and Dr. John L. Wallace, Chief Scientific Officer and Director since he founded the Company. As Vice Chairs, they will occupy an esteemed corporate position, providing ongoing counsel to the Company on key business initiatives; Antibe is pleased to note that they will both continue to serve on its Board of Directors. Dr. Wallace is also taking the opportunity to return to his vocation as a research scientist, with a continued focus on enriching the Company’s pipeline.

“These changes mark a new era for Antibe,” noted Mr. Macnee, the Company’s outgoing Board Chair. “In 2013, when John invited me to replace him as Chair, concerns about opioids were just breaching public consciousness. I was excited to join a world-renowned scientist to build a company capable of tackling such a challenge. Today, with otenaproxesul positioned to directly address this crisis, Robert’s background is a perfect fit for Antibe’s ambitions, particularly his experience in the acute pain space and in U.S. capital markets. I’m delighted to pass the baton to Robert and look forward to working with him as we build a leader in anti-inflammatory therapeutics.”

A member of Antibe’s Board since late 2020, Robert E. Hoffman is former CFO of Nasdaq-listed Heron Pharmaceuticals, a commercial stage drug developer with a recently approved acute pain drug. During Mr. Hoffman’s tenure, Heron raised more than $650 million and launched its second commercial therapeutic. His career in the biotech sector began in 1997 at Arena Pharmaceuticals, where he rose to become CFO. While at Arena, he was involved with its IPO and financings raising more than $1.5 billion. For 10 years until 2020, Mr. Hoffman was a member of the Small Business Advisory Committee of the Financial Accounting Standards Board (“FASB”). He is currently President, CEO and Chairman of Kintara Therapeutics (Nasdaq) and a member of the boards of ASLAN Pharmaceuticals (Nasdaq) and privately held FibroBiologics.

Mr. Hoffman observed, “As their patients wake up in the recovery room, surgeons routinely prescribe an oral analgesic, generally used for home recovery too. Despite the opioid crisis, oral therapeutic alternatives have remained largely unchanged, reflecting a 20-year lack of innovation in this category. I’m excited to work closely with Dan and his team in building shareholder value as otenaproxesul moves closer to market as a best-in-class drug for acute pain.”

Dr. Wallace commented, “I am tremendously appreciative of Walt’s guidance as Antibe has matured into a clinical stage biotech listed on a senior North American exchange. Given the ever-growing need for safer and more effective anti-inflammatory medicines, I am grateful to our team for transforming a pharmacological concept into an opportunity to combat the opioid epidemic – and for the chance to continue as a scientist developing better medicines for pain and inflammation.”

Forward Looking Information This news release includes certain forward-looking statements under applicable securities laws, which may include, but are not limited to, the anticipated scope, timing, duration and completion of certain of the Company’s clinical trial programs and studies and the anticipated timing for seeking market approval for certain of the Company’s drugs and therapies for certain additional indications. Any statements contained herein that are not statements of historical facts may be deemed to be forward-looking, including those identified by the expressions “will”, “anticipate”, “believe”, “plan”, “estimate”, “expect”, “intend”, “propose” and similar wording. Forward-looking statements involve known and unknown risks and uncertainties that could cause actual results, performance, or achievements to differ materially from those expressed or implied in this news release. Factors that could cause actual results to differ materially from those anticipated in this news release include, but are not limited to, the Company’s inability to timely execute on its business strategy and timely and successfully compete its clinical trials and studies, the Company’s inability to obtain the necessary regulatory approvals related to its activities, risks associated with drug and medical device development generally and those risk factors set forth in the Company’s public filings made in Canada and available on www.sedar.com. The Company assumes no obligation to update the forward-looking statements or to update the reasons why actual results could differ from those reflected in the forward-looking statements except as required by applicable law. 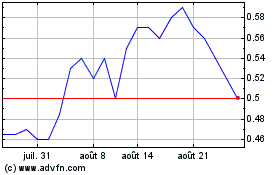 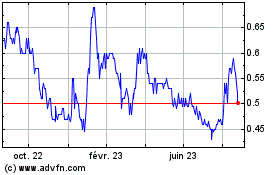 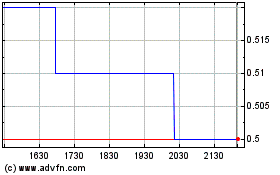