A police-recruit apartment complex, purposely located in an Atlanta neighborhood and secured by Axis Communications video and 2N intercom solutions, is helping to reduce crime and build community.

A state-of-the-art security solution is helping Unity Place, an apartment complex for recruits of the Atlanta Police Department, achieve its mission of reducing crime, improving community policing and providing affordable housing to police officers. It also provides police trainees with a safe place to live while undergoing training. Its location in Atlanta’s Westside was intentional so recruits could become engaged in the urban environment that they will serve once becoming sworn officers.

“We intentionally put Unity Place in a city neighborhood, because as recruits are taking the job and moving to Atlanta, we want to immerse them in the Atlanta culture,” said Marshall Freeman, chief operating officer of the Atlanta Police Foundation. “We think it’s critically important that a person who takes the job from out-of-state understands the community and the residents that they’re going to work with and serve every day. Given those concerns, we obviously knew that we would have to have some building security in order to make sure that there is a level of protection for the facility.”

Unity Place was conceived when an Atlanta police recruit from out-of-state was found sleeping in his car, rather than in an apartment or house, due to housing costs. That occurrence became the inspiration for creating Unity Place, which opened in early 2022. The Atlanta Police Foundation credits Atlanta Mayor Andre Dickens and the Invest Atlanta economic development authority for identifying the abandoned property that became the complex, and helping the Foundation procure it. At just over 15,000 square feet, it is a mix of private apartments with 30 total beds and common areas, including a community room, fitness center, outdoor patio space, and parking lot. “You don’t have to be from out of state to stay there, but the impetus behind why we designed it was to help to solve that need and encourage people to take the job from out of state,” Freeman said.

To equip Unity Place with a comprehensive security system, the Atlanta Police Foundation looked to its partners Compass Security Solutions and Axis Communications. Their goal was to provide resident safety as well as property protection. With the expectation that police recruits would build community relationships by volunteering, attending community service events, and inviting neighbors to visit Unity Place, the security system was intended to fortify the recruits’ safety while they put their focus on serving neighbors.

“The Atlanta Police Department wanted safe and secure housing for cadets. By opening the housing in a neighborhood that needed additional security, they are hoping to have a ‘cop on the block’ presence and forge a better policing partnership with the community,” said Kevin Taylor, Segment Development Manager, Smart Cities, Axis Communications. “Compass Security Solutions, the security integrator on the project, designed a system that includes 25 Axis network cameras installed in indoor common areas and on outdoor perimeters of the four-story building. This gives the police department, including a supervising officer who lives in the complex, comprehensive situational awareness of the facility. What’s more, Axis video analytics are used to detect any loitering next to the building.”

The system uses Axis fixed, dome cameras with HDTV 1080p quality. The dome style provides both an attractive aesthetic and discreet surveillance that doesn’t detract from the welcoming environment of Unity Place. The cameras have a powerful capacity for analytics. Unity Place uses a loitering analytic from Axis, which ignores people walking on the sidewalk, but triggers an alert if people are hanging around too long near the building. The alert can be sent to an officer on patrol.

For controlling access, an IP Verso intercom from 2N, an Axis company, allows only authorized individuals into Unity Place. The video intercom, which integrates with the surveillance camera system, provides alerts to residents when they receive a package or food delivery. This procedure keeps access to the apartment complex stringent.

“Everybody definitely feels secure, which is important to those living there,” Freeman said. “The system gives people that are responding to incidents immediate, real-time situational awareness. The analytics are mind-blowing, because they allow us to minimize the workload on investigators. The system is fantastic. It definitely met the standard to which we hold Axis and Compass Security. It’s been another hugely successful project that we’ve been able to do together.” 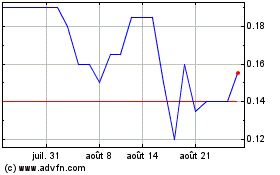 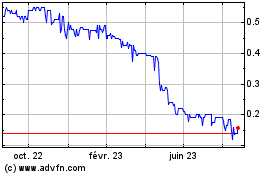 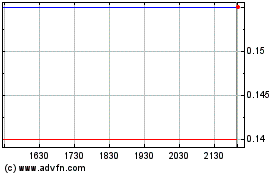