Wallbridge Mining Company Limited (TSX:WM, OTCQX:WLBMF) (“Wallbridge” or the “Company”) today reported a new round of positive drill results from the Company's regional exploration program on the Detour-Fenelon Gold Trend, which is targeting the discovery of satellite deposits and new mineralized zones near the Company’s Fenelon Gold and Martiniere projects (“Fenelon” and “Martiniere”) in Northwestern Quebec.

“Wallbridge’s district-scale property on the Detour-Fenelon Gold Trend covers an area roughly the same distance as Rouyn-Noranda to Val d’Or, yet it is comparatively underexplored. We continue to see excellent potential for additional gold discoveries, with the opportunity to add to our existing resource base at Fenelon and Martiniere,” said Attila Péntek, Wallbridge’s Vice President, Exploration. “Approximately 10% of our 2022 exploration budget is dedicated to grassroots exploration on our properties in this district. Initial programs at Casault and Grasset have already delivered some very positive results and we are confident that we can continue to build on this success over the course of the year.”

Between November 2021 and February 2022, Wallbridge carried out exploration drilling 10 kilometres south-east of the Fenelon deposit, to follow-up on the Grasset Gold showing, where historic intersections include 1.66 g/t Au over 33 metres, with higher grade sub-intervals, such as 6.15 g/t Au over 4.04 metres.

One of the first drill holes of the program, GR-21-109 intersected sulfide-bearing quartz-carbonate veining containing visible gold, assaying 42.63 g/t Au over 0.50 metre. Gold mineralization in this area is hosted by gabbroic intrusive host rocks adjacent to the Sunday Lake Deformation Zone (“SLDZ”), which has an associated unit of thick polymictic conglomerates and is represented by strong brittle-ductile deformation zones. Another drill hole, FA-21-328, testing interpreted structures adjacent to the SLDZ, discovered new gold mineralization with assay results up to 9.98 g/t Au over 0.60 metre.

The geology and orientation of the deformation zones in these holes is similar to the Fenelon gold deposit, and analogous to other well-known gold deposits in the southern Abitibi. Given this very favorable environment for hosting gold mineralization, the Company will continue to explore for new gold zones that may have synergies with a future operation at Fenelon.

As reported in a Wallbridge news release dated October 21, 2021, the Company completed a 13-hole drill program totaling 5,300 metres to test grassroots targets on the unexplored northern part of Casault. This area, one to two kilometres north of the SLDZ, includes the same assemblage of rocks that hosts the Company’s Martiniere gold deposit.

In addition to 6.85 g/t Au over 2.00 metres in CAS-21-123 previously reported, the drill program successfully identified gold mineralization near the eastern border of the property, toward Martiniere. Drill holes CAS-21-126 to CAS-21-130 all intersected anomalous gold mineralization (see Table 1) associated with a volcanic assemblage, a newly discovered ultramafic intrusive complex and the same northwest-southeast structure that is interpreted to control the mineralization intersected in hole CAS-21-123. Structures of this orientation are known to be important conduits for gold at Fenelon, Martiniere, and as reported here, at Grasset and Casault.

A follow-up drill program further testing this newly identified gold mineralized environment will be completed in the second quarter of 2022.

Wallbridge has an option to acquire up to a 65% interest in the 177-square-kilometre Casault Property from Midland Exploration (“Midland”) (see Wallbridge news release dated June 18, 2020). Casault covers a number of grassroots exploration targets four to 12 kilometres west of Martiniere and 34 to 41 kilometres west of Fenelon (see Figs. 1 and 3). The property encompasses more than 20 kilometres of the SLDZ, which hosts the Company’s Martiniere and Fenelon gold deposits and the world-class Detour Lake mine.

An unmanned aerial vehicle (“UAV”) geophysical magnetic survey was completed in the first quarter of 2022 over the Harri Property, which covers 20 kilometres of the SLDZ between the Fenelon and Martiniere projects and the eastern portion of Casault. The purpose of the survey was to provide high resolution magnetic data to help in geologic and structural interpretation and target generation. Such magnetic data has been invaluable at Fenelon in guiding exploration to recognize gold-bearing and other structures.

Further grassroots exploration programs completed in the first quarter of 2022 or planned for later in the year include: biogeochemical (tree bark) sampling, till sampling, outcrop mapping and prospecting, as well as additional UAV magnetics, all with the aim of providing additional geologic information to better define drill targets and improve discovery success.

Figure 3. Geology Map of the northern part of the Casault Gold Property and the Martiniere gold deposit

Drill core samples from the drill programs are cut and bagged either on site or by contractors and transported to SGS Canada Inc., AGAT Laboratories Ltd. or Bureau Veritas Commodities Canada Ltd. for analysis. Samples, along with standards and blanks that are included for quality assurance and quality control, were prepared and analyzed at the laboratories. Casault samples were crushed to 90% less than 2mm. A 250g riffle split is pulverized to 85% passing 75 microns. Samples from Fenelon and Grasset are crushed to 75% less than 2 mm. A 1 kg riffle split is pulverized to 85% passing 75 microns. 50g samples are analyzed by fire assay and AAS. At SGS, AGAT and Bureau Veritas samples >10g/t Au are automatically analyzed by fire assay with gravimetric finish or screen metallic analysis. To test for coarse free gold and for additional quality assurance and quality control, Wallbridge requests screen metallic analysis for samples containing visible gold. These and future assay results may vary from time to time due to re‒analysis for quality assurance and quality control.

The Qualified Person responsible for the technical content of this press release is Peter Lauder, P.Geo, Exploration Manager of Wallbridge.

Wallbridge is focused on creating value through the discovery, acquisition, development, and production of gold from a portfolio of exploration and development stage assets located in established mining jurisdictions within Canada. Wallbridge’s flagship project, Fenelon Gold, is located on the highly prospective Detour-Fenelon Gold Trend in Northern Abitibi, Quebec. A Mineral Resource Estimate completed in 2021 validated the multi-million-ounce potential of Fenelon as well as Wallbridge’s nearby Martiniere Property, incorporating a combined 2.67 million ounces of indicated gold resources and 1.72 million ounces of inferred gold resources. Fenelon and Martiniere, located within a 910-square-kilometre exploration land package controlled by Wallbridge, have the potential to be developed into mines, and are close to existing power and transportation infrastructure. Wallbridge also has interests in several copper, nickel and platinum group metal properties, including a 17.8% interest in Lonmin Canada Inc.

Further information about Wallbridge can be found in the Company’s regulatory filings available on SEDAR at www.sedar.com and on the Company’s website at www.wallbridgemining.com.

This news release has been authorized by the undersigned on behalf of Wallbridge Mining Company Limited.

This press release of Wallbridge Mining Company Limited ("Wallbridge" or the "Company") contains forward-looking statements or information (collectively, “FLI”) within the meaning of applicable Canadian securities legislation. FLI is based on expectations, estimates, projections and interpretations as at the date of this press release.

FLI herein includes, but is not limited to: future drill results; the Company’s ability to convert inferred resources into measured and indicated resources; environmental matters; stakeholder engagement and relationships; parameters and methods used to estimate the mineral resource estimates (each an “MRE”) at the Fenelon Gold and Martiniere properties (collectively the “Deposits”); the prospects, if any, of the Deposits; future drilling at the Deposits; and the significance of historic exploration activities and results.

FLI is designed to help you understand management’s current views of its near- and longer-term prospects, and it may not be appropriate for other purposes. FLI by their nature are based on assumptions and involve known and unknown risks, uncertainties and other factors which may cause the actual results, performance or achievements of the Company to be materially different from any future results, performance or achievements expressed or implied by such FLI. Although the FLI contained in this press release is based upon what management believes, or believed at the time, to be reasonable assumptions, the Company cannot assure shareholders and prospective purchasers of securities of the Company that actual results will be consistent with such FLI, as there may be other factors that cause results not to be as anticipated, estimated or intended, and neither the Company nor any other person assumes responsibility for the accuracy and completeness of any such FLI. Except as required by law, the Company does not undertake, and assumes no obligation, to update or revise any such FLI contained herein to reflect new events or circumstances, except as may be required by law. Unless otherwise noted, this press release has been prepared based on information available as of the date of this press release. Accordingly, you should not place undue reliance on the FLI or information contained herein.

Assumptions upon which FLI is based, without limitation, include: the ability of exploration activities to accurately predict mineralization; the accuracy of geological modelling; the ability of the Company to complete further exploration activities; the legitimacy of title and property interests in the Deposits; the accuracy of key assumptions, parameters or methods used to estimate the MREs; the ability of the Company to obtain required approvals; the results of exploration activities; the evolution of the global economic climate; metal prices; environmental expectations; community and non-governmental actions; and any impacts of COVID-19 on the Deposits, the Company’s financial position, the Company’s ability to secure required funding, or operations. Risks and uncertainties about Wallbridge's business are more fully discussed in the disclosure materials filed with the securities regulatory authorities in Canada, which are available at www.sedar.com.

Covid‒19 ‒ Given the rapidly evolving nature of the Coronavirus (COVID‒19) pandemic, Wallbridge is actively monitoring the situation in order to continue to maintain as best as possible the activities while striving to protect the health of its personnel. Wallbridge' activities will continue to align with the guidance provided by local, provincial and federal authorities in Canada. The Company has established measures to continue normal activities while protecting the health of its employees and stakeholders. Depending on the evolution of the virus, measures may affect the regular operations of Wallbridge and the participation of staff members in events inside or outside Canada. 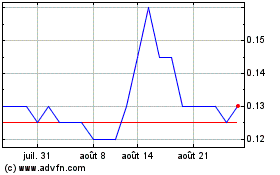 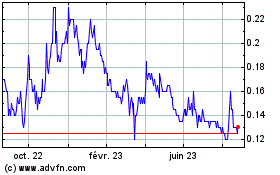 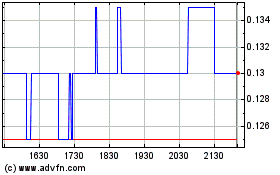