(Exact name of Registrant as Specified in Its Charter)

(Former Name or Former Address, if Changed Since Last Report)

Check the appropriate box below if the Form 8-K filing is intended to simultaneously satisfy the filing obligation of the registrant under any of the following provisions (see General Instructions A.2. below):

On June 24, 2022 (the “Closing Date”), American Eagle Outfitters, Inc. (the “Company”) obtained a new five-year $700 million senior secured asset-based revolving credit facility (the “ABL Credit Facility”), pursuant to an amendment and restatement agreement, dated as of the Closing Date (the “Amendment Agreement”), between the Company, American Eagle Outfitters Canada Corporation (the “Canadian Borrower” and, together with the Company, the “Borrowers”), certain of the Company’s subsidiaries, PNC Bank, National Association as administrative agent and the other parties thereto. The Amendment Agreement amends and restates that certain Amended and Restated Credit Agreement, dated as of January 30, 2019, among the Borrowers, the other subsidiaries of the Company from time to time party thereto, the lenders from time to time party thereto, the issuing banks from time to time party thereto and PNC Bank, National Association, as administrative agent (as amended by the Amendment Agreement, the “ABL Credit Agreement”).

The maximum availability under the ABL Credit Facility for revolving loans in U.S. Dollars is $700 million. The ABL Credit Facility includes (i) a $60 million sublimit for revolving loans incurred by the Canadian Borrower (the “Canadian Borrowing Sublimit”) and (ii) a $60 million sublimit for the issuance of letters of credit. The ABL Credit Agreement also permits the incurrence of an additional $150 million revolving facility on a “first-in, last-out” basis, subject to obtaining commitments therefor. Subject to the availability under the borrowing base and, as applicable, the Canadian Borrowing Sublimit, the Borrowers may make and repay borrowings from time to time until the maturity of the ABL Credit Facility. The Borrowers may make voluntary prepayments of borrowings at any time and must make mandatory prepayments if certain events occur.

Borrowings under the ABL Credit Facility accrue interest at the election of the Company at an adjusted SOFR rate of SOFR plus 0.10% plus an applicable margin (ranging from 1.125% to 1.375%) or an alternate base rate plus an applicable margin (ranging from 0.125% to 0.375%), with each such applicable margin being based on average borrowing availability under the ABL Credit Facility. Interest shall be payable quarterly and at the end of each applicable interest period for borrowing at such adjusted SOFR rate. A commitment fee equal to 0.20% per annum on the unused portion of the aggregate commitments is payable quarterly in arrears.

The proceeds of the ABL Credit Facility will be used for general corporate purposes and working capital for the Company and its subsidiaries.

The ABL Credit Agreement contains covenants customary for financings of this type restricting the Borrowers’ and certain of its subsidiaries’ activities, subject to certain carveouts and exceptions. In addition, the ABL Credit Agreement includes, as a financial covenant, a springing fixed charge coverage ratio which arises when availability under the ABL Credit Facility falls below a specified threshold.

The ABL Credit Agreement contains customary events of default for financings of this type.

The disclosure set forth in Item 1.01 above is incorporated by reference into this Item 2.03.

Pursuant to the requirements of the Securities Exchange Act of 1934, the registrant has duly caused this report to be signed on its behalf by the undersigned thereunto duly authorized. 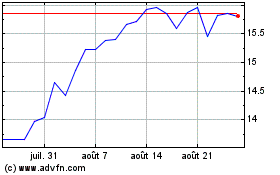 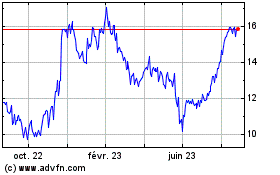 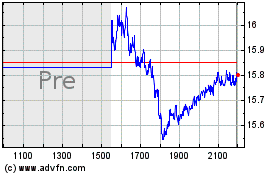