DALLAS, Feb. 28, 2022 /PRNewswire/ -- Ashford Inc. (NYSE American: AINC) announced that it successfully settled a lawsuit on behalf of its managed platform, Ashford Hospitality Trust, Inc. (NYSE: AHT) ("Ashford Trust") against Cygnus Capital, Inc. (together with its affiliates, "Cygnus"), represented by Olshan Frome Wolosky LLP ("Olshan"), as well as certain other defendants including ThornTree Capital and an individual stockholder – Cygnus Chief Executive Officer's mother-in-law, Rebecca Harvey, on highly favorable terms including obligations for the defendants to make a payment exceeding one million dollars to Ashford Trust and to transfer 150,000 shares of Ashford Trust stock to a charitable trust created by Ashford Trust.  The lawsuit settlement agreement contained a confidentiality clause with respect to certain terms, which recently expired.

Through its Complaint, Ashford Trust asserted that Cygnus engaged in material violations of federal securities laws by failing to disclose the formation of an undisclosed stockholder group which acquired, in aggregate, over 20% of Ashford Trust shares, well in excess of the 9.8% ownership limit contained in Ashford Trust's charter.  The Complaint also alleged that the defendants formed a group pursuant to Section 13(d) of the Securities Exchange Act of 1934 that acted like a "wolf pack," coordinating purchases and acting in concert without disclosing their activities as required by law.  The three parties, whose principals have all known each other for decades, would have the public believe that their almost simultaneous purchase of shares was just a coincidence.  It was not explained how Olshan missed these obvious infractions while conducting their due diligence before deciding to pursue a proxy contest on behalf of Cygnus.

In Ashford's experience, Olshan has had a history of poorly advising their naïve, first-time-activist clients. The ill-advised proxy contest launched by Cygnus quickly unraveled based on developments in the lawsuit filed by Ashford Trust.  First, on February 15, 2021, Ashford Trust filed a pleading entitled, "Notice of Evidence of Potential Inaccuracy in Sworn Declaration from Rebecca Harvey," in which Ashford Trust notified the Court of discrepancies between the sworn testimony of Ms. Harvey and records that were flatly inconsistent with the story told by Ms. Harvey under oath.  Then, on February 18, 2021, the Court ordered Cygnus to produce records of electronic communications among the defendants relating to their alleged violations of the securities laws.  Shortly after the Court's Order, rather than turn over e-mails and text messages that would have further revealed the truth about defendants' actions, Cygnus withdrew its proxy contest and took immediate steps to quickly and quietly settle the lawsuit.  On February 22, 2021, Cygnus withdrew its nominations of all of its director candidates for election at Ashford Trust's 2021 Annual Meeting of Stockholders.  The withdrawal of four nominations followed the prior withdrawal of other nominees.  Such serial withdrawals of nominees in a proxy contest are rare and, in Ashford Inc.'s view, reflect the actions of an inexperienced, clumsy activist with insufficient and poor guidance from counsel.

"We are pleased that we settled this case on such favorable terms for our shareholders and the charitable trust," said Monty J. Bennett, Ashford Inc.'s CEO and Chairman, "Now that their wrongful attempt at taking over Ashford Trust has ended, we will continue to focus our time and energy on maximizing value to shareholders and navigating the ongoing pandemic." He continued, "The efforts of these unaccomplished hedge funds, such as Cygnus, have resulted in nothing beyond costing their investors and targets' shareholders substantial legal and other unnecessary costs.  I strongly suggest that anyone considering engaging with Cygnus or their counsel, Olshan, rethink such engagement.  Their involvement with any public platform, in my opinion, will bring nothing but decreased shareholder value.  We are thankful we were able to return our focus to rebuilding the lives of our employees, our families, and our company." 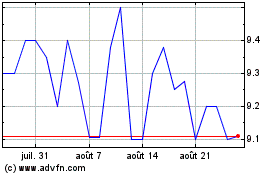 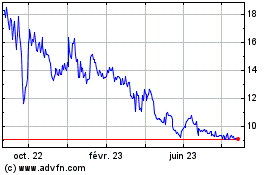 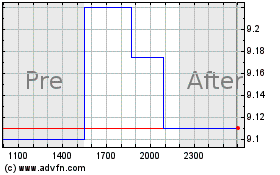