Commenting on the results, Philippe Berterottière, Chairman and CEO of GTT, said: “With 134 LNG carrier orders, our core business during the first nine months of 2022 has broken all previous sales records, highlighting the continuation of particularly strong momentum. The surge in demand for LNG, particularly in Europe, is fuelling further demand for LNG carriers, underpinned by investment in liquefaction plants and increased construction capacity at shipyards.

In the LNG as fuel business, GTT booked 42 orders during the first nine months of 2022. While the high price of LNG in Europe could slow order intake in the short term, GTT is convinced of the relevance of its solutions and the potential of this activity over the medium and long term.

GTT maintains a tireless focus on R&D to meet its customers’ energy transition needs and the tightening requirements they face. Over the first nine months, we obtained numerous approvals from classification societies to develop new technologies in a wide range of fields, particularly in LNG as fuel, but also for the design of a hydrogen carrier and an innovative design for a three-tank LNG carrier.

From a financial perspective, Q3 2022 revenues were up 4.1% versus Q3 2021. As expected, nine-month 2022 revenues were down compared to the same period in 2021 due to an unfavourable base effect, which is gradually disappearing thanks to the strong order momentum.

In addition, the Group confirms its 2022 targets with results expected to reach the lower half of the initial target range, as announced in the first half results release.”

In addition to the 38 orders for LNG-powered vessels received in the first half of 2022, four new orders were received in the third quarter of 2022, bringing the total to 42 orders for the first nine months. While the high price of LNG in Europe could slow order intake in the short term, GTT is convinced of the relevance of its solutions and the potential of this business over the medium and long term.

In the third quarter of 2022, GTT signed two new Technical Assistance and Licensing Agreements (TALA), with the Yangzijiang Shipbuilding and China Merchants Heavy Industries shipyards for the construction of GTT membrane containment systems. This brings to five the number of construction sites now operating in China and contributes to increasing vessel construction capacity.

In July, GTT signed a contract with Antarctica21, the world’s leading operator of fly and cruise expeditions to Antarctica, to install “GTT Digital” smart shipping solutions in its cutting-edge expedition vessel Magellan Explorer.

Following the selection by the European Commission of Elogen’s “gigafactory” project and the strengthening of its R&D division as part of the Hydrogen IPCEI, Elogen has been awarded a maximum of €86 million in subsidies by the French government. An agreement regarding this subsidy will shortly be signed with Bpifrance. For the record, the Elogen gigafactory will start production in 2025 with a production capacity of over 1 GW.

Furthermore, in July 2022, Elogen was selected by Symbio to supply an electrolyser with an initial capacity of 2.5 MW for Symbio’s new fuel cell plant. This new contract represents an important milestone for Elogen, as it highlights the company’s ability to deploy its technologies on multi-megawatt capacities for large industrial projects.

Finally, as previously announced, in the first half of 2022 Elogen entered into several international partnerships for the manufacture and sale of electrolysers for producing green hydrogen:

Innovation: development of new technologies in a wide range of fields

In the first half of 2022, GTT received several approvals in principle from classification societies, including:

In the third quarter of 2022, GTT obtained five new approvals in principle from:

At September 30, 2022, the order book excluding LNG as fuel stood at 269 units, breaking down as follows:

Regarding LNG as fuel, following the delivery of four vessels, and orders for 42 container ship tanks, the number of vessels in the order book stood at 70 units at September 30, 2022.

Evolution of consolidated revenues for the first nine months of 2022

Update on exposure to Russia

Work on projects in which the Group is involved in Russia is currently continuing, in compliance with the applicable sanction regimes.

Given the impact of international sanctions on LNG liquefaction projects in Russia, the continuation and successful execution of these contracts are still exposed to risks of postponement or cancellation. In particular, sanctions are still affecting Russian imports of certain products and equipment used in current projects, including the Zvezda project. Furthermore, as previously announced, in July Saren B.V. notified GTT of its intention to terminate the contract between them. The termination date has not yet been finally set. In this context, GTT continues to investigate solutions to ensure the proper implementation and integrity of its technology, in strict compliance with international sanctions.

As a reminder, other orders in progress in Asian shipyards for six ice-breaking LNG carriers and two FSUs9 are specifically intended for Russian Arctic projects. These projects are currently proceeding according to plan. At October 1, 2022, these orders represented total revenues of €31 million for GTT, to be recognized by 2024, including €7 million in Q4 2022.

Finally, eight conventional LNG carriers ordered by international shipowners, under construction in Asian shipyards, are intended for the Arctic LNG 2 project, but can operate in all types of conditions.

In its 2021 annual results press release dated February 17, 2022, the Group issued the following targets for 2022, assuming no significant order deferrals or cancellations:

Given delays in shipbuilding schedules for certain vessels during the first nine months of 2022, the Group confirms its forecast that revenues and EBITDA will reach the lower half of the ranges announced in February.

In the longer term, the Group should benefit from the current strong order momentum and expects to achieve significantly higher revenues and earnings from 2023 onwards versus 2022.

Philippe Berterottière, Chairman and Chief Executive Officer, and Virginie Aubagnac, Chief Financial Officer, will comment on GTT’s business during the first nine months of 2022 and answer questions from the financial community during a conference call to be held, in English, on Thursday, October 27, 2022 at 6:15 p.m. Paris time.

This conference will also be broadcast live on GTT’s website (www.gtt.fr/finance). To participate in the conference call, please dial one of the following numbers five to ten minutes before the start of the conference:

About GTTGTT is a technological expert in containment systems with cryogenic membranes used to transport and store liquefied gases. For over 50 years, GTT has been designing and providing cutting-edge technologies for a better energy performance, which combine operational efficiency and safety, to equip LNG carriers, floating terminals, land storage, and multi-gas carriers. GTT also develops systems dedicated to the use of LNG as fuel, as well as a full range of services, including digital services in the field of Smart Shipping. The Group is also active in hydrogen through its subsidiary Elogen, which designs and assembles electrolysers notably for the production of green hydrogen.

The figures presented here are those customarily used and communicated to the markets by GTT. This message includes forward-looking information and statements. Such statements include financial projections and estimates, the assumptions on which they are based, as well as statements about projects, objectives and expectations regarding future operations, profits, or services, or future performance. Although GTT management believes that these forward-looking statements are reasonable, investors and GTT shareholders should be aware that such forward-looking information and statements are subject to many risks and uncertainties that are generally difficult to predict and beyond the control of GTT, and may cause results and developments to differ significantly from those expressed, implied or predicted in the forwardlooking statements or information. Such risks include those explained or identified in the public documents filed by GTT with the French Financial Markets Authority (AMF – Autorité des Marchés Financiers), including those listed in the “Risk Factors” section of the GTT Registration Document filed with the AMF on 27 April 2021, and the half-year financial report released on 28 July 2021. Investors and GTT shareholders should note that if some or all of these risks are realised they may have a significant unfavourable impact on GTT 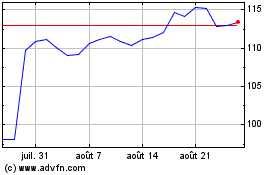 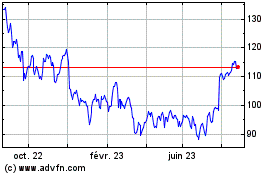 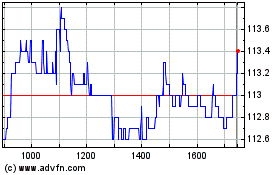